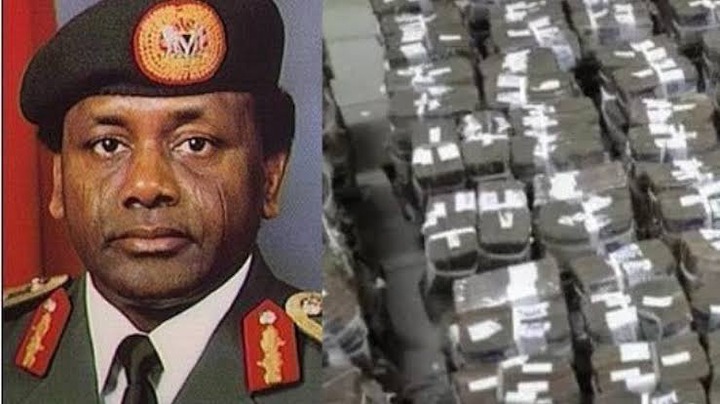 Those who refer to Gen. Sani Abacha as Nigeria's most productive ancestor are not wrong after all.

With more than a trillion Naira recovered so far, Abacha loot remains a major source of revenue for the Federal Government.

According to a tweet made by @TransparencITng, The Nigeria Government has recovered the following amount of money since 1998:

The then head of state, General Abdusalami Abubakar, recovered $750m from Abacha's family.

$160m was recovered from Jersey in British Isles.

The government of Switzerland once more, returned $88m of the entire loot under President Olusegun Obasanjo's tenure.

The government of Switzerland returns $461m to Nigeria.

Yet another sum of $44m from the government of Switzerland where Abacha kept most of his loot.

This year, $227m was recovered from Liechtenstein during President Goodluck Jonathan's administration.

Abacha's loot once more came to Nigeria's needs as $322m was returned to President Muhammadu Buhari's administration by the Swiss government.

The latest batch of the loot is $308m from the United States, also during President Buhari's administration. 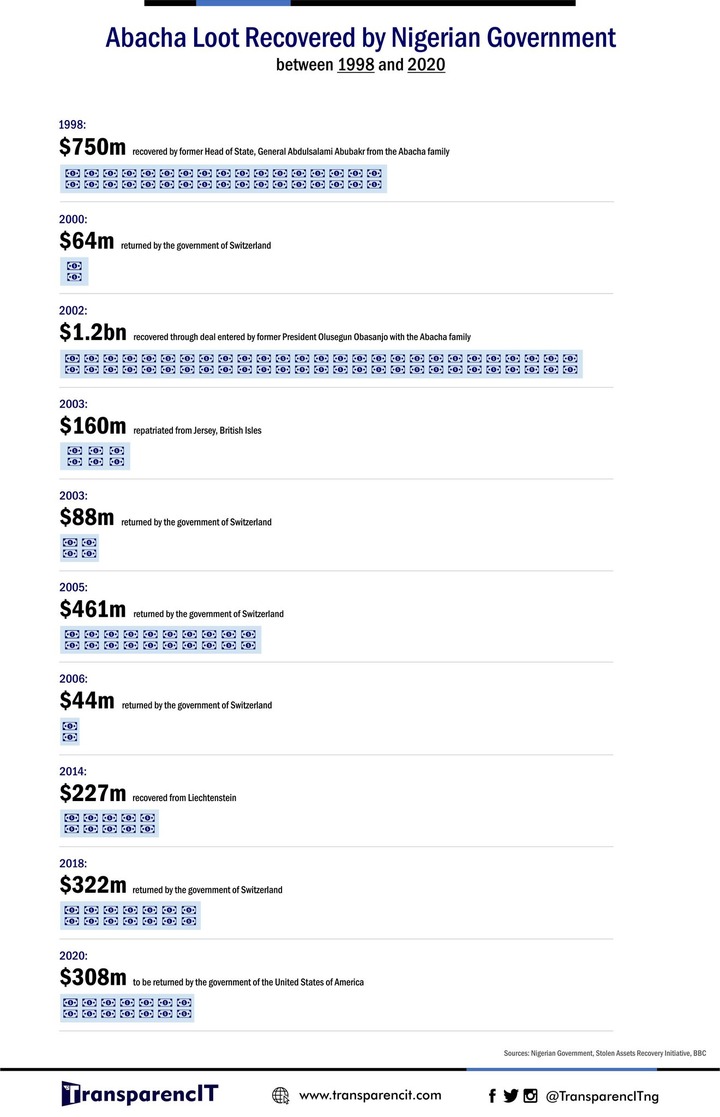 In all, the total figure is $3.6bn. Can you guess what the FG will use the most recent funds for?