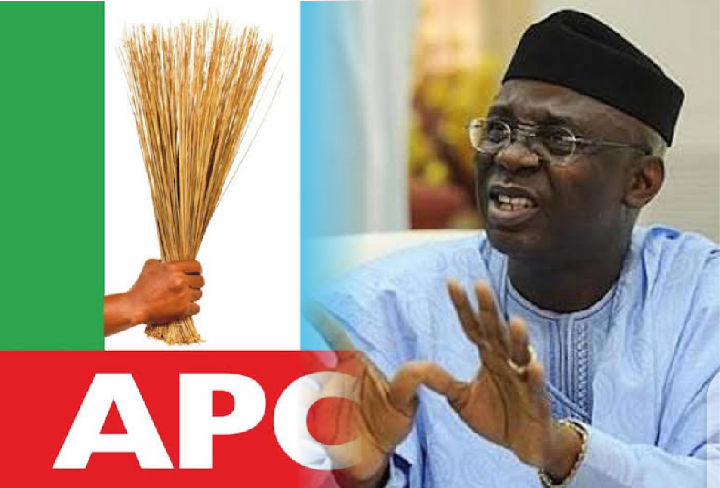 Crisis hit APC ahead of Saturday’s states congress in Edo

A chieftain of the All Progressives Congress (APC) and candidate for the APC Chairmanship position in Edo State, Chief Francis Inegbeneki on Thursday called on the Mai Mala Buni led leadership of the party to raise up to the occasion to intervene and stop the APC in Edo State from imminent political annihilation.

Addressing a press conference in Benin city, Inegbeneki said another crisis is brewing in the state following plans to impose a state executives in the forthcoming Edo APC State Congress. 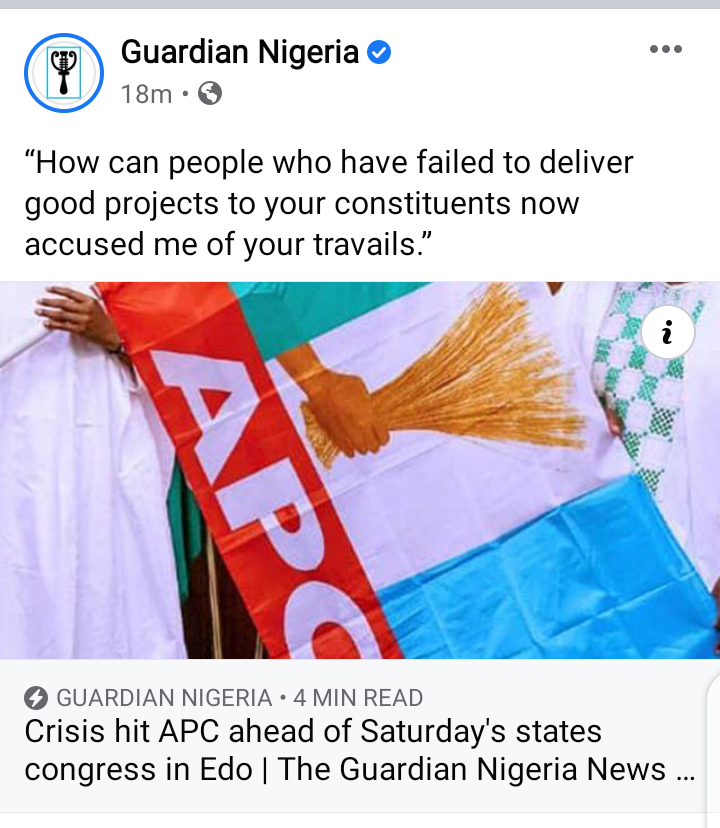 Inegbeneki who dismissed the claims in some quarters that the party had adopted consensus arrangement said , he is still in the race for the party’s state chairmanship position come Saturday.

He maintained that the move by some unscrupulous leaders to adopt consensus was alien to the party’s constitution. Describing such move as undemocratic, Inegbeneki called on the All Progressives Congress Caretaker chairman , Mai Mala Buni to wade into the undemocratic decision to impose an incompetent state executives in Edo APC.

Tunde Bakare, founder of Citadel Global Community Church, says the region where the next president comes from does not matter.

Speaking with reporters at the presidential villa after meeting President Muhammadu Buhari on Friday, Bakare said Nigerians are only bothered about a leader who will ensure that the country prospers. 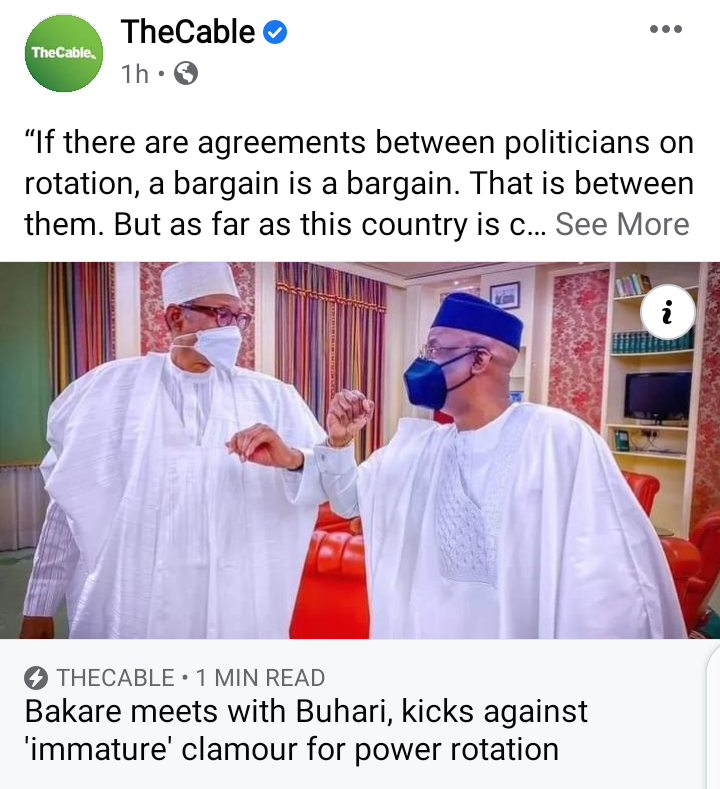 The pastor said the “immaturity” of the citizens is responsible for “making us say power must either be in the north or be in the south, instead of looking for the best”.

“Listen to me, if where the president comes from will make the place he has come from to be better, the northern part of Nigeria should be richest and should be the most progressive and the most developed because out of 61 years, the north has produced either the president or heads of state for 40 to 41 years and yet, see the retrogression in the north,” he said.

The Peoples Democratic Party, PDP, Ebonyi State chapter has vowed to conduct a credible, fair and violence-free state congress that is slated to hold on Saturday. 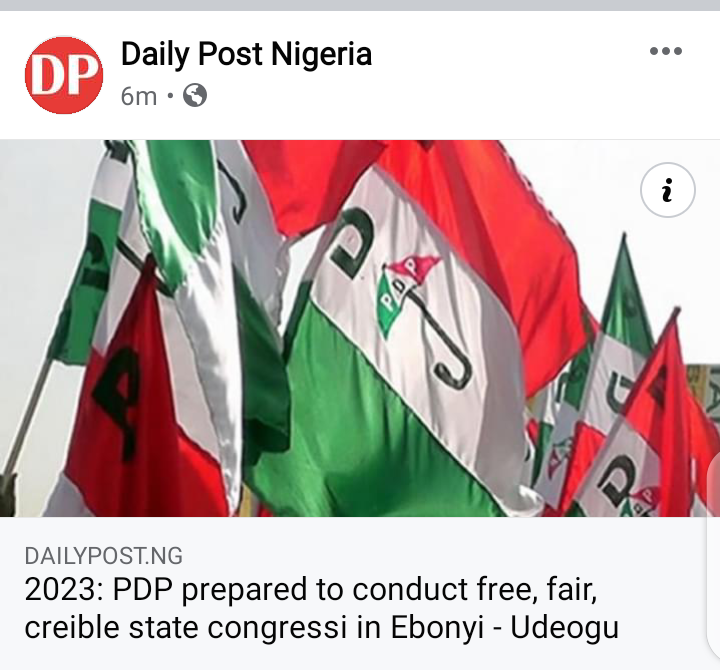 The chairman of the party, Fred Udeogu, who made this known while speaking with journalists in Abakaliki, said the party is prepared to elect its state leaders that will conduct the 2023 general elections.

He stated that the party resorted to using private facilities for its congresses and programmes, because it was aware the ruling All Progressives Congress, APC, administration in the state, will not grant its request to use government-owned facilities.

The Kaduna State Government on Friday, inaugurated the preaching regulatory council with the aim of stemming any act of religion that will trigger conflict in the state. 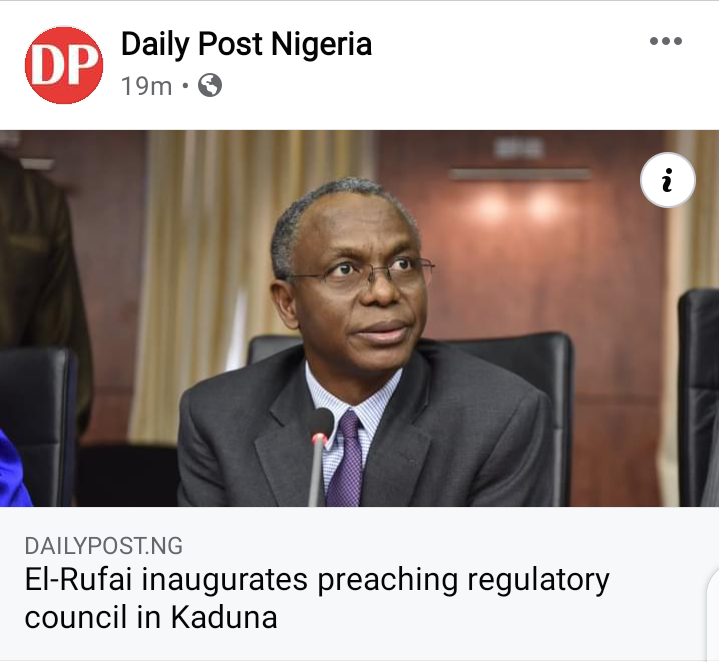 Governor Nasir El-rufai, who inaugurated the council at the Kashim Ibrahim House, Kaduna on Friday, said, religion must not be used for economic and political exploitation.

According to El-rufai, a religious preaching edict has been in place in the state since 1984, but his administration failed to implement it after reviewing the laws in 2016.