By BolajiB (self media writer) | 1 year ago 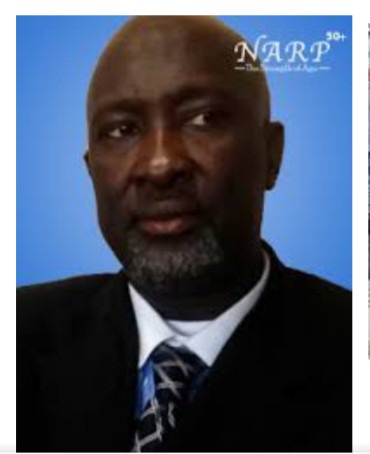 Please read the reply sent by Professor Yusuf Dankofa of Faculty of Law, A.B.U. Zaria to Mr. Shakabula when he sent a letter to him that his Organisation wants to confer an "award of honour" on him.

forgiveness for making my reply viral. You know, some of us in the academia can be very overbearing.

organisation's offer to award or if I may use your exact words "confer on me a distinguished merit award for being meritorious".

attract garlands for me.

If indeed I am meritorious, am I not being paid for that? Didn't my employers

in my schedule of duty anticipate that I would fulfil my duties diligently under the oath of my office?

Why is it that in Nigeria we like to over rate the elites and undervalue the downtrodden?

If you are to give an award, why not Mal. Usman, d departmental messenger who is constantly overworked and underpaid by the system, yet end up with poor work evaluation?

If indeed, you are interested in rewarding those who have done extra ordinary feats, I think Mal. Ilya the

departmental driver, who has spent over 25 years driving us to all the nooks and corners of this country in the rickety departmental bus should have caught your fancy for this purpose.

Mal. Iliya has remained dedicated and contented with his meagre salary unlike the overrated elites who draw fabulous salaries for sitting in their air conditioned offices for only 5 hours a day.

Mal. Iliya does not have closing hours, he does not have a sensible overtime emolument and when we are outside jurisdiction, Mal. Iliya does not have the luxury of sleeping in a hotel. He spends the night in his rickety vehicle and if not that God appreciates the commitment of Mal. Ilya, by giving him divine protection, he would long have been dead due to the effects of ravaging mosquitoes.

If your organisation can not spot people like Mal. Iliya and shortlist them for such honours, then you people are culpable in the distortions that down play the elevation of real patriots in Nigeria

Overtime you have spent unnecessary time promoting our leaders by conferring unto them undeserved honours.

How can ministers and governors be constantly honoured when they are

If a Governor plants a tree, you people will write a book in his honour.

Let him pay salaries of workers, he will be rewarded with a Ph.D.

If the governor marries second wife nko? You guys will decorate him and the second wife with national awards.

Let him build 3 blocks of classroom in any local area, he will be rewarded as the Waziri of that locality.

The question may then be asked, why clapping for someone who has been mandated by law to

provide such community services bearing in mind that under the principle of public accountability, he should be taken to task if he fails to deliver?

Capitalism no doubt in context and forms continues to antagonise the poor even when it is clear that the commitment of the poor to nation building far out performs that of the rich.

Whenever soldiers come out of any war successful, the Generals would be rewarded with so many medals and garlands while the nurses, the drivers and other non visible members of the force would be excluded, forgetting the fact that that victory may not have occurred without those who performed

the above services on the battlefield.

That is the nature of capitalism. It downplays any heroic effort of the lower class and project the antics of the

Therefore, Mr. Shakabula, I will advice that you start recognising the role of

Adamu the cleaner, who has been cleaning my office and others in the department for the past 25yrs without which I may not have gotten the

peace of mind and the composure to sit in the office and engage in research.

The same Adamu after cleaning our offices will move to the library and make it dust free including all the lavatories.

Mr. Adamu lives on 15k a month with 4 children and one wife, he has never stolen public fund nor accepted public fund as a gift unlike our shameless elites whom you always accord extra ordinary feats upon.

Mr. Adamu a honest labourer has not gotten your fancy, why?

Why does capitalism shamelessly promotes an exclusionist agenda against honest men that are economically disadvantaged?

Mr. Shakabula, I will only accept your medal of honour if you can provide answers to my questions.

Why and why have you refused to recognised the good works of madam Rebecca the female labourer who sweeps our streets everyday for pittance and unjustly promote the man that embezzles public funds or that man that capitalism has conferred upon an undue advantage.

Content created and supplied by: BolajiB (via Opera News )