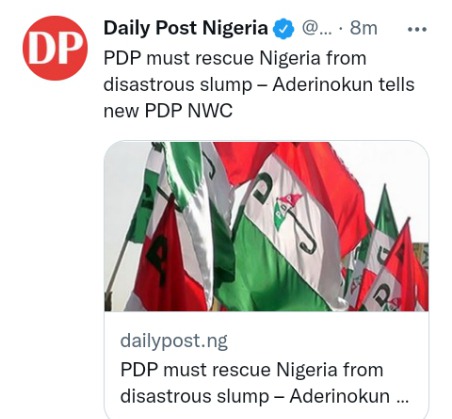 A call has gone to the newly elected National Chairman of the Peoples Democratic Party (PDP), Senator Iyorchia Ayu and other members of the party’s National Working Committee (NWC) to work hard in order to rescue the Nigerian nation from bad governance and the disastrous slump it suffered under the All Progressives Congress (APC).

A chieftain of the party, Chief Olumide Aderinokun said this in a statement made available to DAILY POST in Abeokuta on Tuesday.

According to Aderinokun, the mission to rescue Nigeria in 2023 had commenced with the PDP’s hitch-free national convention, charging Ayu and his NWC members to keep their eyes on the ball. 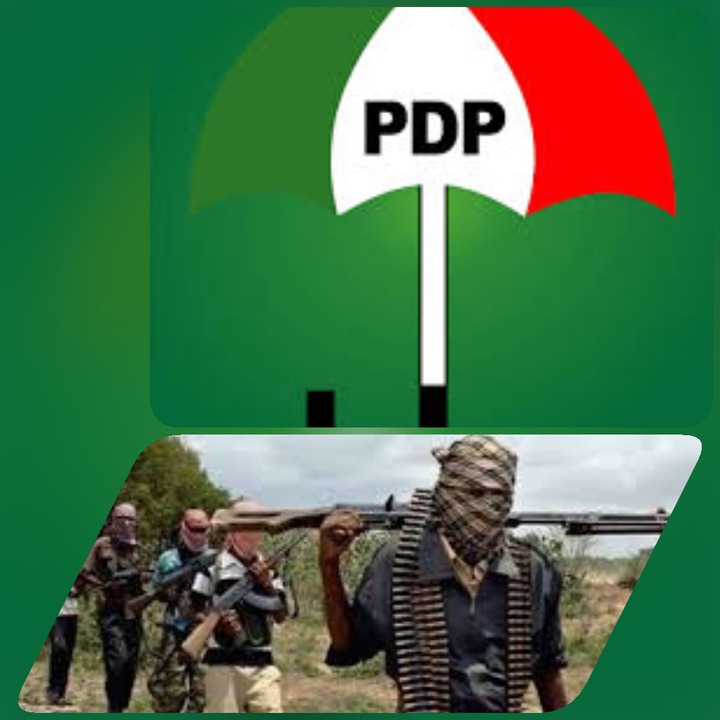 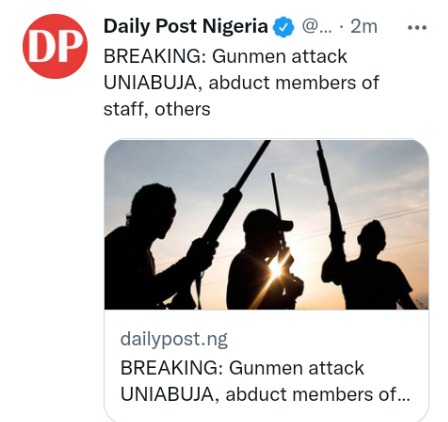 Unknown gunmen have attacked the University of Abuja, UNIABUJA staff quarters, abducted unspecified number of members of staff and some of their family members.

DAILY POST gathered that the unfortunate incident occured in the early hours of Tuesday (today) when the assailants invaded the school premises shooting sporadically before whisking some victims away to an unknown destination.

The Federal Capital Territory, FCT Police Public Relations Officer, DSP Josephine Adeh confirmed the incident in a statement she issued and made available to DAILY POST on Tuesday morning

What l told a lady at#COP26 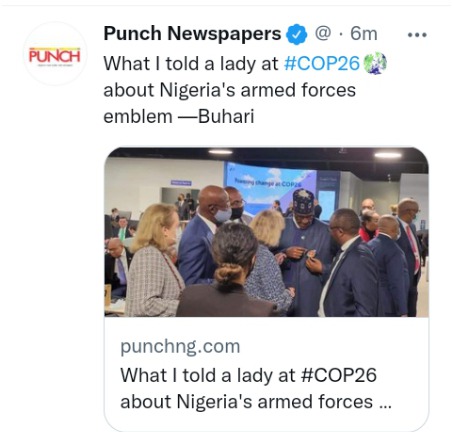 The President, Major General Muhammadu Buhari (retd.), has told participants at the 2021 United Nations Climate Change Conference in Glasgow, Scotland that the Armed Forces Remembrance emblem is a symbol to remember and honour Nigeria’s fallen veterans.

Buhari made this known when a lady approached him to know the meaning of the emblem he had pinned to his chest during the event.

Presidential aide, Buhari Sallau, who shared a photo of the moment, quoted the President as saying, “Today at #COP26, I had an unexpected opportunity to highlight the gallant sacrifices our troops are making on our behalf. 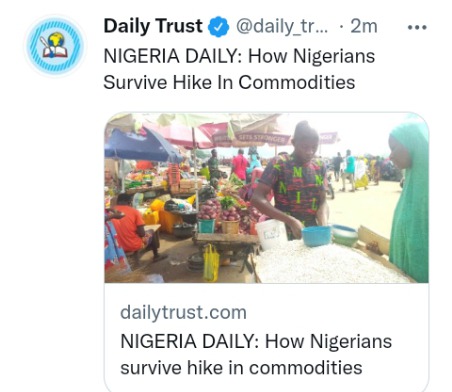 Whenever you go to the market to buy something, the price you buy a particular product will surely increase, double or triple. Why is it so? How do Nigerians survive?

ln today’s episode of Nigeria daily, we continue to look into inflation and how it is affecting buyers and sellers alike. We speak with some traders in the Utako modern market who share with us how they are coping with the inflation of goods and services. 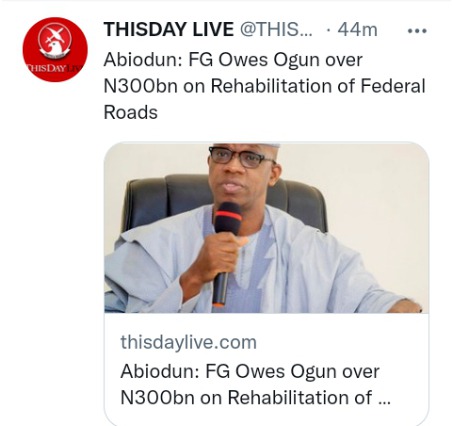 Ogun State Governor, Dapo Abiodun, has revealed that the federal government is owning the state over N300 billion as money spent on the rehabilitation of federal roads across the state.

Abiodun made this known while playing host to members of Igbobi College Old Boys Association who paid him a courtesy call in his Oke Mosan office.