By Fehinti1 (self media writer) | 1 year ago 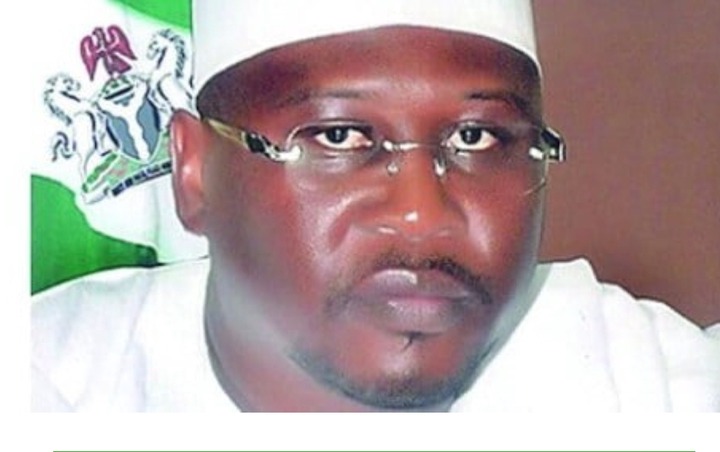 The Federal Airports Authority, on Tuesday, has been accused of allegedly violating the Covid-19 protocols put in place at the domestic wing of the Port Harcourt International Airport, Omagwa, Port Harcourt, Rivers state.

In a statement made available by the Federal organization which manage all Commercial Airports and provide service to both passenger and cargo airlines in the country, Governor Fintiri was alleged to have refused to allow the staff of the airport to check his temperature and that of his entourage.

The statement further disclosed that the Adamawa state Governor refused to sanitise his hands and as well rejected their baggage from been sanitised by the airport staff, as stipulated by the protocols of the Coronavirus pandemic put in place in all the functional airports in the country.

In all the Nigerian functional airports, according to Naija News, the Federal Airports Authority of Nigeria had put in place protocols, as specified, which include mandatory temperature checks for all passengers, without the exclusion, of Very Important Personalities, VIPs, and their aides at the airports across the country.

FAAN, however, claimed that the governor and all people that came to receive him at the terminal shunned the rules as they drove right through the barricades ignoring traffic and Aviation Security instructions.

FAAN, according to the statement, views the action of the Governor and his team as “irresponsible” and “unacceptable”.

The statement reads thus:“The Management of the Federal Airports Authority of Nigeria hereby strongly condemns the conduct of the Governor of Adamawa state Alh Ahmadu Umaru Fintiri, who arrived Port Harcourt International Airport aboard aircraft 5N-IZY, at 17:08 hrs on 14th July 2020 with 8 others, and who flagrantly refused to observe the Airport Security and Public Health protocols as directed by the Federal Government through the Presidential Task Force on COVID-19 by refusing to have his temperature checked, or being sanitised by the health officials.”

“His whole entourage of 8 did exactly as he did. The team that came to receive them drove right through the barricades up to the terminal building ignoring traffic and Aviation Security instructions.

This irresponsible act endangers all other airport users, it is unacceptable, and as such it has also been duly escalated. FAAN hereby cautions all airport users, especially our esteemed VIPs, to please respect the Presidential directive by observing airport Security and Public Health travel protocols put in place to protect all air travellers against acts of unlawful interference, infection and the spread of the COVID-19 pandemic.”

Content created and supplied by: Fehinti1 (via Opera News )