Death of Tolulope Arotile: Burial Date had Been Disclosed

By TruceMorey (self media writer) | 2 years ago 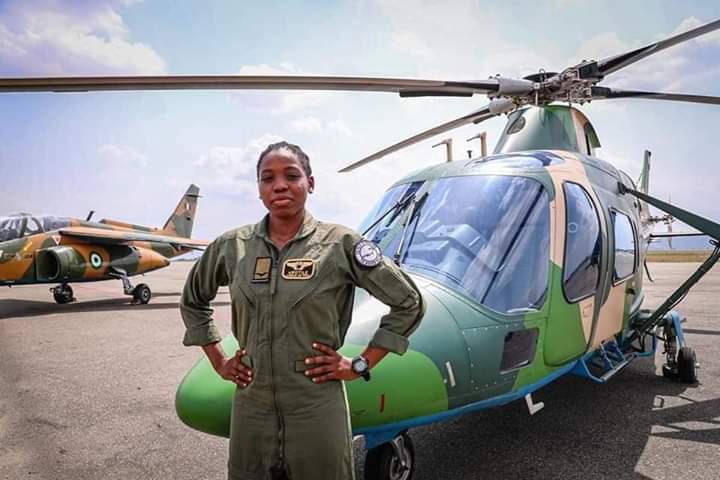 The body of the Nigeria's first female combat helipcopter pilot, late Tolulope Arotile who died on Tuesday 14 July, 2020 will be laid to rest on 23rd July, 2020 with full military honours at the National Military Cemetery in Abuja.

Late Tolulope Arotile's burial information was made known after the condolences visit of few members of the Federal Executive Council plus members of the National Assembly to the Chief of the Air Staff (CAS), Air Marshal Sadique Abubakar on Thursday, 16 July 2020 over the sudden death of the late Flying Officer. 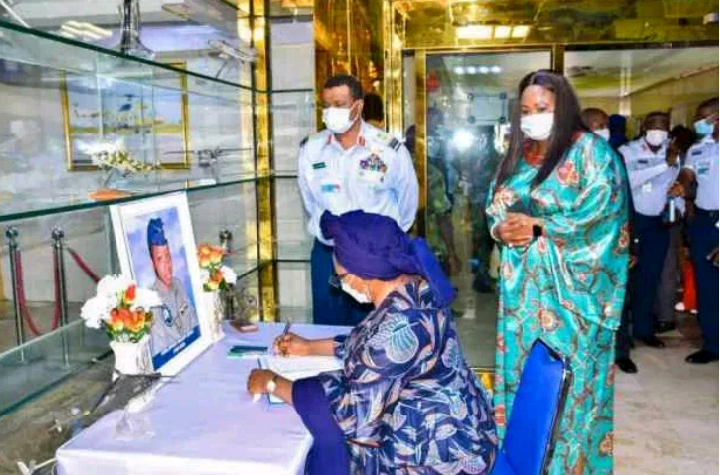 The Minister of Women Affairs, Dame Pauline Tallen made her reactions known that she was shocked when she received the news of the death of Flying Officer, Tolulope Arotile.

According to BUSINESS DAY, they gathered that Dame Pauline noted that the death of the young pilot would not be in vain as she would forever be remembered for her gallantry and contributions towards ensuring a secure Nigeria.

While conveying his condolences, the Minister of Information, Alhaji Lai Mohammed, on his part, prayed that God would grant Flying Officer Arotile’s soul peaceful repose and her family the fortitude to bear the irreparable loss. (source: Vanguard)

The Chairman Senate Committee on Air Force, Senator Bala Ibn-Na’Allah, noted that nobody among the delegation could have the right word to express how painful the Flying Officer, Arotile's death was to them.

It was noted that commendations were given to the late Flying Officer by Senator Bala Ibn-Na'Allah as a "dedicated and goal-oriented young woman who lived an exemplary life that was worthy of emulation by other young Nigerians. While reiterating that the Nigerian Senate shares in the pain of the Service as well as that of the Arotile family. He further urged the NAF to continue to give opportunities for many young Nigerian girls to realize their dreams of serving their country as pilots in the NAF (source: BUSINESS DAY).

The Chairman House Committee on the Air Force, Hon Shehu Koko, on his part, while recalling the day Flying Officer Arotile was winged as the first female combat helicopter pilot in the NAF, noted that they at the House of Representatives, being aware of the many exploits the young officer had made in her short but impactful career, were extremely pained by her passing away but had taken solace in the fact that she had left a lasting legacy.

He, therefore, urged the CAS, and through him, the family of the deceased young officer to be consoled by the good deeds she left behind.

In his response during the visits, the CAS expressed his appreciation to the esteemed dignitaries as well as all Nigerians for their overwhelming show of support to the NAF over the passing of Flying Officer Arotile.

He noted that the NAF would never forget her, not only because she was the first female combat helicopter pilot in the Service, but also because of her legacy as a very intelligent, highly committed and extremely patriotic officer who excelled in virtually every endeavour. (Source: Vanguardngr)

May the good Lord console the family of the deceased and may her gentle soul rest in perfect peace.

Content created and supplied by: TruceMorey (via Opera News )