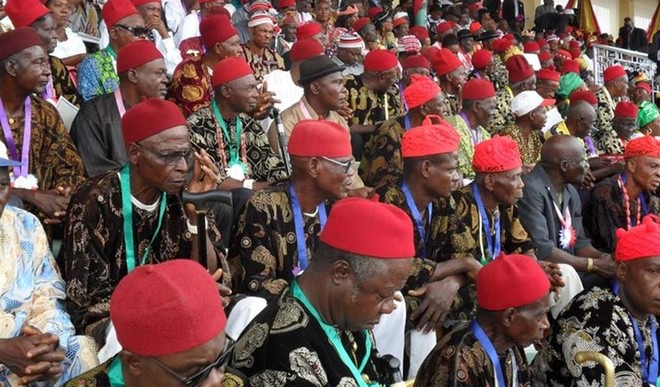 As the debate over which geo- political zone should produce the 2023 Presidency, a prominent Yoruba leader and a Chieftain of the Peoples Democratic Party, PDP, Chief Ebenezer Babatope, has called for the South East region to be given the nod.

Babatope, a former Minister of Transportation, said: “As far as I am concerned, what will make Nigeria work is to ensure the Presidency goes round the country, adding that for equity and fairness the South East zone should be considered

“As it is now, the South-East is yet to be allowed to produce a President since the return of democratic rule, but this is not compulsory because the political parties have a right to do what they want. “I think, in all fairness, Justice and equity, we should allow the South-East geo-political zone to produce the President but if that is not possible by the calculation of the political parties, they should ensure that justice and fairness dominate what they want to do in terms of zoning the presidency. I belong to the Peoples Democratic Party and I believe the PDP will allow justice and fair play to play out.”

In the same vein, two other prominent National figures have also demanded that the North cede power to the South upon the completion of President Muhammadu Buhari second term in 2023.

A former governor of Zamfara State Abdulazeez Yari over the weekend noted that power should return to the Southern part of the country in the spirit of rotational presidency.

While a chieftain of the Pan Yoruba socio cultural group, AFENIFERE, Chief Ayo Adebanjo said aside the demand for restructuring, the South should also get the 2023 Presidency.

But these viewpoints are in contradiction with the statement credited to Mallam Nasir El-Rufai, Governor of Kaduna state that power should remain in the North in 2023.