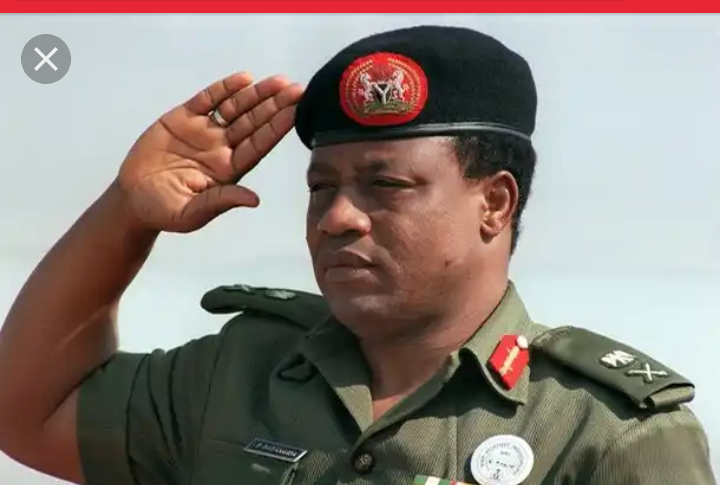 Born in Minna, Nigeria, on August 17, 1941, Babangida was one of two surviving children, the other a girl named Hannatu, out of five children, between Muhammadu Badamasi and his wife, Aishatu.

When both parents died after taking ill, young Ibrahim and his younger sister, were suddenly thrust into the care of Halima, their grandmother.

But if you want to make God laugh, tell Him your plans for tomorrow.

A visit by Alhaji Ibrahim Tako, minister of state for defence, to the provincial secondary school, Bida, where Babangida was a student, was all it took to jettison his engineering ambition for a career in the military.

Accompanied to the school by some young military officers of northern extraction, including then Capt. Yakubu Gowon who would later become head of state, the minister had come to urge Babangida and his fellow young classmates to consider a career in the military.

Once Babangida and more than a dozen of his classmates accepted the advice, the destiny of not only his life, but that of Nigeria as a country, would alter thence.

There’s ample evidence in the book to conclude that Babangida was a good professional soldier who was very well liked and widely admired, like he had always been from childhood.

But he was also covertly politically ambitious, with his sights set laser-like on seizing political power someday. This, then, is the crux of the matter.

Babangida is benevolent, yet he’s a ruthless dictator eager to crush the opposition to smithereens for the sake of power.

He’s brave and daring (as when he confronted Lt. Col Buka Suka Dimka, the drunken, dangerously armed coup maker, bare-handed even as he threatened to shoot Babangida), yet he can also be as nervous as an old hen (as on the night before the coup that brought him to power).

He’s also as vindictive against traitors as he’s protective of loyalists.

Intellectually sound, unusually discerning, Babangida is, without a doubt, the most talented of all the leaders who had ruled Nigeria.

Curiously, he allowed himself to make politically tragic decisions he knew could damn him and attract irreparable odium to his name.