By DanielS.Jackson (self media writer) | 1 year ago

Zindzi Mandela the the second daughter of the late South African Politician, Nationalist and former President was reported death at the early hours of 13th July 2020. 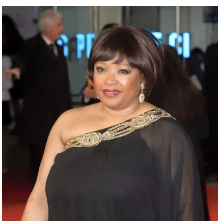 The cause of her death is yet to be officially made known by family, but report has it that she was sick since she died in the hospital. Let's take a brief look at her biography:

Zindzi Mandela was born on 23rd December 1960. At the time of her birthday Mandala was advocating for south African freedom, she was just 18 months old when Mandela was sentenced to prison, after a while her mother was also jailed and she was left under the custody of her elder sister.

Zindzi was was sent to Switzerland to complete her studies, however, she studied law at the famous University of Cape Town and obtained a BA in 1985.

Zindzi Mandela was a poet, a diplomat and a Lawyer.

She was made that south African ambassador to Denmark from 2014 and resumed work on June 2015. The had lots of controversies due to her out-spoken nature as a diplomat in Denmark, she was willing to go to any limit to ensure the right thing is done albeit she received lots of criticism and was ordered to conduct herself as an ambassador. She was married twice, her first marriage to Mr. Zwelibanzi Hlongwane failed and the determined political activist found love again with Mr. Molapo. She has four children name;

Content created and supplied by: DanielS.Jackson (via Opera News )