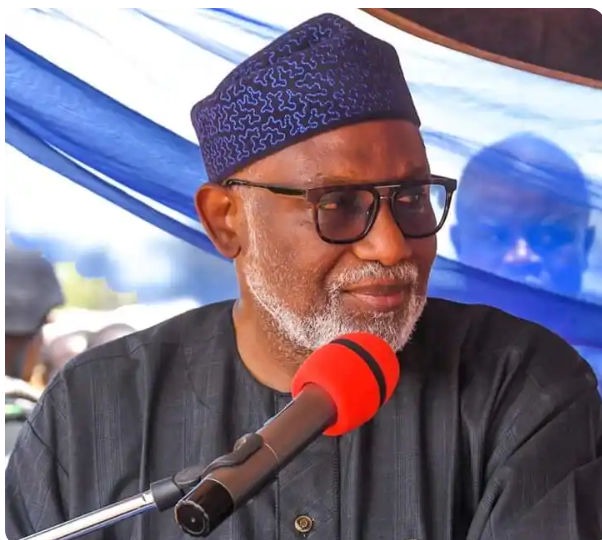 Like many have observed, the recent declaration by the National Leader of APC in Nigeria is suggestive. Asiwaju Ahmed Tinubu, a two term Governor of Lagos State has disassociated himself from any act of conspiracy against Arakunrin Oluwarotimi Akeredolu SAN. Perhaps this is owing to people’s obvious assertion, confirmation and re-affirmation of the incumbent in various capacity and areas of governance. It is again crystal clear that, contrary to insinuation and supposition, the leadership of APC and Asiwaju Ahmed Tinubu have decided to maintain impartial views and obvious neutrality in the internal democracy of the party as to who flies the party’s flag.

While this may sound very apolitical, it also aims at setting All Progressive Congress on the path of justice, fairness and equity. Of course, for Arakunrin Oluwarotimi Akeredolu SAN the odds are in his favour for reasons known to all and sundry. The leadership of the All Progressive Congress like the recent declaration of support by traditional rulers in Ondo State may not be unconnected with the giant strides of Arakunrin Oluwarotimi Akeredolu SAN in various unprecedented accomplishment through the period of stewardship. It is neither incorrect to assert that in his avowed commitment to strategically but ostensibly consider Arakunrin Oluwarotimi Akeredolu SAN as a factor necessary and important, Asiwaju Ahmed Tinubu may have found a nexus in #Aketi enough to keep the party, All Progressive Congress steadily going.

Moreover, the recent development around the party structure in and around other states like Edo and Bayelsa may have accounted for a need to rethink and re-strategize it focus for victory. That, in seeking elective position under the All Progressive Congress, the requirements are not limited to performance. It also includes the characteristics of Omoluabi. Perhaps all these attributes and features are noticeably evident in the person of Arakunrin Oluwarotimi Akeredolu SAN hence the stealthy declaration of support by Asiwaju Ahmed Tinubu….

Arakunrin Oluwarotimi Akeredolu SAN no doubt towers above contemporaries in his sheer display of courage, maturity, candour and other virtues incidental to seeking such position of authority. Perhaps one other sterling quality of Arakunrin Oluwarotimi Akeredolu SAN that has stood the test of time is sincerity of purpose in leadership. Like Banjo Ayenakin, a senior lawyer wrote while educating the populace. He said, anxiety is a major feature of ignorance. In other words, you can only be anxious, perturbed and wary when ignorance is obviously exhibited. He further stressed that, knowledge keeps an individual calm, cool and collected in the most daunting moments.

The above aptly describes the incumbent Governor of Ondo State who within the shortest period of governance has not only shifted our mind set, he has obviously proven very correctly that leadership is serious business irrespective of the quantum of distraction. That, a man could bring leadership to bear within the period, anticipating enormous cooperation from the people beyond his immediate political family and friends only passes a huge message of selfless service and traceable achievements.

Arakunrin Oluwarotimi Akeredolu SAN in my candid view and observation has probably attained the status where facts are now speaking for itself in terms of demonstrable leadership, focused and forward looking commitments to serving humanity as it were…He may in addition have also crested his achievements in the hearts of the people even beyond Ondo State to garner support from within and outside jurisdiction.

It therefore behooves a responsibility on us to also join in teaming up support for a man who has placed Ondo State on the path of infrastructural and industrial drive, doing more by reaching across to all the senatorial districts, mobilizing and courageously insisting that Ondo State must remain progressive with the re-election of Arakunrin Oluwarotimi Akeredolu SAN. He’s described as a man fated to achieve victory by the name and nomenclature, OLUWAROTIMI! God’s standing with me!!

Like the biblical David who is described as a man after God’s own heart, Arakunrin Oluwarotimi Akeredolu SAN appears obviously similar with beneficiaries of divine grace. A closer observation would obviously convince and evince the personality of Aketi as one closely synonymous with GRACE and whose life epitomizes same.

He enjoys the unfettered access to divinity, and comprehensively, the facts surrounding the circumstances of ascension to political stardom appears incontrovertible. Let the facts continue to speak for itself, a man destined for leadership has arrived. Let his adversaries, however aggrieved, be humble to see the workings of OLODUMARE!

It is for us to collectively embrace Arakunrin Oluwarotimi Akeredolu SAN for the good of the greatest number.