Tinubu has lost his campaign directorship to Kwankwaso's NNP.

By FutureBest (self media writer) | 6 days ago 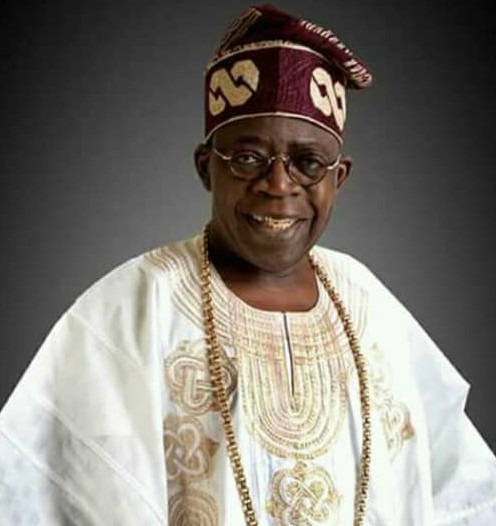 Abdulmumin Jibrin, the Director General of Bola Tinubu's presidential campaign, has joined the New Nigeria Peoples Party (NNPP). Few days ago, the former Chairman of the House of Representatives Committee on Appropriation declared his decision to leave the All Progressives Congress (APC) due to irreconcilable divisions inside the party on his social media handle.

His defection to the NNPP may have delivered a severe setback to Tinubu's presidential ambitions, despite his silence on his future political move. Jibrin, who represents Kano's Kiru/Bebeji federal seat, did not answer to calls or text messages seeking an explanation for why he ignored Tinubu's involvement in his altercation with other APC chiefs.

However, a close Jibrin colleague told The Guardian that Jibrin met with the NNPP leadership yesterday to reiterate his support for Rabiu Kwankwaso's party. Jibrin, who had wanted an automatic ticket to return to the green chamber, was upset with the party's stand on the topic, according to Kano APC Secretary Alh. Zakari Sarina. "After the stakeholders' meeting on Thursday, Jibrin chose to depart," he stated. He requested an automatic ticket to represent his constituency, but the party's position differs from his. The party stated unequivocally that it will treat all candidates fairly and honestly. The incumbent is running for re-election, as is a former education commissioner. "How can we disenfranchise those equally essential contenders and return Jibrin's automatic ticket?" This will not be done solely by the party. So, if Jibrin has decided to quit our party on that basis, we congratulate him and wish him well."

Meanwhile, the defection wave in Kano APC continued yesterday, with former Special Adviser to President Muhammadu Buhari on Legislative Affairs Abdulrahman Sumaila and House of Assembly Deputy Speaker Zubairu Massu announcing their defection. Prior to the deputy speaker's defection, 13 PDP members had given notice of their intention to join the NNPP. Massu alleged unjust treatment, insufficient internal democracy, and absolute marginalization of Kano South power scheme in a letter to the APC Chairman dated May 12, 2022.

Although, Sumaila did not issue any formal complaint and reason for leaving APC, the former minority leader of House of Representatives mobilised APC members and loyalists to denounce APC. Senator Ibrahim Shekarau (Kano Central) may formally announce his defection from the APC this weekend, The Guardian reliably gathered. It was gathered that Shekarau’s decision to dump APC was arrived at the stakeholders’ consultative meeting early this week.