By Adisatellite (self media writer) | 13 days ago 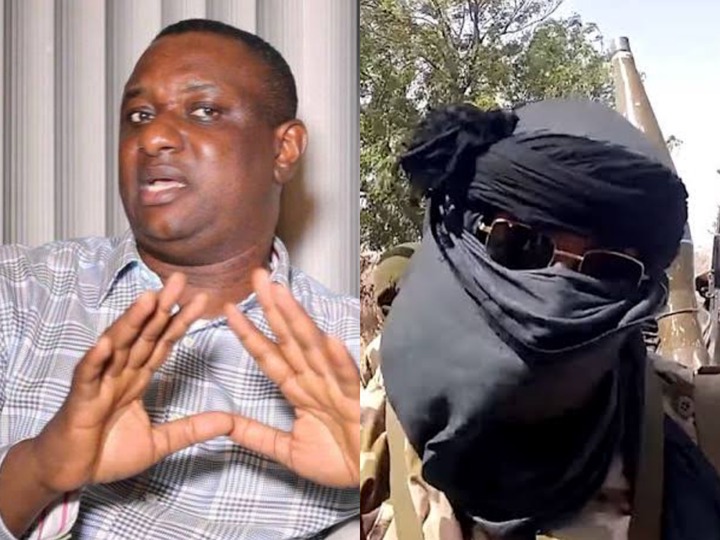 Nigeria's Minister of State for Labour and Employment, Festus has downplayed the threats issued by the terrorists to kill President Muhammadu Buhari and Governor Nasir El-Rufai of Kaduna State.

Mr Keyamo, while playing guest to Politics Today Friday on Channels Television, stated without mincing words that the terrorists, who had last week threatened to exterminate the life of number one citizen and that of Kaduna State governor, are mere comedians.

According to the Minister, the death threats by the terrorists against the persons of Mr. President and the governor were deliberate and targeted at causing panic among Nigerians.

"Seun, so you mean that some people sit

"Seun, so you mean that some mad people sit down somewhere and say that I will kidnap Mr. President. That is now a national concern. I can as well say so as a mad person. How can we elevate that to national discussion. That is exactly what they intend intend you to say and that is exactly how they want you to react, and you are reacting that way. That they sit down and threaten Mr. President. These are comedians."

Recall that the terrorists responsible for Abuja-Kaduna train had on July 24, 2022 released a video threatening to abduct Senators and Governors in the country, and worse still, they promised to abduct and kill President Buhari and Governor El-Rufai should refuse to pay ransom for the release of the train abductees in their captivity.

Hence, this threat by terrorists had sent shivers down the spines of many Nigerians as they opined that if they could threaten the President and governor with deaths, it simply means nobody is secured in the country anymore.