I Support Northern Gov's Rejection Of Power Shift To The South, Let Power Remain In The North - Reno

By #NewsUpdate (self media writer) | 27 days ago

Reno Omokri has taken to his official Twitter handle to react after the Northern governors during a meeting rejected the principal of rotational presidency, saying this will teach the Southerners the power of unity.

According to information revealed by a reliable source, governors of Nigeria's Northern state during a meeting of the Northern Governors' Forum (NGF), on Monday, has declined the principal of rotational presidency, adding that it is against the constitution of the country. 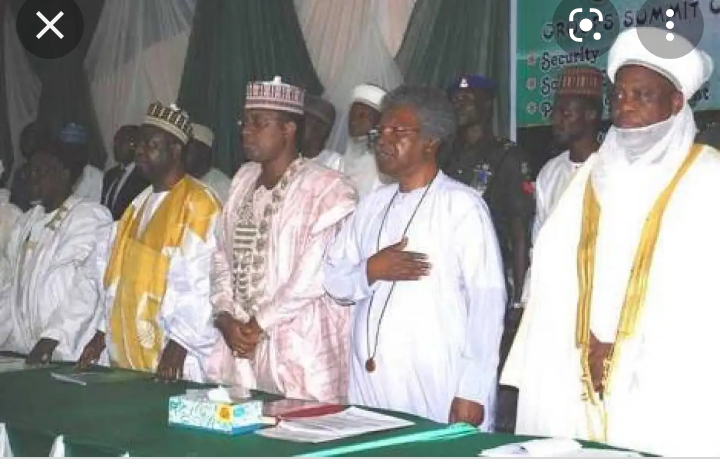 One of the few people who reacted to this information was Reno Omokri, who took to his official Twitter handle to reveal that he is in full support of the decision taken by the Northern governors, adding that this will teach the Southerners the power of unity. 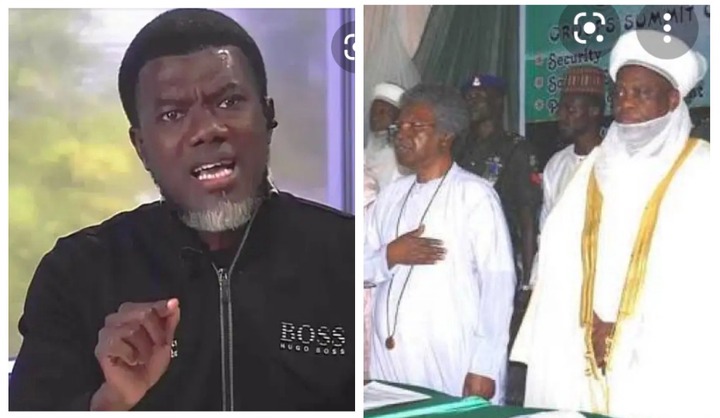 While sharing on his official Twitter handle, the cleric said, "I support Northern governor's rejection of power shift to the South. Let power remain in the North after 2023 to teach Southerners the power of unity. Southerners united with Northerners to betray an innocent Southerner in 2015, and expect Northerners to trust them". 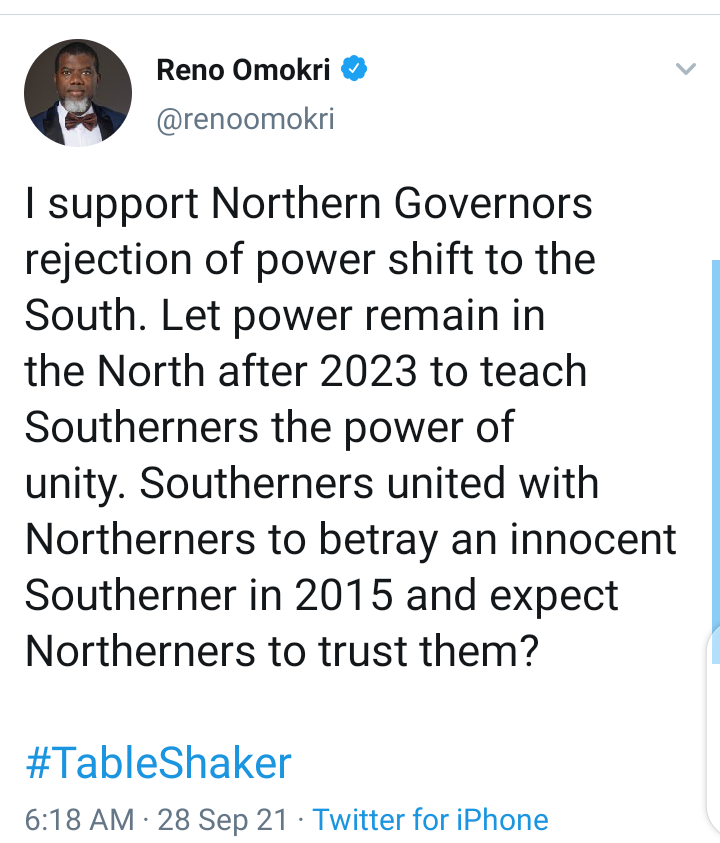 We all know as the 2023 general election draw nearer, many people especially the Southerners are suggesting that the next President of the country should emerge from the Southern region. If you ask me, I would say that I stand with Reno Omokri on this one, the Southerners have to learn how to come together as one body, and work towards the welfare of the people.

Opinion : Why Anambra Government Should Fight IPOB Rather Than Adopting Saturdays As School Days

How Long Shall A Govt That Is After Igboho & Kanu Continue Tolerating Sheikh Gumi? - Reno Asks