By EEPShub (self media writer) | 1 year ago

In the history of African, the list of great men who have walked through the face of the earth can not be listed without the name of Igbo's great sons and daughters being mentioned. Nigeria as a whole has written their name with gold ink in the history of African. From the likes of Nnamdi Azikiwe to the Queen Amina of Zaria, including the great warlord Dim Chukwueka Odumegwu Ojukwu, but none is as much outstanding than Edward James Roye the fifth President of Liberia, and the first member of the Liberia True Whig Party to serve as Liberian's President. 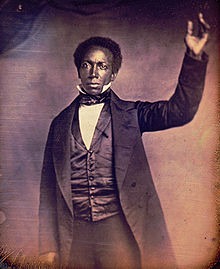 James Roye, is a descendant of the Igbo ethnic tribe, in the present-day Republic of Nigeria. Edward James Roye was born in the year 1815, in Newark Ohio. He migrated to Liberia in 1846, before the colony gained independence. Roye was just 31 years old when he emigrated to Liberia with his family. He started a business there as a Merchant, the subsequent year, Liberia gained independence. Edward James Roye however became very prominent in Liberia's politics three years later, and he served as Liberian Chief Justice of the Supreme Court from 1865 to 1868. He also served as a representative and speaker of the Liberian House of Representatives in the year 1849 to 1850. 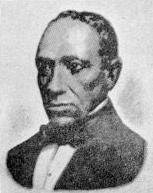 However, on January 3, 1870, Edward James Roye was inaugurated as Liberia's fifth President, there was a great recession in Liberia then, and they tried desperately to remodel their largely agricultural-based economy. In 1871, Edward Roye tasked Spencer Anderson the speaker of House of Representatives with negotiating a loan from British financiers. Spencer gained about five hundred dollars under strict terms from David Chinery, the British -consul. However, Anderson came under heavy criticism and he was subsequently arrested and tried the next year. Although he was found not guilty of any of the charges levied against him as to his roles in the loan collection, he was however shot on his way out of the Court.

Edward Roye was forcefully ousted from office in what many termed as Coup De'tat on October 26, 1871. The details behind his remover are highly prejudiced and vague. However, it was said that his infamous loans with Britain, combined with some fears by the Republican Party that James Edward Roye was going to suspend the upcoming election were part of the reasons for his murky forcefully removal from power. 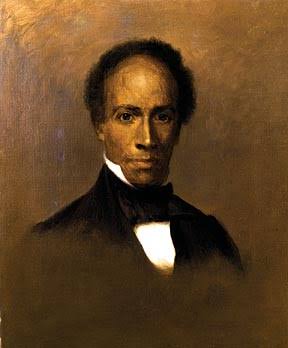 The dates and how Edward James Roye died, was not well documented in history, however, some scholars said that he was killed on either 11th or 12th February 1872. However, James Roye's portrait in the presidential mansion gallery, denotes that he died on the 11th day of February 1872.