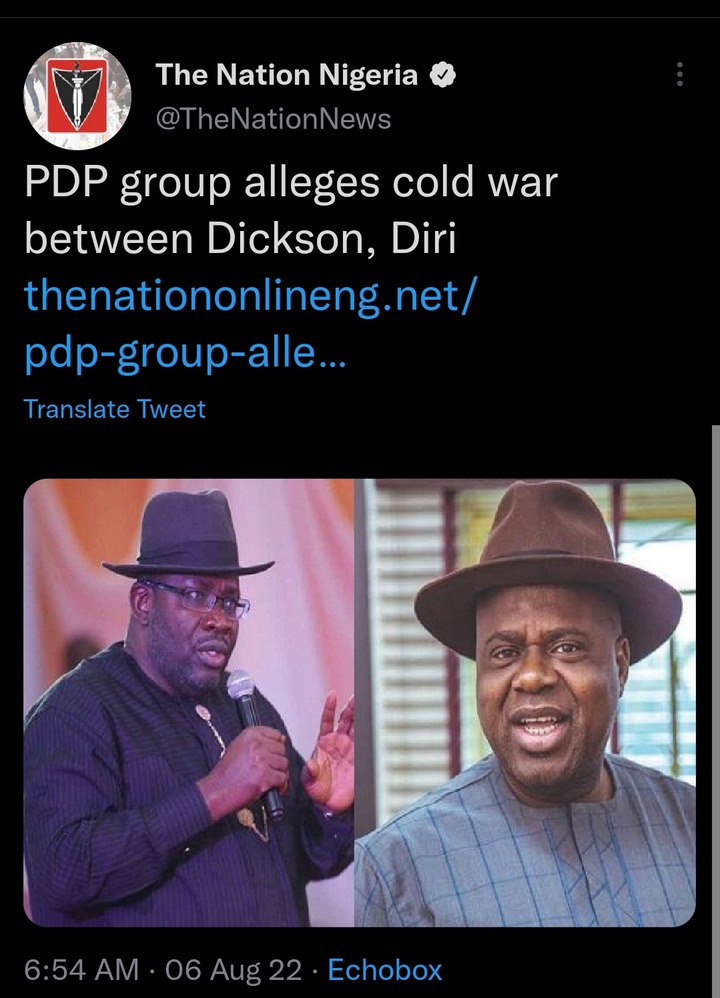 Despite past denials of a feud between former Bayelsa State Governor Seriake Dickson and his successor, Governor Douye Diri, a political group in the Peoples Democratic Party (PDP) has claimed the rift is not yet over.

The group, under the auspices of the Prosperity Vanguard (PV) has debunked all the allegations against Governor Diri by the PDP Stakeholders Forum (PSF), another group allegedly working for Dickson. 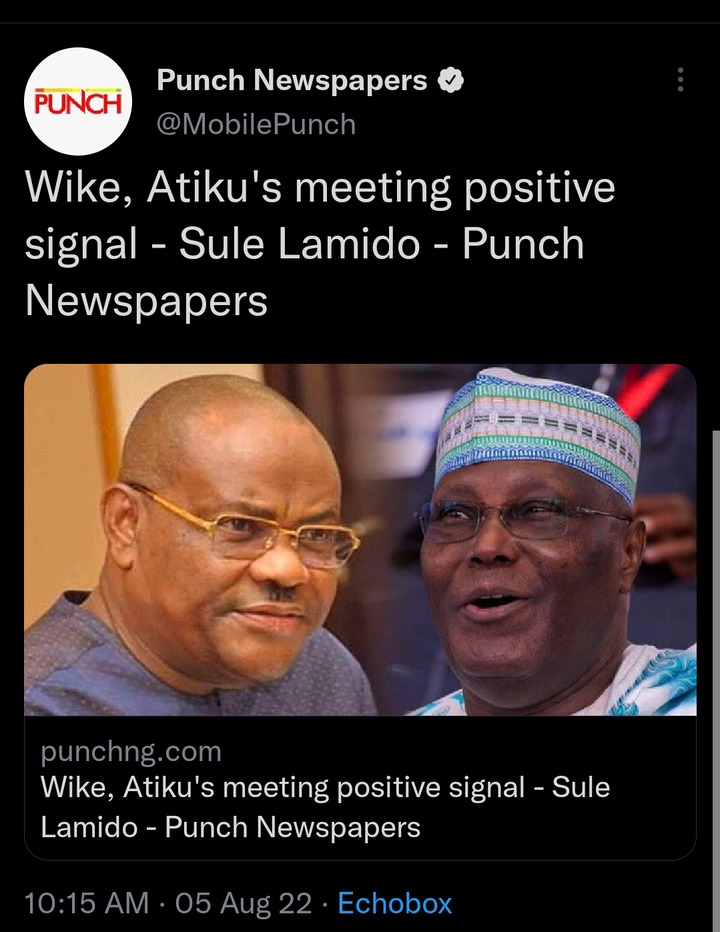 A former governor of Jigawa State, Sule Lamido, has welcomed the reconciliatory meeting between Governor Nyesom Wike of Rivers State and the presidential candidate of the Peoples Democratic Party, Atiku Abubakar.

According to him, the meeting held in the residence of a former Minister of Information and Orientation, Prof. Jerry Gana, was a sign of positive things to come.

Lamido in an interview with The PUNCH on Thursday evening, recalled how Jerry Gana left the PDP because of Wike but later returned to the party after serious begging by himself, former Senate President, David Mark and PDP national chairman, Dr. Iyorchia Ayu. 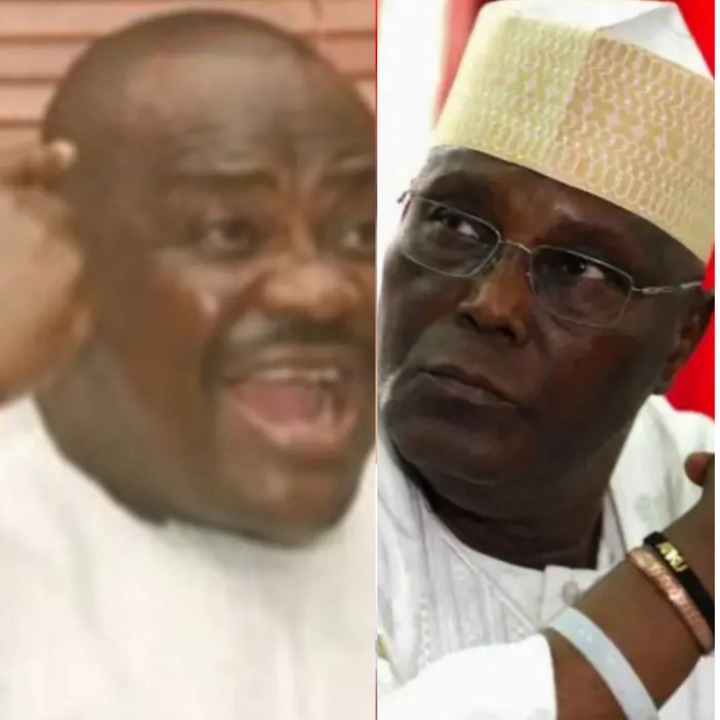 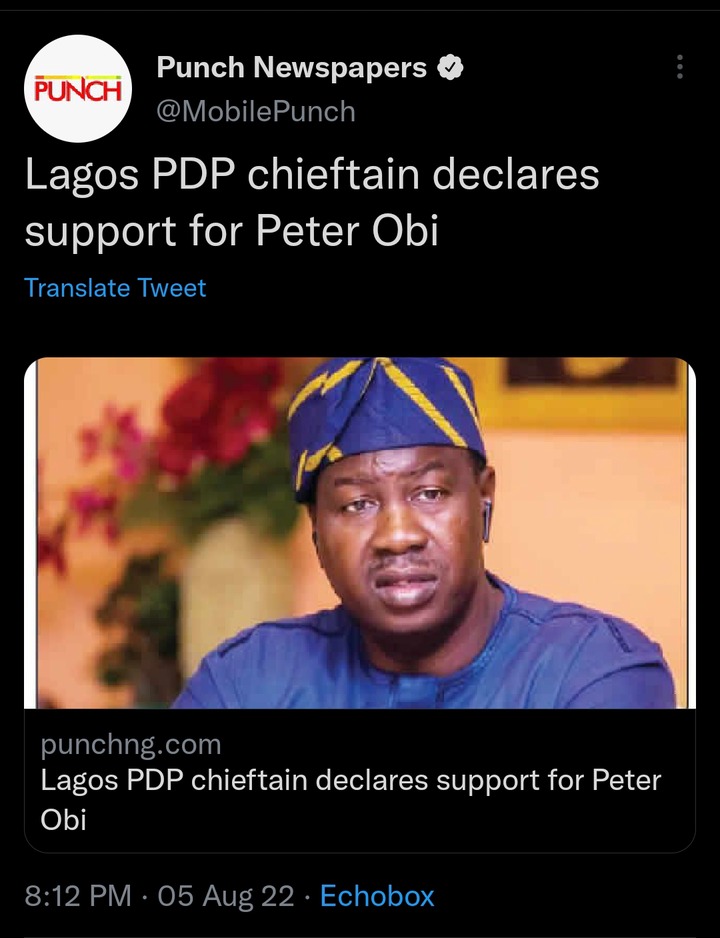 Gbadamosi, a former governorship candidate of the African Democratic Party and a former Lagos East Senatorial Candidate of the PDP, made this known in a statement in Lagos. 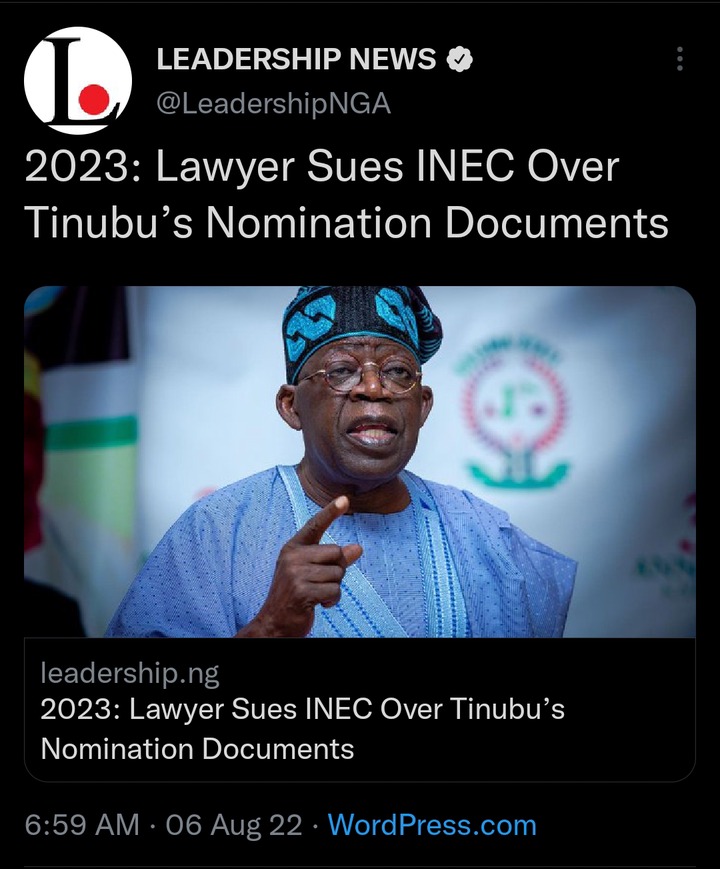 The Independent National Electoral Commission (INEC) has been sued at a Federal High Court in Abuja over its alleged refusal to make available the certified true copies of the nomination forms submitted by the All Progressives Congress (APC) 2023 presidential candidate, Bola Tinubu, to it in the previous and forthcoming elections.

A legal practitioner, Mike Enahoro-Ebah, in a motion ex-parte dated and filed yesterday at the court, sued INEC as the sole respondent in the matter. 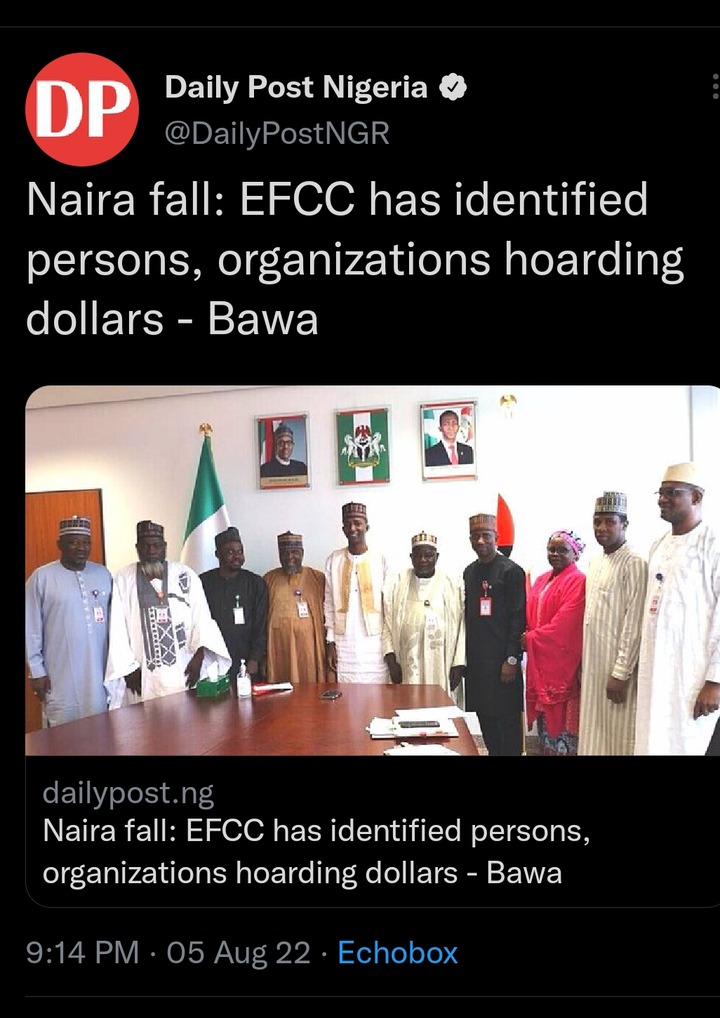 The Economic and Financial Crimes Commission (EFCC) on Friday announced that individuals and bodies were causing Naira fall.

The chairman Abdulrasheed Bawa said he called the meeting to fashion out ways to collaborate.