Which Of These Nigerian Presidents Did The Worst Damage

Nigerians have experienced different leadership in the country from the presidents both past and present, but there would always be an argument among the citizens on who is the best president they have ever had among the three people have listed below.

General Olusegun Obasanjo is one of the former presidents of Nigeria with plenty of positives developments and achievements in the country. One of his greatest achievements during his term in office is introduction of mobile handset to Nigeria.

Obasanjo as he is fondly called "OBJ" is loved by many people of Nigeria that he was even elected the second term after his first tenure finish. He is known to be an important individual in Nigeria and a figure that can’t be underestimated by anyone who aspires to be elected into the presidential Villa.

Former president of Nigeria Goodluck Ebele Jonathan is the immediate with millions of supporters in the country. Ebele is one of the luckiest individual in the political cycle of Nigeria. From the position of vice president to the acting president of the country.

Although Jonathan lost his re-election race and became the first democratic president to lose election in the country. The losing of the election make him a great man in the country as he is the first African president who congratulated his opposition candidate with no traces of wars and riots in history.

This and many other including his achievement in agriculture makes Ebele become an hero in Nigeria and thus, become one of the best president both Nigeria and Africa im General.

Current president of Nigeria, Muhammadu Buhari , he defeated his opposition candidate Goodluck Ebele Jonathan with wide margin. Although he is still in power but has recorded so many success in his administration this year.

Buhari is well known for his fight against corruption as he frowns eyes to any former office individuals who stole money or government properties in Nigeria. Muhammadu Buhari is loved by many Nigerians and he is on a mission to be the best president of nigeria according to the masses.

Nigerians are blessed with many talented intellectuals and the three aforementioned people are one of the greatest in the history of nigeria as president. 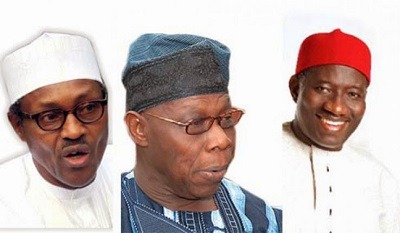