By Ademilade (self media writer) | 2 months ago 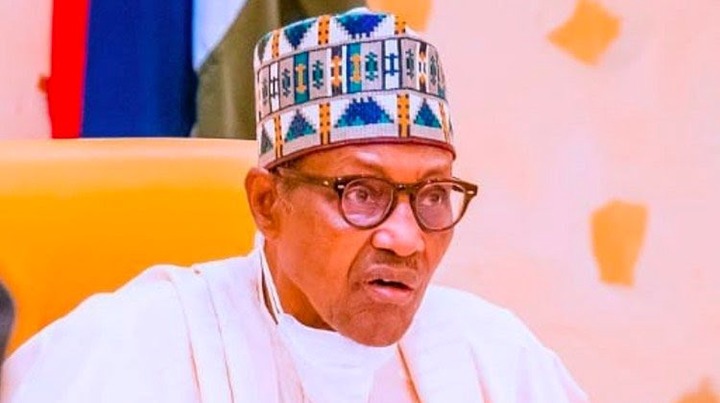 The president's special adviser on media and advertising, Femi Adesina, said the regime of his principal, Major General Muhammadu Buhari (retired), was not interested in naming or humiliating Boko's sponsors. Haram and other terrorist financiers in the country.

The presidential aide said instead, the current regime is interested in bringing the "bad guys" to justice.

He spoke on Monday night as a guest on Channels Television's "Politics Today" news watched.

The UAE named and prosecuted six Nigerians and 32 others for allegedly funding terrorism.

Adesina's colleague and president's spokesman Garba Shehu said in March 2021 that the Nigerian government arrested 400 bureau de change operators for allegedly funding the Boko Haram insurgency in the country. He said Nigerians were transferring money to the sect from the UAE.

Asked to take stock of the prosecution of the sponsors of terrorism in the country, Adesina, who is part of the president's entourage in New York for the United Nations General Assembly, said: criminals in justice would be.

Nigeria is not interested in naming and humiliating anyone, rather it wants to bring them to justice.

“The UAE brought some names and the Federation Attorney General answered that question, saying that in due course all these people will have their days in court.

"Rest assured that these people (the financiers of terrorism) will be brought to justice before justice takes hold."

The presidential aide also said that the Economic and Financial Crimes Commission and other related agencies were investigating allegations against suspected terrorist donors in the country.

“You don't take people to court without an investigation. The president of the EFCC spoke about it recently.

"The investigations are going on this matter differently, at the EFCC level, at the National Intelligence Agency level, all the security agencies would work on it so that when these people finally appear in court, there would be prima facie evidence. against them, ”he noted.

Adesina's comments came days after EFCC Chairman Abdulrasheed Bawa said Nigerians would know the identity of terrorist financiers in the country at the right time.

"Of course, transparency is one of the foundations of this administration, of course I am not a spokesperson for this administration, but I believe that at the right time Nigerians will get to know those who finance terrorism in this country and beyond too ”, declared the president of the EFCC.

Terrorist financing has become a worrying problem in Nigeria in recent years, as some anonymous politicians have been accused of complicity with marauders.

A former navy commodore Kunle Olawunmi said Boko Haram terrorists mentioned the names of current governors, senators and Aso Rock officials as sponsors during the questioning, but the president has shown a reluctance to prosecute high-level politicians for reasons he knows best.

In September 2021, a former vice-governor of the Central Bank of Nigeria, the late Obadiah Mailafia, also claimed that a sitting governor of the north was a Boko Haram chief and a bag of money.

For more than a decade, the terrorist group Boko Haram has killed thousands of Nigerians in Borno, Yobe and Adamawa states. The Nigerian military and the presidency have repeatedly claimed that the group has been "technically defeated" and "weakened", but the bloodthirsty terrorist faction continues to strike with daring effrontery and crass savagery.