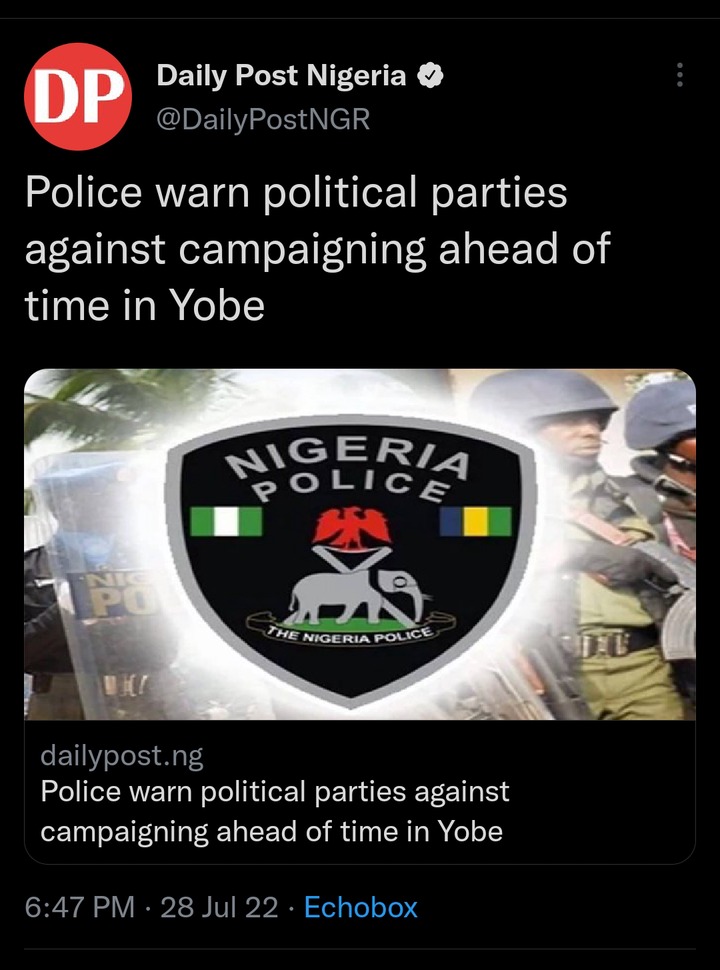 The Yobe State Police Command has warned leaders of all political parties in the state to desist from campaigning ahead of time.

The Command via its Public Relations Officer, DSP Dungus Abdulkarim, on Thursday handed down the warning. 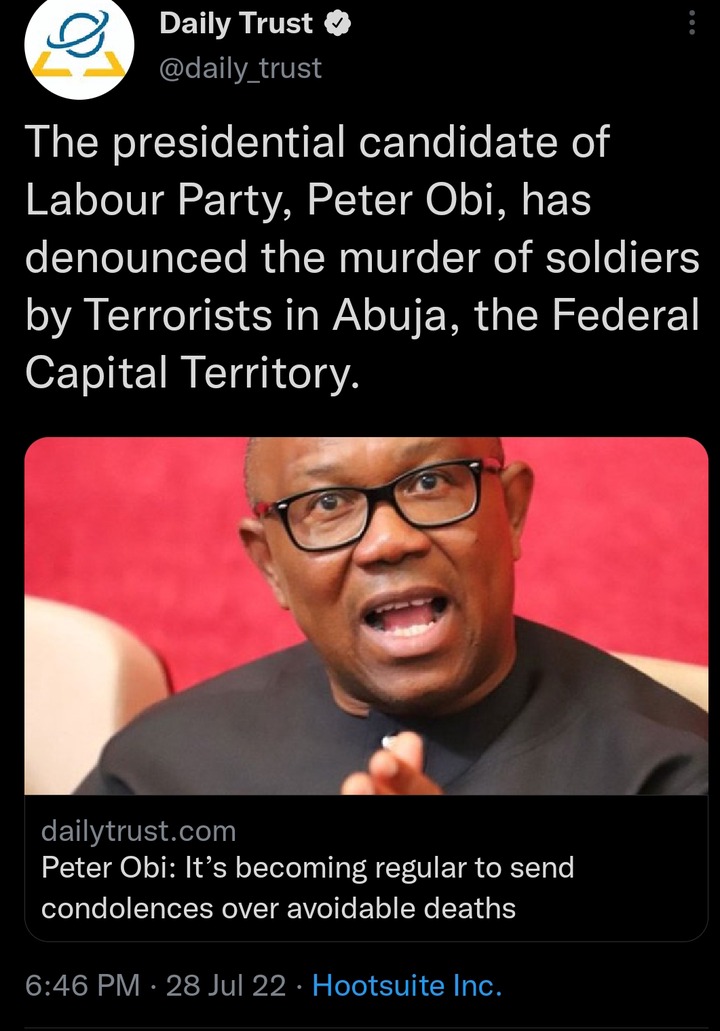 The presidential candidate of Labour Party, Peter Obi, has denounced the murder of soldiers by Terrorists in Abuja, the Federal Capital Territory.

No fewer than three soldiers were killed in an attack on the Presidential Guards Brigade in Abuja by terrorists. The attack occurred a day after terrorists threatened to abduct President Muhammadu Buhari and Kaduna State Governor, Nasir El-Rufai. 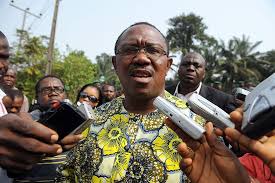 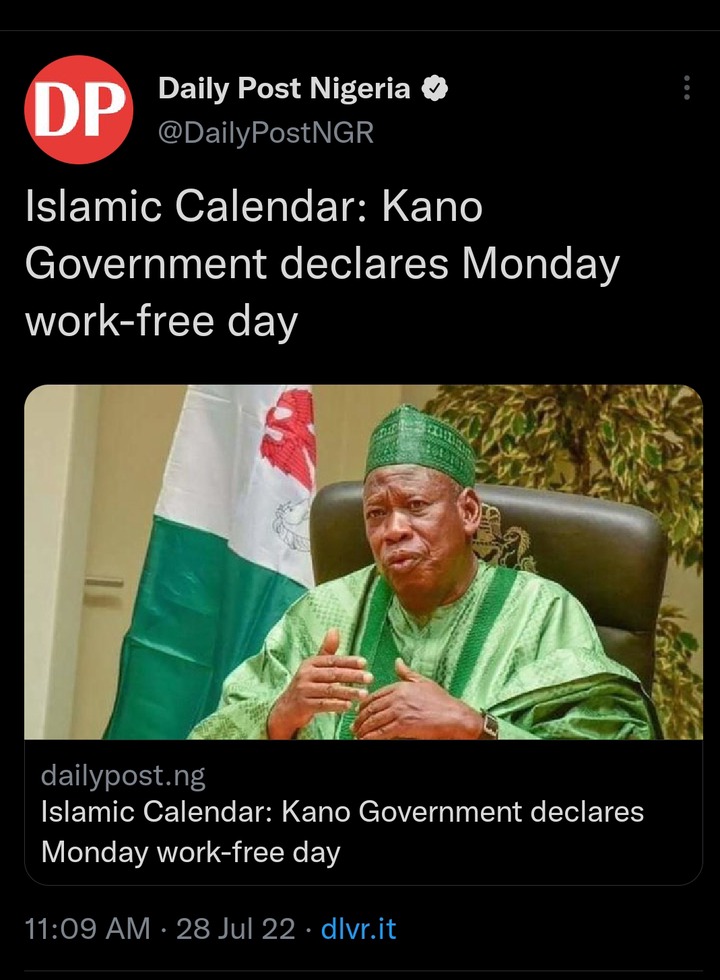 This was contained in a press statement signed by the commissioner for Information, Malam Muhammad Garba issued to newsmen in Kano.

The Governor congratulated all Muslims ummah for the beginning of the new Islamic calendar. 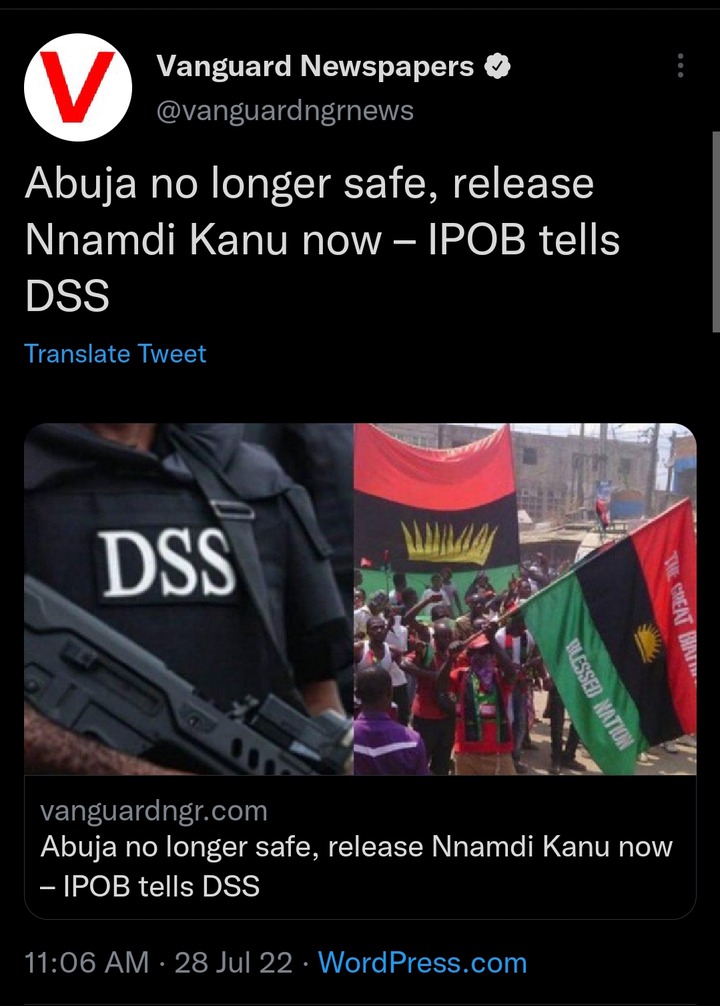 The Indigenous People of Biafra (IPOB) has demanded that its detained leader, Nnamdi Kanu be released unconditionally from the custody of the Department of State Services (DSS) due to rising insecurity in the nation’s capital, Abuja.

IPOB urged the federal government and its security agents to act on the demand of the United Nations Working Group to free Kanu as it stressed that the federal capital territory is unsafe. 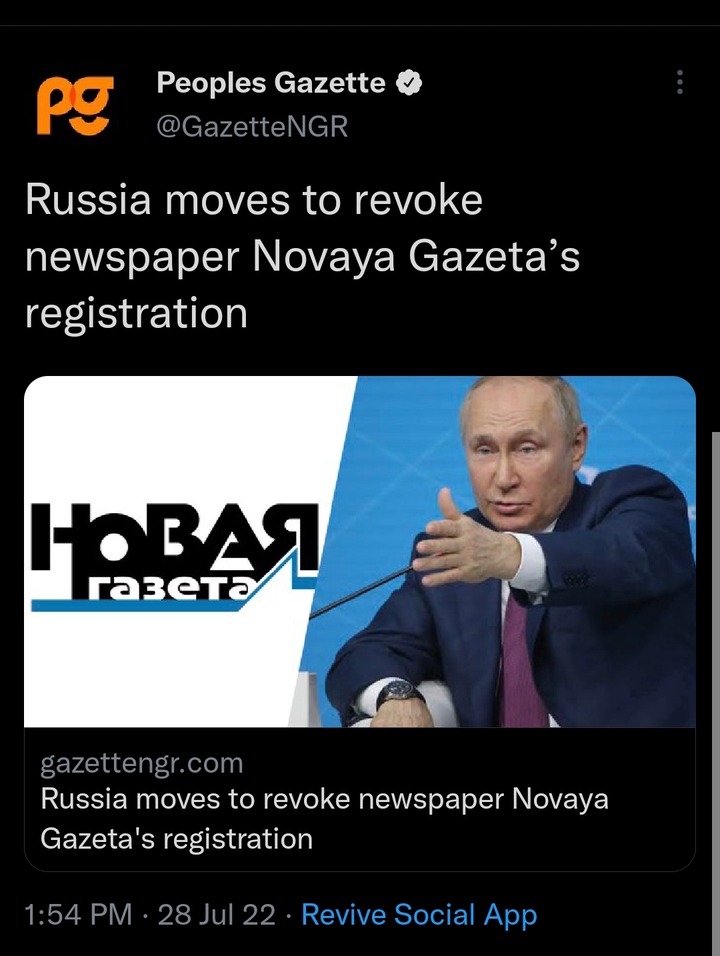 Russia’s media regulator Roskomnadzor has filed a lawsuit in a Moscow court to revoke the registration of the independent Novaya Gazeta newspaper.

The lawsuit was initiated the action in Moscow’s Basmanny court on Tuesday, giving the presiding judge three days to make a ruling on the move against the paper, which began publishing in 1993 and was one of the most respected publications in post-Soviet Russia.

On Tuesday, the Novaya Gazeta’s website was blocked by Roskomnadzor at the request of the Prosecutor-General’s Office.