Opinion: The folly and futurity of Ebonyi State and online criticism of Gov Umahi by opposition elements

By SOLOgaxy (self meida writer) | 25 days 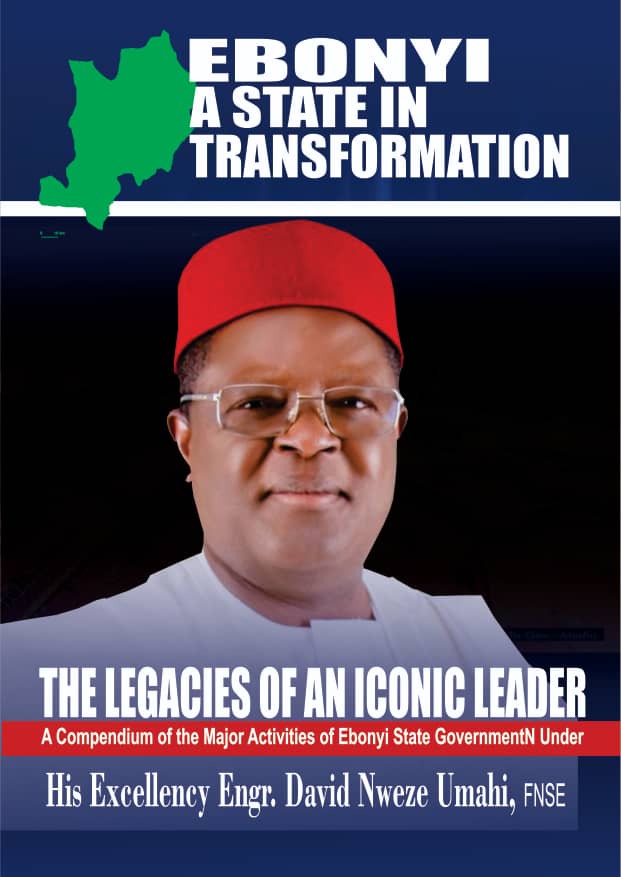 The job of critics in a democracy is a noble one.According to Herbert H. Humphrey,"there is no party, no Chief Executive, no Cabinet, no Legislature in this or any other nation wise enough to govern without constant expose to informed criticism".The above statement under scores the imperative of criticism as a catalyst for good governance. However, the root of its success lies in objectivity and truth.

Governor Umahi who assumed the leadership mantle of the back street State of Ebonyi State on May 29th, 2015 is an answer to the deep seated prayers of Ebonyians for a right thinking, development minded, humane and creative leadership. Upon assumption of office, he initiated several cutting edge policies and reforms directed at redressing the dark legacies of the past in the State that stunted her growth and left her an object of derision and scorn.

In less than six years, the efforts of the Governor has paid off as Ebonyi State through his ingenuity, creative leadership and prudent management of resources have become a modern and a reference point State in good governance with awards, commendations and applause from majority of Ebonyians and non Ebonyians alike.

Gov Umahi is daily lauded from all quarters as a meteoric icon whose amazing and stunning rise to power and uncommon achievements within such a short span of time cast in the mold of all time legends.

Unfortunately, in Ebonyi State, a few young men with access to android phones and the Zukerberg community, in alliance with their pay masters; the yesterday men with narcissistic tendencies,chose instead to deodorize the past and exact a pound of fresh from Umahi for the audacity of refusing to share the State patrimony with them and daring to join the progressive camp.

Thus they have been firing misplaced political arrows at an administration that has done the most since the creation of Ebonyi State to reposition the youths for greatness and the State as a reference point in progressive governance. Their verbal missiles however have continued to miss the mark as they have nothing to condemn, given the Sterling performance of the administration within so short a time in office.

Their act of seeking to glamorize mediocrity on account of enlightened self interest( stomach infrastructure) political exigencies and party affiliation, at best symbolizes an exasperating fatuity, irritation and cowardice.

As leaders of tomorrow, one had expected that the Ebonyi State opposition elements, who live online, should be more interested in the finer virtues of leadership, development and performance rather than partisanship, enlightened self interest (stomach infrastructure) and political expediency. But their alignment to born enemies of truth, development and public good have turned them to liars that seek to paint the forlorn life that exist in their warped imagination as Eldorado.

It is only the gullible that will choose to believe what he is being told in preference to what he is seeing. A man who has eyes, but allows others to see for him, is in my opinion not worthy of those eyes. My happiness is that Ebonyians are not gullible. The achievements of Governor Umahi in the last six years are tangible, visible, transformational, equitable, pervasive, growth oriented and prosperity directed.

For Gov Umahi, progress, human capital and infrastructural development is at the core of his agenda. His patriotic instinct, manifest commitment to the growth, development and unity of Ebonyi State is public knowledge and lauded by all men that are capable of being sincere. That is why Ebonyians re - elected him in 2019 and why they still throng and yearn after him today even after he joined the progressive camp.

A question to the misguided Ebonyi State online opposition elements,"If power is sought for public good, why deploy lies, propaganda and misinformation? Governance should be separated from partisanship. It is one of the admonitions of the Holy writ, "that those who believe in God and in the judgement day should talk truthfully and responsibly or keep mute".

The choice to tread the obnoxious path of lies and misinformation as a result of your wrong alliance with selfish and self serving political jobbers, that seek to continue exploiting the State as their cash cow, for the abject price of a smear of porridge, I must remind these elements, has implications and spiritual repercussions.

May I remind our straying youths, that a person of noble birth, if sent on a slave errand with a confidential message, should still deliver it as a gentleman to prove his free born pedigree.

Partisanship can be a reason for disagreement but can never vitiate the inviolate place of truth. If you must criticise,do that with facts, do that with objectivity,do that with truth.

Content created and supplied by: SOLOgaxy (via Opera News )

Slay Effortlessly In Any Of These Ankara Outfits This Week

Opinion: Daniel Amokachi one of Nigerian enigmas who retired too early

Shoot-On-Sight Order Against The Igbo Youths, A Call For Genocide: Ohanaeze Ndigbo