By Mrkiel (self media writer) | 10 months ago

Why We Should Be Concerned About Niger Republic Stability- Buhari 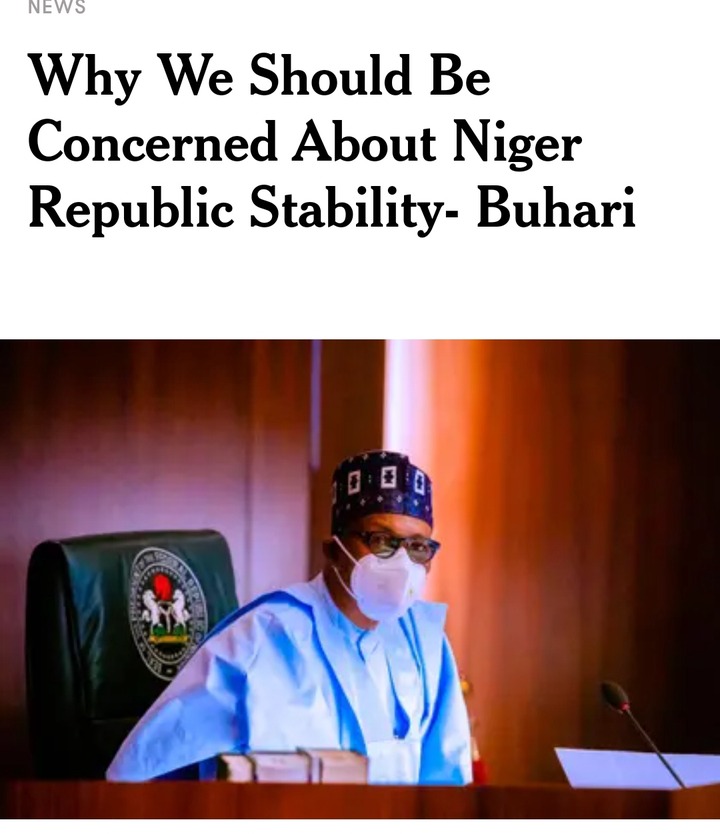 President Muhammadu Buhari says Nigeria should be concerned about the stability of the Niger Republic as the former shares more than 1,400 kilometres of border with the latter.

He spoke at the State House, Abuja, while receiving a report on the elections in Niger from a former vice president of Nigeria, Namadi Sambo, who was ECOWAS Head of Mission on the election in Niger.

Buhari, in a statement by his spokesman, Femi Adesina, said: “We’re concerned about their stability, and I’m glad the elections went well. I am happy it was transparent, as attested to by most of the observers.”

Buhari congratulated Sambo and his team for a job well done, stating, “I’m glad you came back with good news.” 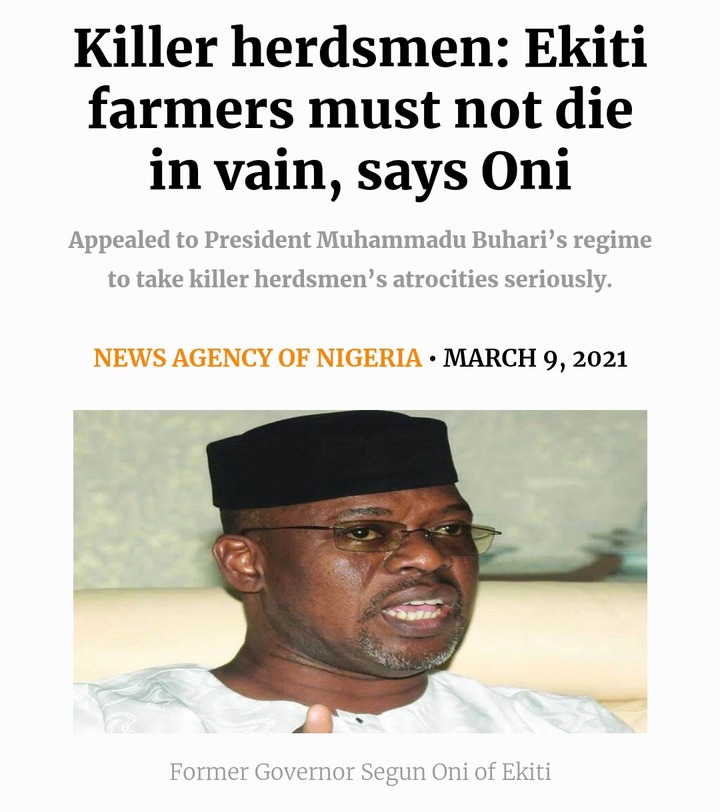 Former Governor Segun Oni of Ekiti has joined others to condemn the recent killings of farmers in Isaba, Ikole Ekiti, by assailants Governor Kayode Fayemi identified as ‘Bororo,’ herdsmen.

The killer herdsmen had struck on March 7.

Mr. Oni, in a statement in Ado-Ekiti on Monday, called on security agencies to bring the killers to book.

“This act of wickedness and callousness is totally unacceptable, and I strongly condemn this inhumanity to farmers,” the ex-governor said.

He added, “We must never allow insecurity to define our nation. These latest killings must not be added to the numbers of similar killings where justice is yet to be served.

“I deeply sympathise with the families of the farmers in Ikole Ekiti killed by these unknown assailants who are now said to be on the run.”

He pointed out that the killing of the farmers had created palpable fears among other farmers and lowered their morale, which may cause food shortages and socio-economic dislocation. 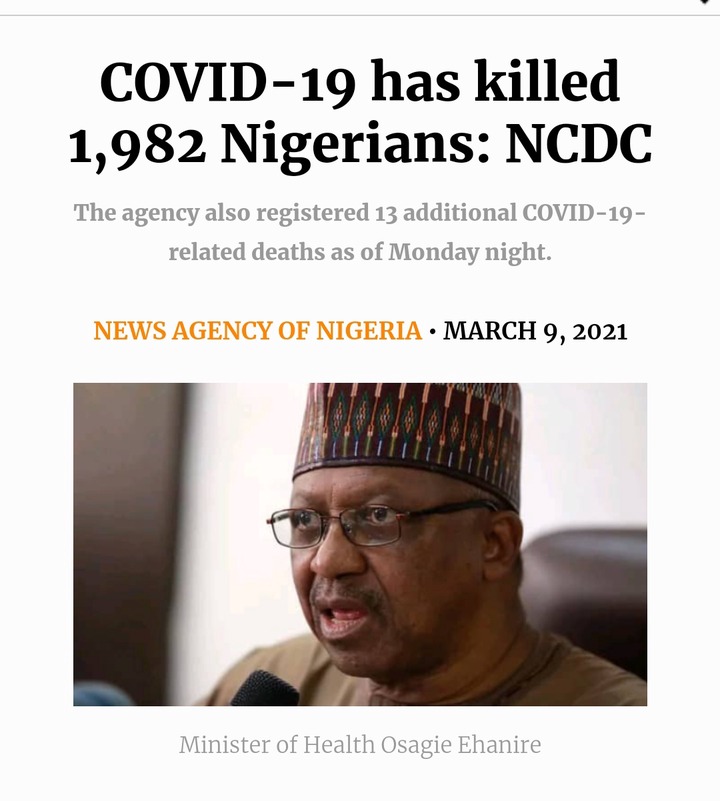 The Nigeria Centre for Disease Control (NCDC) has announced 371 new COVID-19 cases, bringing the total number of infections in the country to 158,906.

The NCDC disclosed this on its official Twitter handle late Monday.

The NCDC recorded the new infections recorded across 16 states and the Federal Capital Territory (FCT) in the last 24 hours.

It added that Lagos topped the list with 102 infections, followed by Enugu with 65, then Edo with 56, and FCT with 23 of the new cases. 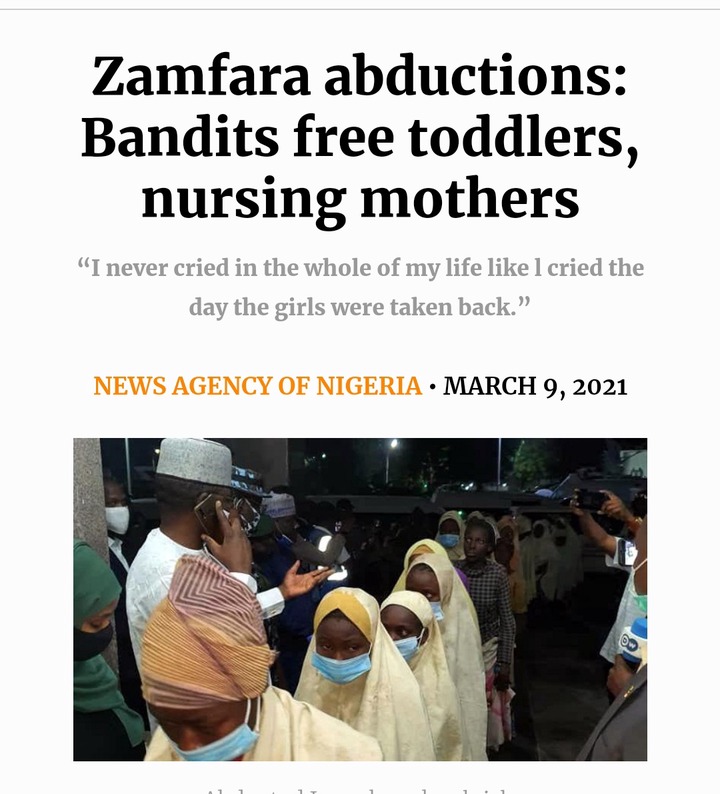 Rampaging bandits on Monday night have released three toddlers, nursing mothers, and at least one of the parents of the Jangebe schoolgirls abducted from their schools this month.

The toddlers, nursing mothers, and the Jangebe parent had been held captive for three months as the bandits awaited a ransom in exchange for their freedom.

The father of one of the abducted Jangebe schoolgirls revealed this on Monday night after regaining freedom.

Iliya Gwaram, freed and taken to the Government House, Gusau around 9:00 pm on Monday, said he told his daughter not to recognise him while being held by their abductors.

Mr. Gwaram, rescued along with nine other victims, including nursing mothers and three toddlers, said, “I have been in captivity with these other people for more than three months when on that Friday morning, l saw the schoolgirls brought to where our abductors camped us. 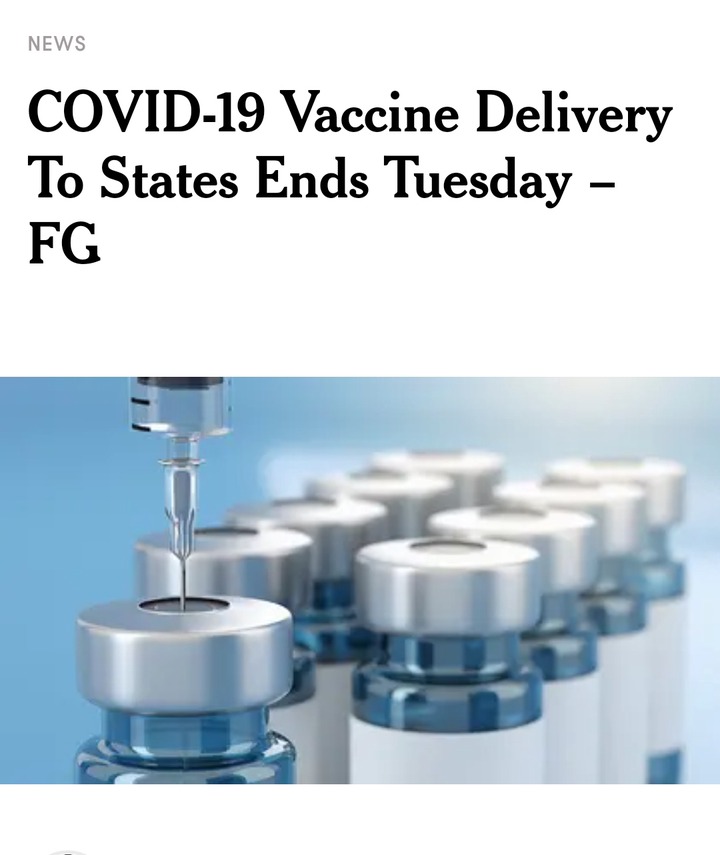 Executive Director, National Primary Healthcare Development Agency, Faisal Shuaib, says the distribution of the Oxford/AstraZeneca COVID-19 vaccines to the states started on Monday and its delivery would be completed on Tuesday.

He stated this in Abuja at the briefing of the Presidential Task Force on COVID-19.

“The delivery of the vaccines to the states is predicated on satisfactorily meeting the conditions to keep them safe and potent.

“We’re designating vaccine accountability officers in the states and local government areas to closely monitor the management and utilization of the vaccines. 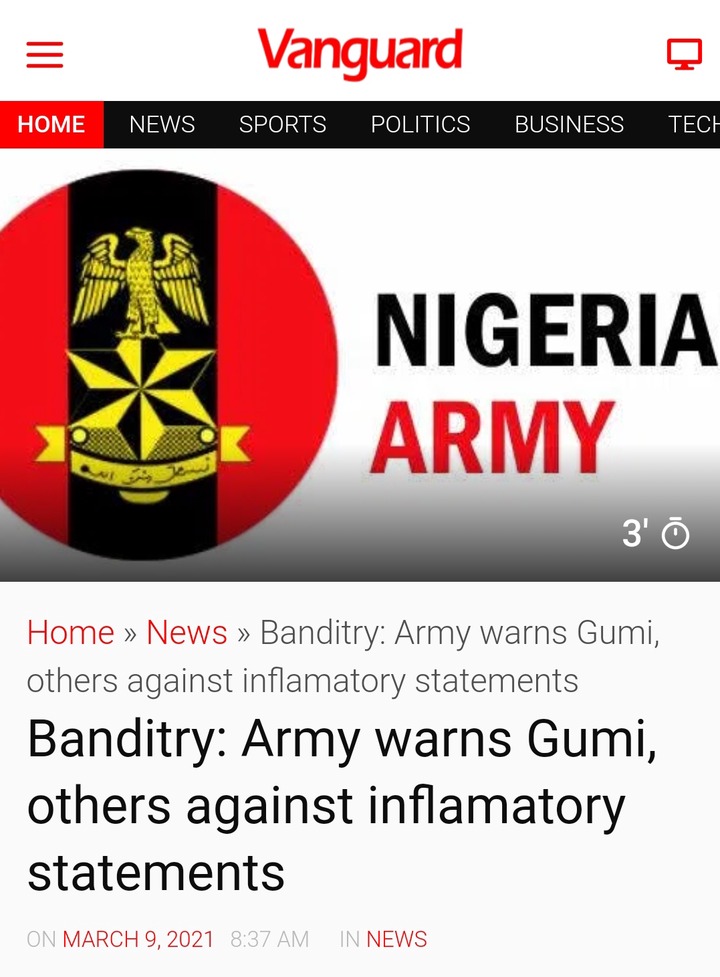 ABUJA — Following the recent outburst of Sheik Ahmed Gumi that armed and murderous bandits were being killed by non Muslim soldiers and the outrage it elicited, the Nigerian Army has warned the Islamic cleric and his followers not to drag its image and reputation of one of the most reliable national institutions into disrepute.

In a statement signed by the Director of Public Relations, Brigadier General Mohammed Yerima, the Army said:”The attention of the Nigerian Army has been drawn to a viral video clip showing the renowned and respected Islamic scholar, Sheikh Ahmad Gumi, alleging that non-Muslim soldiers were responsible for the asttacks against bandits