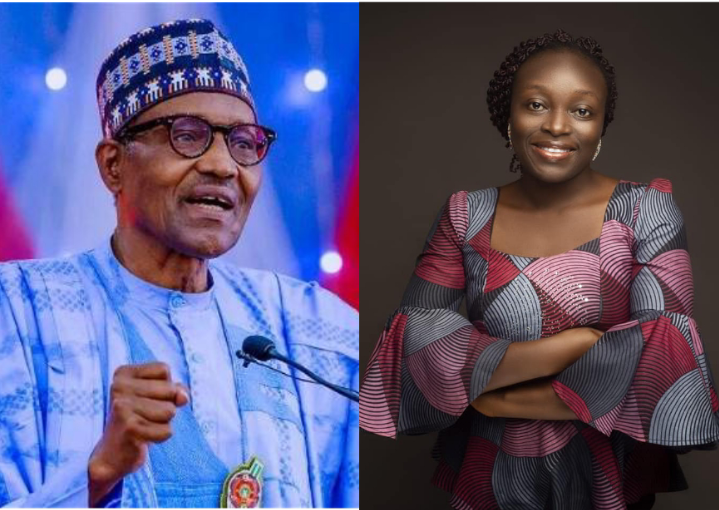 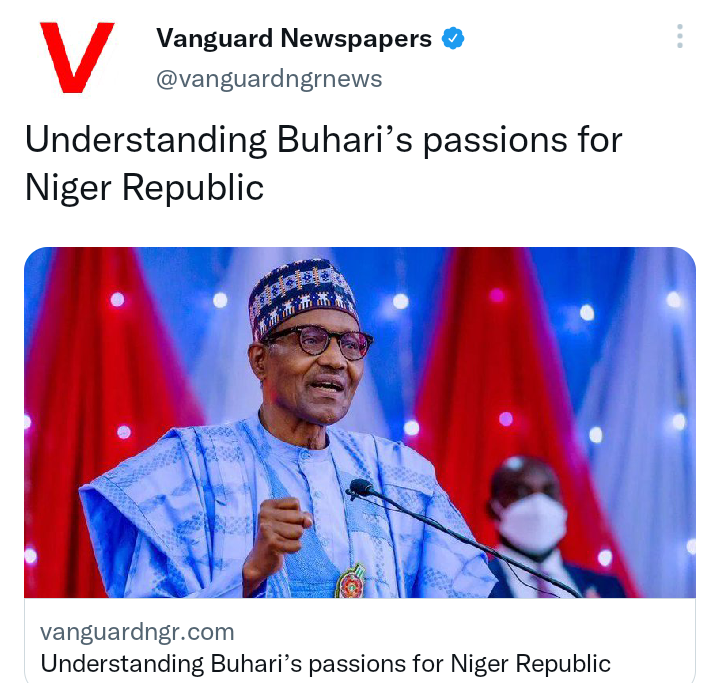 There are indeed few Nigerian leaders who can reckon with President Muhammadu Buhari’s adventures in foreign diplomacy; for good or for bad.

As military head of state, and subsequently, as twice-elected civilian president, Buhari’s passions and posers outside Nigeria have left lasting legacies.

He unwittingly started shaping himself in that arena in the late seventies after General Olusegun Obasanjo appointed him as the federal commissioner for petroleum, a position that opened him to the diplomatic circuit of the international oil trade.

However, he effectively stamped his name in international reckoning when as military ruler in 1984, he authorized what could be considered as about the most daring engagement by Nigerian spies abroad. That was the attempted kidnap of his loquacious critic, Alhaji Umaru Dikko from the streets of London.

It was an audacious kidnap attempt of a man who had at that time taken to international radio and other channels to mock Buhari. 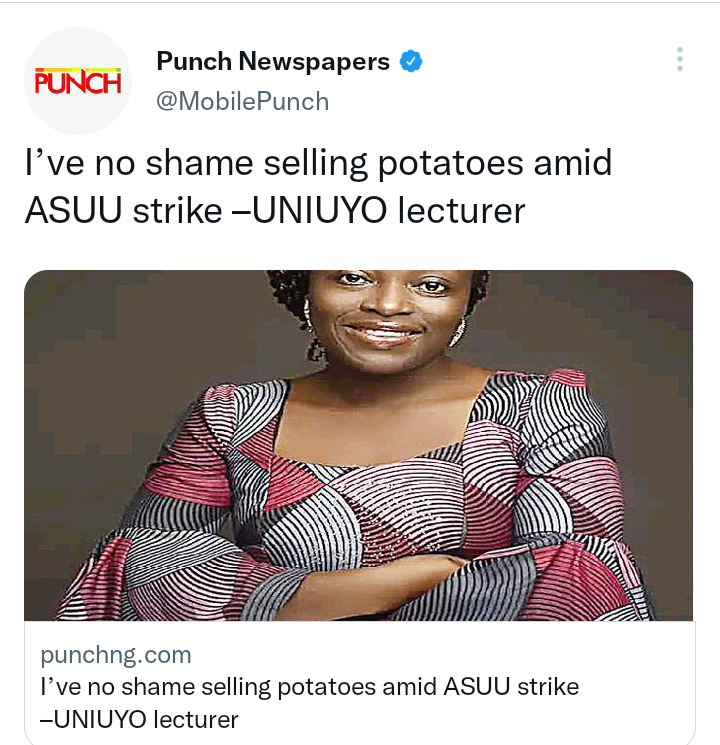 Christiana Pam, a lecturer at the University of Uyo, Akwa Ibom State, tells DANIEL AYANTOYE how the ongoing strike by the Academic Staff Union of Universities pushed her into trading to cushion the economic impact of the industrial action

For how long have you been a lecturer?

I studied Mass Communication at the University of Jos, Plateau State where I had my first and second degrees. I am an assistant lecturer at the University of Uyo, Akwa Ibom State. I have been lecturing for just a year now before the strike commenced in February and so far my experience has been a very great one. It’s the job I have always wanted to do. Like every other job, it’s when you enter into the sector that you realise some things you were not aware of before. Sometimes, it is not how we view things from the outside, that it really is inside. When I got the job, I noticed some of the things that I didn’t know when I was not lecturing but, generally, it has been a very great experience for me.

A social media post claimed you went into selling potatoes due to the ASUU strike. Tell us how it all started.

When the first strike was declared, I had the assumption that within four weeks, it would be called off and we would resume. I was very hopeful and relaxed, waiting for it to be called off but after ASUU’s negotiations with the Federal Government, which didn’t end well as the demands of ASUU were obviously not met, the strike was extended. 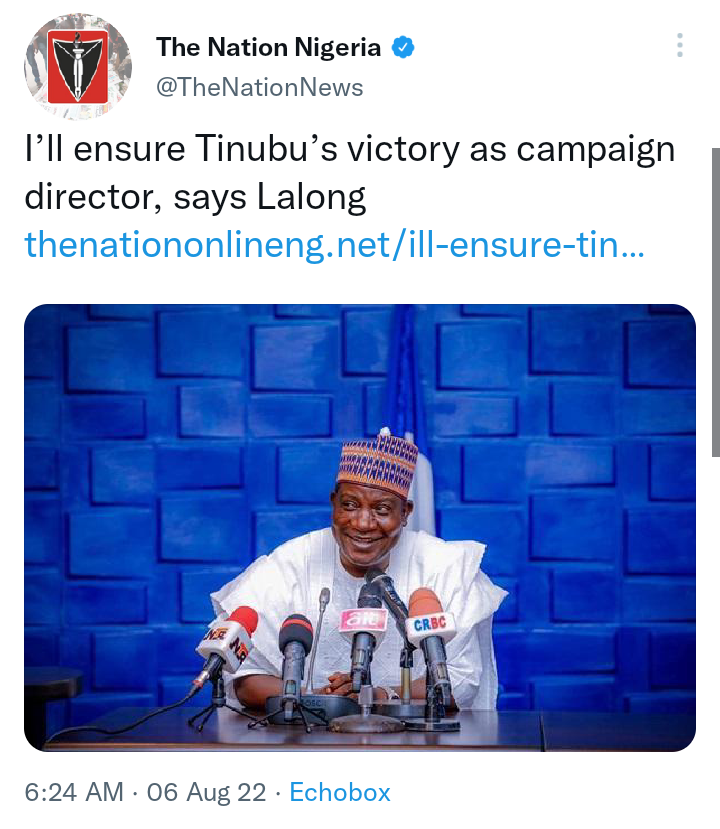 Plateau State Governor Simon Lalong, newly appointed director general of the Tinubu/Shettima Presidential Campaign Organisation, yesterday vowed to do all within his power to ensure the success of the APC in next year’s presidential election.

The party’s vice-presidential candidate, Senator Kashim Shettima, separately appealed to youths to unite to vote for the APC flag bearer, Asiwaju Bola Tinubu, promising that youths would play a pivotal role in government if the party won.

Lalong told party supporters who welcomed him at the Yakubu Gowon Airport, Jos, on his return from Abuja: “This is another time for us to work for the victory of APC and also the victory of Tinubu/Shettima presidential ticket.”

He urged Nigerians to keep religion out of politics.

Lalong stated that his position as the campaign council’s director general demonstrates that Plateau people are respected in national politics and that the state will support the APC. 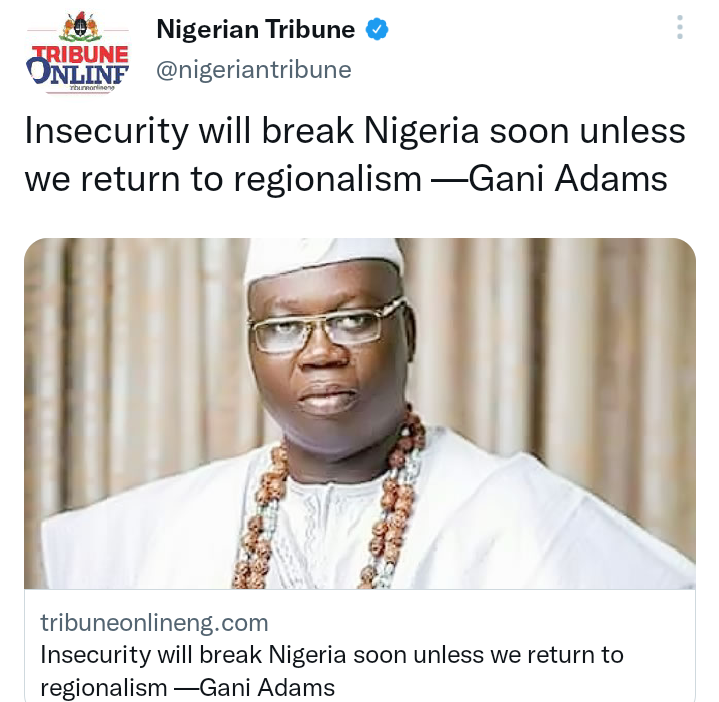 I think it is still the same. From all indication, we are yet to hear that they have been flushed out of those places. You will remember that when I gave the information about Ibarapa about two years ago, before the issue of Igangan started, I told the whole world that there were bandits between Igboora and Igangan. I also issued a statement about Kisi; that there were some terrorists attacking and kidnapping them. I said the terrorists had taken over the forest reserve there, the Oyo National Park. We moved to Kisi for a rescue operation, during which we apprehended some suspects, seized some arms and ammunition. That was about two years ago. We, in conjunction with the OPC, hunters and vigilantes, handed the suspects over to the Area Commander. They (the terrorists) were there in Oke-Ogun.

Before the issue of the Sarkin Fulani of Igangan and Wakili arose, I had informed the public about Igboora, in the Ibarapa area. At the end of the day, Sunday Igboho went to Igangan and challenged the Sarkin Fulani. He went there for a rally against the Fulani terrorising the two and other areas.

Content created and supplied by: YAHAYA (via Opera News )