See what people are saying after Joy Nunieh says "I did not touch funds meant for the Niger Delta People". 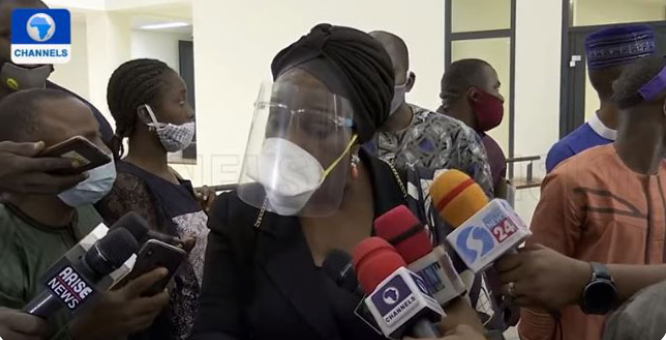 The former Acting Managing Director of the Niger Delta Development Commission (NDDC), Joy Nunieh, has stated that she did not touch any funds meant for the Niger Delta people.

She stated this on Friday when she finally appeared before the House of Representative Committee on NDDC, which she was billed to appear before the committee on Thursday, but her house was besieged by some security agents, hindering her from making a physical appearance.

Nunieh told the lawmakers that the siege on her residence was an attempt to prevent her from testifying before the panel.

@United way says if Nunieh did, would she have admitted? Rubbish people.

@Matty says this Nunieh just want to keep trending. It's high time we ignore her.

@Jamesneg says you lie madam Nunieh. Story for the gods.

Content created and supplied by: Kindness10002020 (via Opera News )