A house in Benin owned by former Edo Deputy Governor Dr Pius Odubu. It was overthrown by the Edo government on Tuesday evening. 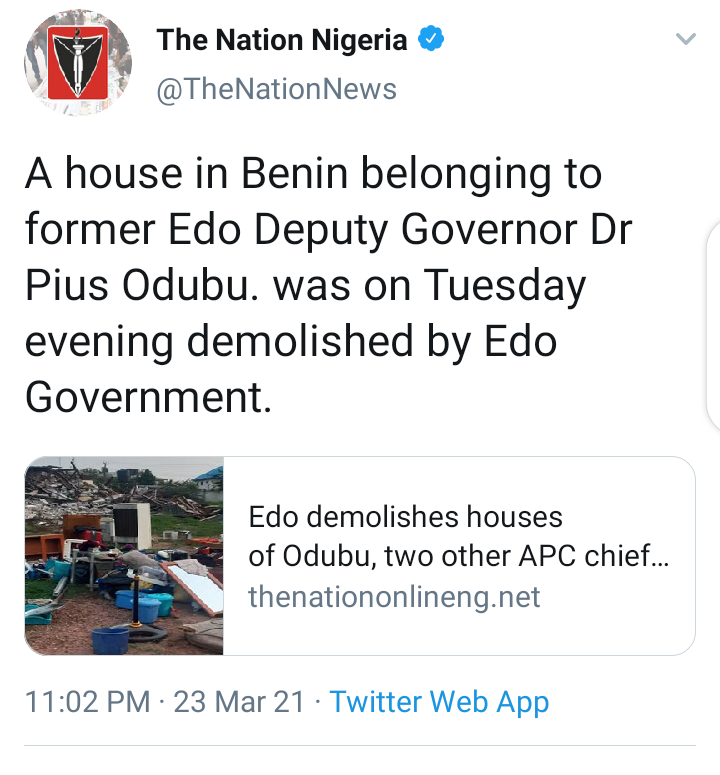 The community gathered around Odubu's younger brother as he was at the time of the demolition.

It was reported that he and his family were not allowed to evacuate their property before the demolition.

Odubu, in a statement, said: “I received information yesterday (late yesterday) that my assets, on Dennis Osadebe Avenue, in Benin City, had been vacated by Edo State government officials. orders of Governor Godwin Obaseki.

"My brother and his family were inside the house when it was unloaded and they were not informed or allowed to remove anything from their belongings, before destroying the house."

The wife of the APC's younger sister, Mrs Precious Odubu, told reporters around 4pm, she noticed some strange police officers, who got into the vehicles through a door.

She said: “The way they came in, not the main entrance, I was scared and asked the purpose. 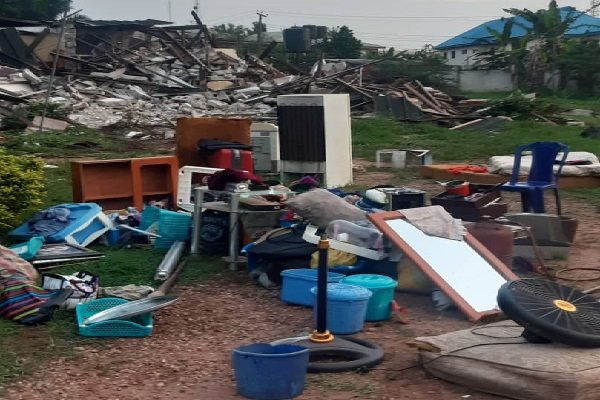 * They told me they wanted to demolish the house, telling them that if there were children in the building, they should be brought out.

"Without waiting for my answer, they just came in and started destroying the house, without letting us take our belongings.