By ImoSpic (self media writer) | 11 months ago 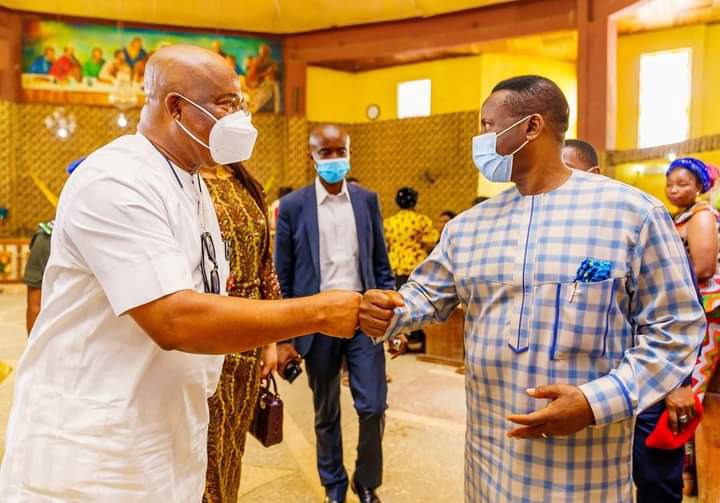 With the look of things in Okigwe, the All Progressives Congress APC, may lose out in the struggle over who represents the zone in the Senate.

The entire Bye-election, from the primaries stage, up to the election proper, is presently engulfed in legal warfare.

On the side of the APC, Senator Ifeanyi Araraume, and Hope Uzodinma's anointed candidate Frank Ibezim, are at each other's legal and political jugulars, as they battle to determine who is the authentic candidate of the party.

APC went to the Election without a candidate.

Moves by Araraume in recent times, to amend his suit haven't gone in his favour, and the court is yet to sit over Ibezim's appeal against the High Court ruling barring him from contesting for public office.

On the other hand, the opposition Peoples Democratic Party PDP, and All Progressives Grand Alliance APGA, have headed to Court demanding the disqualification of the APC, since the ruling party did not have a clear candidate on the election day, owing to the fact that both conflicting candidates, were disqualified on the eve of the election.

It has been more than a year since the death of Senator Benjamin Uwajumogu, and there doesn't seem to be a replacement for him in sight.

It is also worthy to recall, that MaaziTV published a prophesy by Prophet Elijah Ayodele, where he said that Araraume would not win the election, and that the PDP candidate Okewulonu, would win.

With the happenings surrounding the Bye-election, it seems clearer that Ayodele's prophecy may come to pass in Okigwe.

While the intrigues of the Bye-election persist, Senator Hope Uzodinma may consider looking for a stronger candidate, that can match Senator Ifeanyi Araraume in influence and political sagacity, if the APC hopes to regain control of the Okigwe Senate seat in 2023.

The name of the former Govenror of Imo State, Dr. Ikedi Ohakim comes to mind at this point. 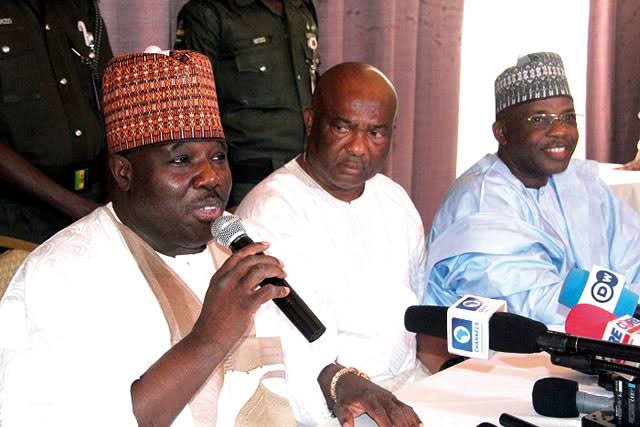 Ohakim, a very close friend and political associate of Senator Hope Uzodinma, who ran as his running mate in 2003, and was Uzodinma's ally during the Markafi and Sheriff saga in the PDP, is also one of Senator Ifeanyi Araraume's strongest political rival.

Araraume's annoyance with Ohakim, is believed to stem from the fact, that Ohakim displaced him in 2007 to become Imo Govenror, a position Araraume seems unable to get into, despite spending so many years and resources trying to get it.

Araraume who's personal problems with former president Olusegun Obasanjo, cost him the PDP ticket in 2007, never forgave Ohakim for winning the election, and becoming Imo Govenror.

Araraume would drag Ohakim through the courts for almost two years of Ohakim's tenure as Govenror, and was instrumental to all the attacks and smear campaigns against Ohakim's regime, that eventually saw Ohakim out of office in 2011.

Unfortunately for Araraume, everything he did to remove Ohakim, did not help him into the seat, as Rochas Okorocha will cash into the opportunity, and become the next Govenror of Imo State after Ohakim.

Ohakim and Araraume have since then faced off against each other, in the quest for the Govenroship seat of Imo State.

In 2015, they battled at the PDP primaries, which saw Rt Hon Emeka Ihedioha emerging victorious.

They will still square off twice during the 2019 elections, firstly at the APGA primaries, which Araraume was accused of hijacking the outcome, and at the general election, where Ohakim will fly the flag of the Accord Party.

Rt Hon Emeka Ihedioha would be declared winner of the contest by INEC, however Araraume and former Govenror Rochas Okorocha, will work with Hope Uzodinma to get the Supreme Court to upturn Ihedioha's victory, and declare Hope Uzodinma the new Imo Govenror.

Unfortunately for Araraume and Okorocha, their relationship with Uzodinma would collapse barely months after their legal coup against Ihedioha, and the camps will jump into the trenches which they have remained till date.

Despite Ohakim's relationship with Ihedioha, he also has a relationship with his old friend Hope Uzodinma, and in recent times, both men have been spotted severally, raising indications, that Ohakim may have pitched his tent with Uzodinma.

When Ihedioha was in office, Ohakim had been strongly tipped for the Okigwe Senate seat.

Uzodinma's emergence, saw Ohakim shelve the idea, even though it was highly rumoured that he would contest.

There are chances that Uzodinma may opt for a stronger candidate in 2023, against whoever the PDP might present, as well as against Araraume, if he jettisons his long desire to rule Imo State, and comes for the Senate seat in 2023.

With Uzodinma's backing, Ohakim will displace Araraume for the party ticket, and would not be engulfed in the intrigues trailing the Ibezim attempt.

If Ibezim have been able to match Araraume as it is, Ohakim will make even a shorter work of Araraume for the party ticket, if he gets the backing of a sitting Govenror.

Winning any candidate from any party in Okigwe would not be difficult for the former Govenror, if he gets the ticket of the ruling party, and displaces Araraume, or anybody that may challenge him in the party.

There is however the chances, that Araraume may yet again try for the Governorship seat of Imo State, one last time in 2023.

Ohakim had not made any indication as to his political future, and had yet to declare interest in any political party, but with his closeness to Uzodinma, and Uzodinma's determination to keep Araraume out of power, Ohakim may become his best option to check the Isiebu born politician.