By Starr7 (self media writer) | 4 months ago 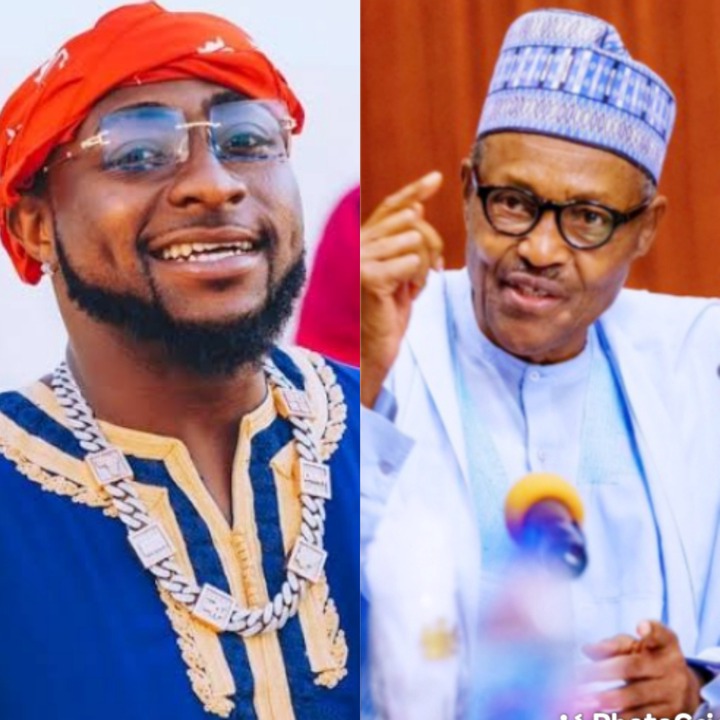 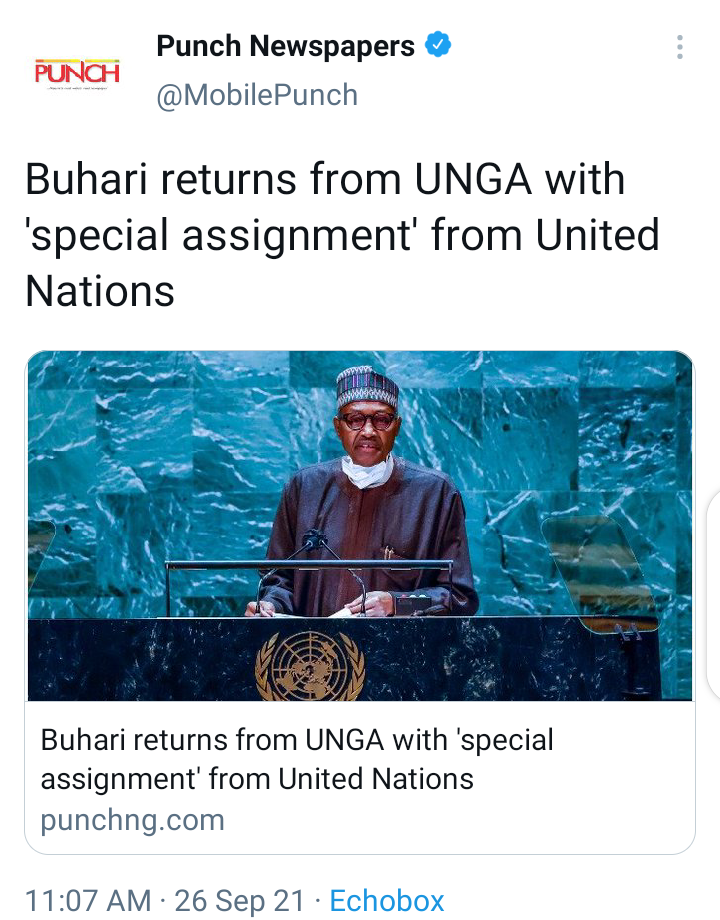 The President, Major General Muhammadu Buhari (retd.) has returned to Abuja after his weeklong engagement at the 76th Session of the United Nations General Assembly in New York, United States of America.

The president came back to the country with a special request from the UN Secretary-General, Antonio Guterres, which is to help in restoring socio-political order in troubled West African countries, the News Agency of Nigeria reports.

Guterres, who commended Buhari for his leadership roles in Africa as well as the stabilisation of the West African sub-region, aired his opinion during an audience with the president at the sidelines of the 76th Session of the UNGA.

The UN scribe observed that Africa, especially West Africa, was generally seen as an ocean of stability and good governance, but was deeply concerned about the recent reversal of fortunes in democratic rule in some parts of the West African sub-region with coups overturning elected institutions. 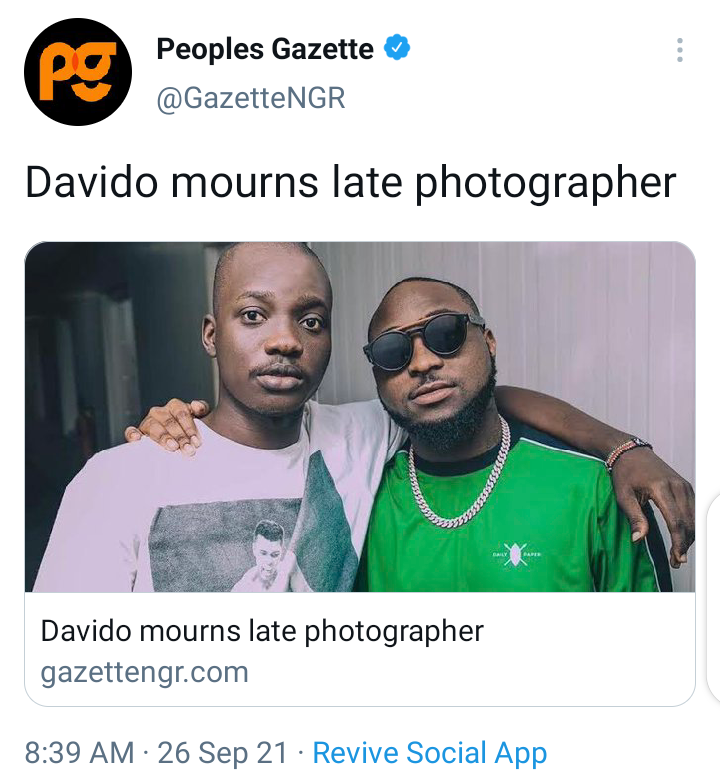 The superstar took to his Instagram page @davido on Saturday to mourn Ateumunname, saying the latter did not give him the chance to fulfill his promises to him.

Ateumunname died on Tuesday, September 21, after drowning at an undisclosed location in Lagos.

Davido described the late photographer as the “best kid and a rare breed.”

He wrote “I can’t believe you are gone and since we met you never left my side for one day. Your page says it all.

“You went from a complete stranger to one of my closest confidants within weeks and there is nowhere I entered that you and your lens did not enter.

“I can’t even believe I am writing a tribute to you right now when we still have so much more to do.

“Your workshops, studios, trips, shows, scenes and moments and I can’t believe you didn’t give me the chance to fulfill the rest of my promises to you”. 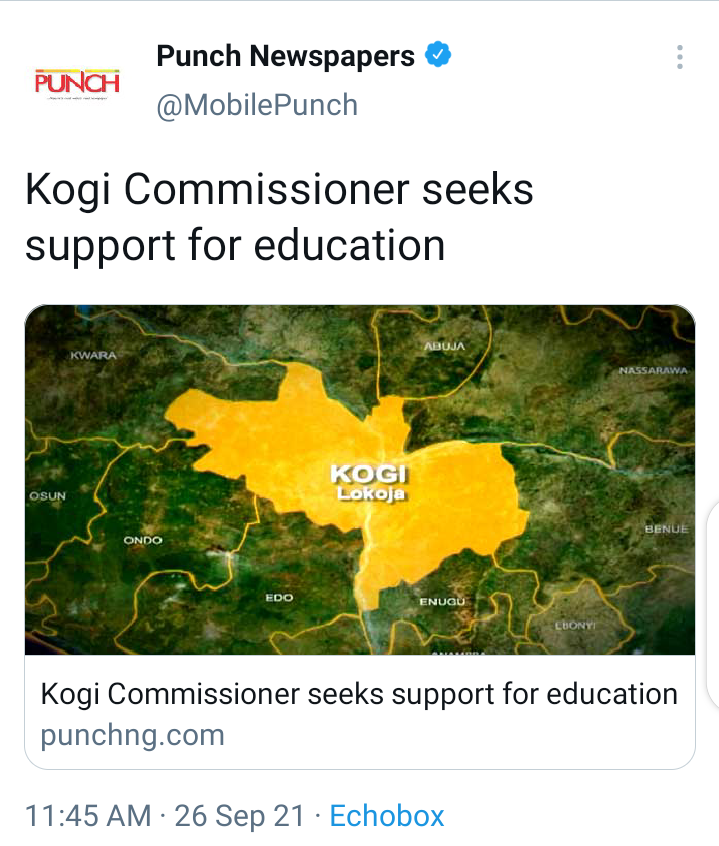 The Kogi Commissioner for Education, Science, and Technology, Mr Wemi Jones, has called on well-spirited individuals and organisations to support the funding of education in the state.

Jones made the call at the inauguration of the Inter-School Competition, sponsored by Pharmacist Abdulkareem Asuku Youth Empowerment Foundation that was held on Saturday at Our Lady of Schools Anyigba, for the Eastern Senatorial District.

The inter-school competition tagged ”Reviving the Glory of Education” was organised by PAAYEF to facilitate access to quality education and open opportunities for Kogi students, the News Agency of Nigeria reports.

“We are glad that PAAYEF has responded to the call of government on individuals and organisations for private partnership in transforming the state’s education sector. Education is a social service that requires massive funding. The government is doing a lot but the government alone cannot do it. I appeal to well-spirited individuals in our society, especially those who have benefitted from education to come out and support us.

“We will be glad if people that have the resources would support us in things like this that will bring back the glorious days of education to our state”, he said.

Jones praised the governor for showing total commitment and dedication to the transformation of education in the state.

He expressed his excitement over the brilliant performance of the students at the competition, saying, ”I am extremely excited with what I have seen here today.