By Sharieyf (self media writer) | 9 days ago

Corruption is a killer disease that ravages any nation. It effects are so devastating that can bring any nation down, no matter how powerful and resourceful it is. Its danger is far beyond imagination. Corruption has bring so many nations down and leads to their downfall. 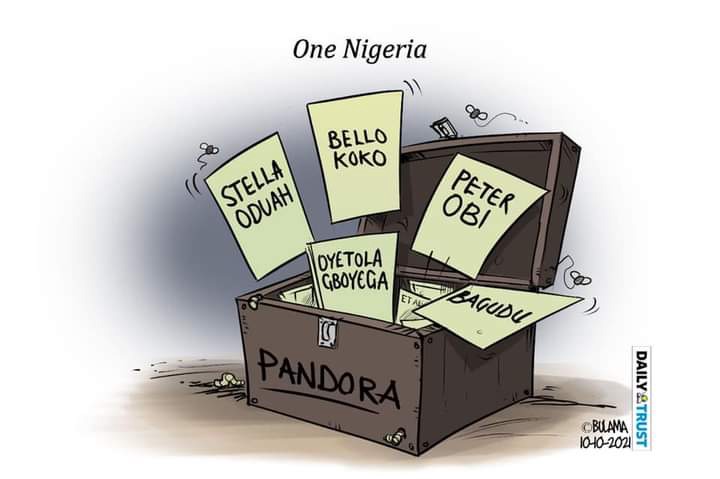 Last week, the list of pandora papers came to light. The list exposes prominent politicians, public figures that are involved in some shady deals.

In Nigeria, there are many politicians and public office holders whose names appear in the list.

Popular cartoonist Mustapha Bulama has released another cartoon on the issue. The influential cartoonist has depicted in his cartoon the names of prominent figures that their names appear in the list. 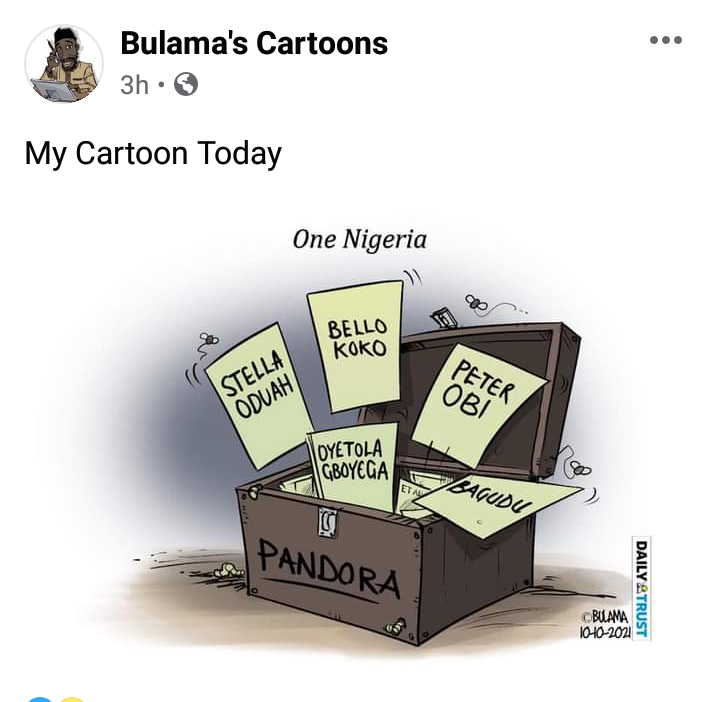 The other aspect of the cartoon shows that corruption knows no religion, region or gender as the names of the individuals in the list cut across all the regions, religions of the country. 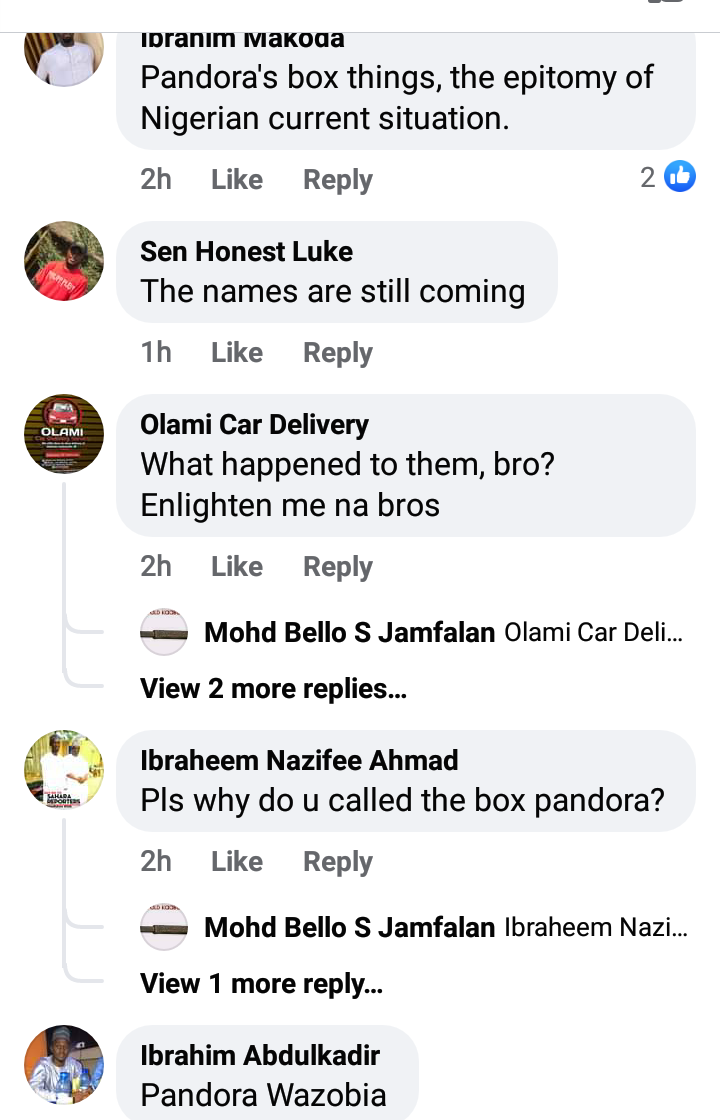 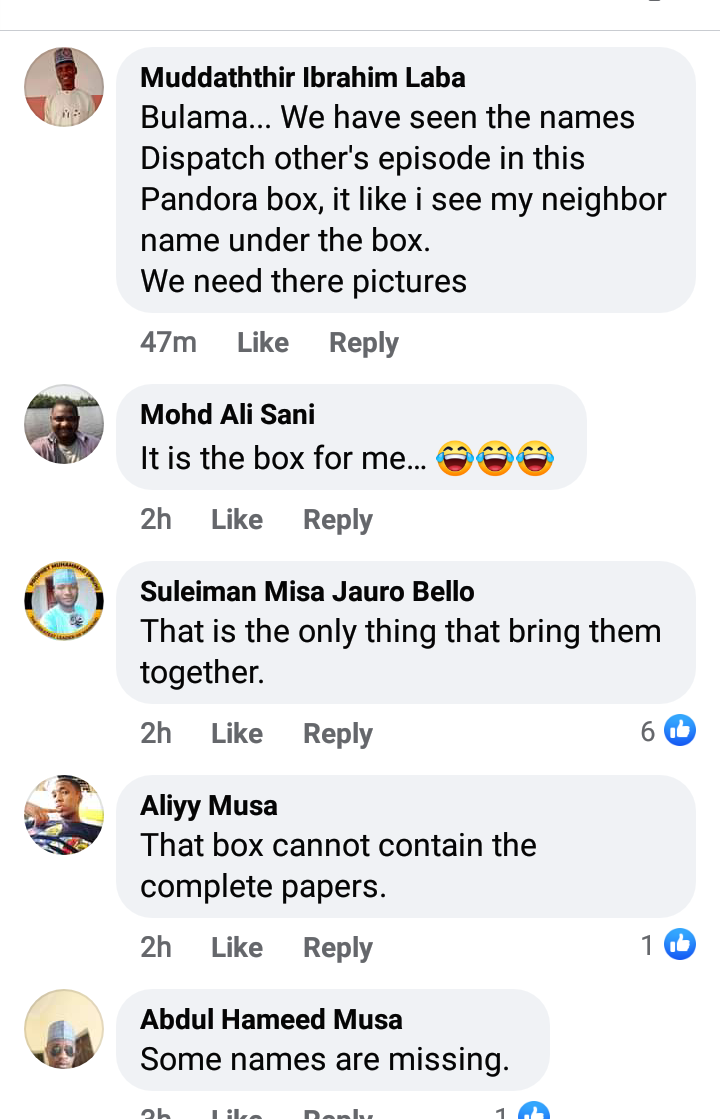 Pandora papers have shocked the world as prominent figures around the world were exposed to have been involved in some shady deals. Some have set up offshore companies to evade paying taxes in their respective countries. Others were caught to have set up hidden business activities.