It is no more news that the Former Governor of Lagos State and the National Leader of the of the All Progressives Congress APC, Asiwaju Bola Ahmed Tinubu, might be contesting 2023 Presidential race, under the Platform of the Party.

Though, Tinubu has not declared his intention to contest Presidential race, to the Public but his Loyalists have been canvasing for him, concerning his Presidential Ambition, across the states.

It should be recalled that different Groups have declared their support for Tinubu, if he decides to contest Presidential race in 2023. One of the Groups is the Southwest Agenda (SWAGA). SWAGA is the Group, emancipating for Tinubu's Presidential Ambition in 2023.

The Chairman of SWAGA, Senator Dayo Adeyeye recently made it known to the Public, that sixteen APC Governors are ready to support Tinubu's Presidential Ambition. 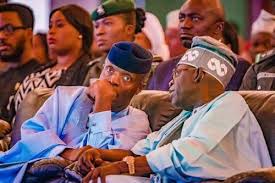 Recently, The Northern Group, under the auspices of Osinbajo Awareness campaign (OAC) was launched in Kano State. The Group Promised to mobilise 20Million votes for Osinbajo across the 19 States in the north, including the Federal Capital Territory (FCT) 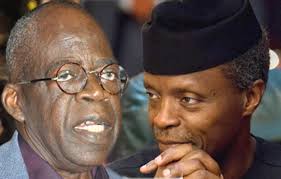 Meanwhile, Osinbajo may not encounter much Problems in Southern Part of the country, especially in southwest. With Osinbajo's popularity, Tinubu might nominate and support him, to contest Presidential race in 2023. 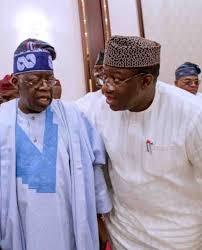 It should be recalled that Osinbajo was trained by Tinubu. He was the commissioner for Justice, when Tinubu was the Governor of Lagos State. Though, Osinbajo has not openly declared his interest to contest Presidential race in 2023 but his loyalists are canvassing for him. 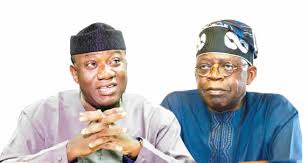 Another APC Leader that Tinubu may nominate, is the Governor of Ekiti State, Kayode Fayemi. It was rumoured that Fayemi might be contesting Presidential race, and the Governor of Kaduna State, Mallam Nasir El-Rufai might be working for him, in the north.

The reason is that, it was also rumoured that el-Rufai wanted to be, his running mate in 2023. If this could be true, it means Fayemi may not encounter much Problems in the north.

Therefore, Tinubu might nominate Fayemi in 2023 to contest Presidential race, under the Platform of APC. It should be recalled that Fayemi recently, visited Tinubu when he was in London, over his health challenges. Tinubu may nominate, either Fayemi or Osinbajo as Presidential candidate of the Party, in 2023.