By Cartelz (self media writer) | 24 days ago 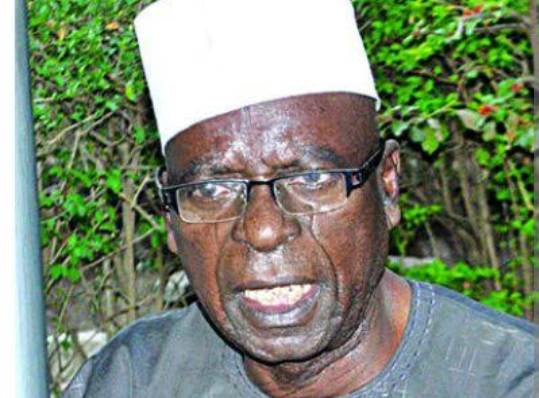 The Deputy Chairman of the Northern Elders Forum (NEF) and former ambassador to Switzerland, Ambassador Yahaya Kwande, has spoken about the controversy surrounding the 2023 general elections, particularly the issue of power rotation. The NEF scribe explained the position of the Northern Governors Form, concerning the matter.

During an interaction with Arise TV, the former diplomat touched on some key issues with respect to the current situation.

He said that, "I don't think from what I heard from the presentation of the northern governors, they did not demand that presidency should come to the North. They are saying, follow the constitution, if all the political parties decide to select their candidates from the South or from the North, they have democratic right to do so, but let them not confuse the issue as if leaders are to dictate where the president should come."

He opined that power rotation is not an item on the constitution but political parties can adopt it to win elections. He went on to say that, "power rotation was an arrangement by the PDP and not between regions."

According to him, the emergence of President Buhari was an exception to the zoning arrangement, because he succeeded under the APC, which had no such arrangement.

He frowned at the southern governors 'commanding' posture, asking the rest of Nigeria to vote for someone from that part of the country.

Content created and supplied by: Cartelz (via Opera News )