NDDC: Who is Acting Managing Director of NDDC? Who faints during public hearing 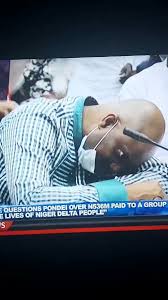 As Nigerian House of Representatives, are investigating on how the Niger Delta Development Commission spend billions of Naira. It is a matter of concern to ask who is Professor, Kemebradikumo Daniel Pondei, the man that fainted during questioning. 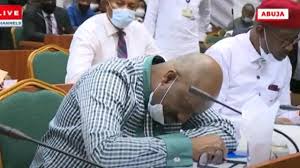 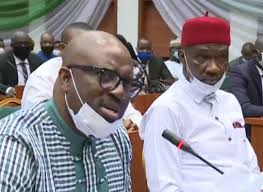 Meanwhile, Femi Gbajabiamila, speaker of the house of representatives, has stated that Kemebradikumo Pondei, the acting managing director of the Niger Delta Development Commision (NDDC), will no longer appear before the panel and the agency, who are probing him.According to his statement, the speaker apologized, that the room was stuffy during the hearing and also he wish Pondei quick recovery. The commission has, already stated that, NDDC boss has being sick for about two weeks, before the probe. According to the statement by the Director of Corporate Affairs of the agency, Mr. Charles Odili, said prof. Podei taught that he could make it in the hearing and take care of his health later, but due to the unstable condition he collapse during the hearing.