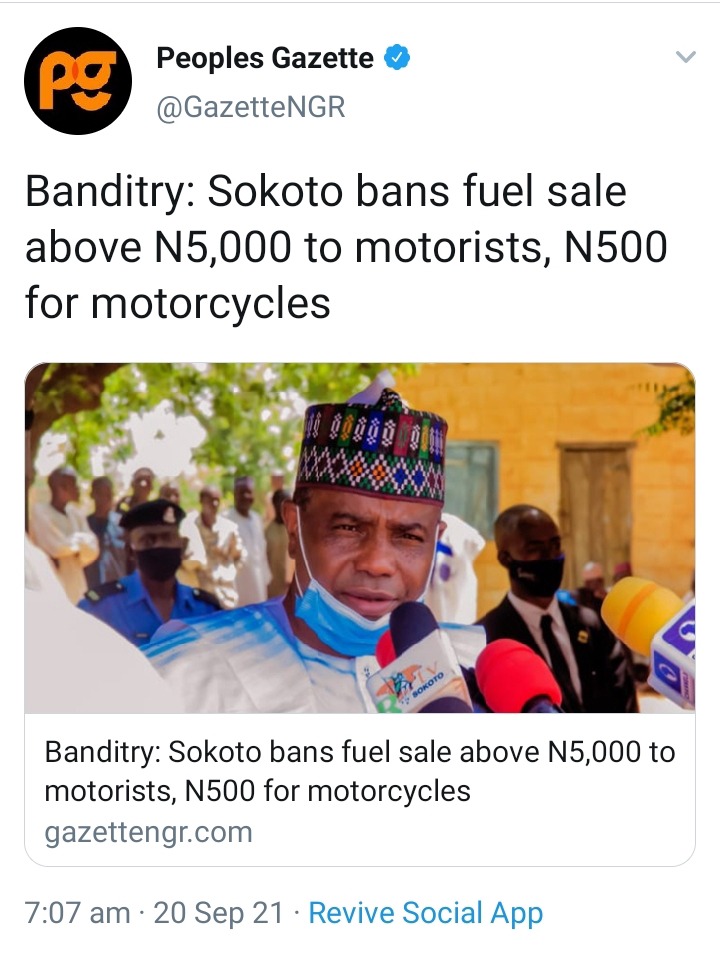 Sokoto State Government has capped the maximum amount of petroleum product motorists and tricycles operators can buy per time at N5,000 and N500 respectively.

The state government reached this agreement with Independent Petroleum Marketers Association of Nigeria (IPMAN) during a stakeholders meeting in Sokoto as part of measures to curb banditry, the Peoples Gazette reports. 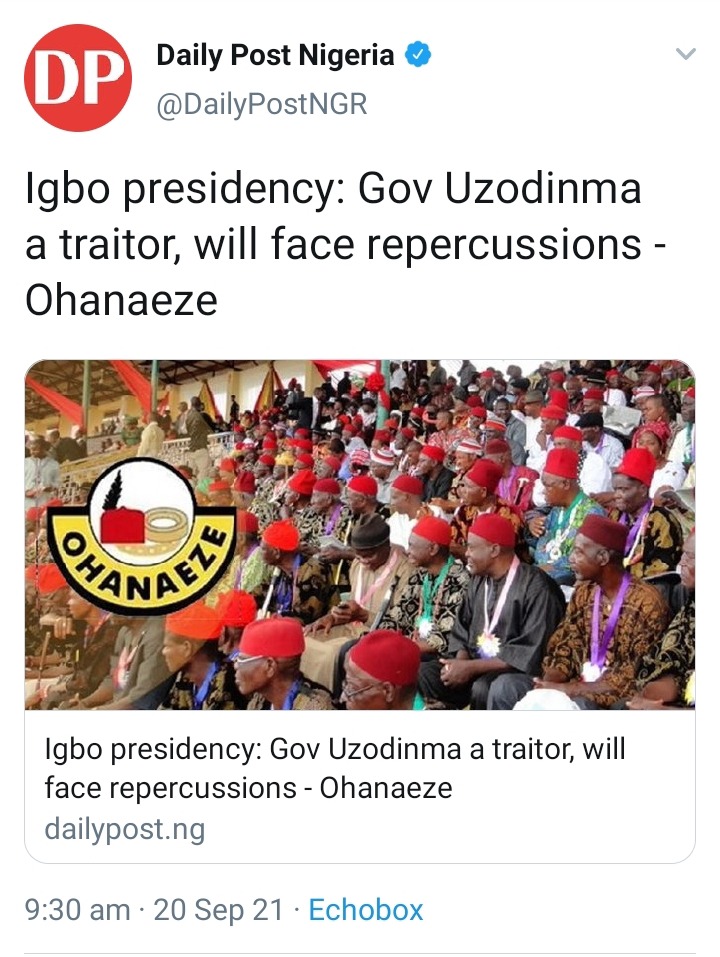 The Ohanaeze Ndigbo have again come hard on Governor Hope Uzodinma of Imo State over his stance on the Nigeria President of Igbo extraction in 2023.

Uzodinma had ruled out the Igbo presidency project in 2023, claiming that such was not the interest of his party, the All Progressives Congress, APC; Daily Post says in its report.

The apex Igbo socio-cultural organization now sees his outburst as that of a traitor and cautioned that it would come with huge repercussions.

Politicians Playing Nigeria Like Ludo, They Are All The Same- Ooni 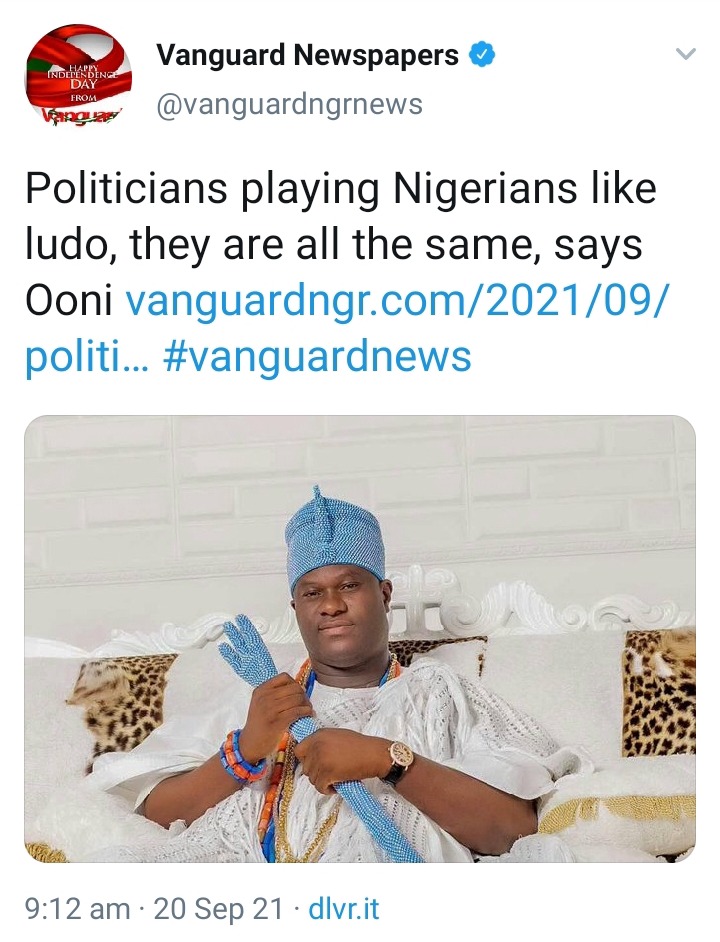 Ooni of Ife, Oba Adeyeye Ogunwusi said Nigerian politicians are the same irrespective of their parties, challenging them to start serving the people genuinely and stop taking the country for granted.

This is as he pledged to pray to his ancestors to touch political class’s heart and changed them towards loving the people. 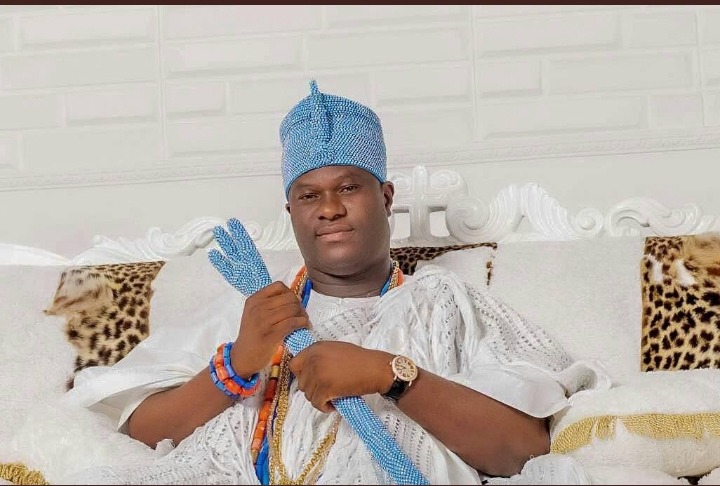 Ooni disclosed this at his Ile-Oodua palace, Ile-Ife, before heading into seven days seclusion to commune with the gods ahead of Olojo Festival 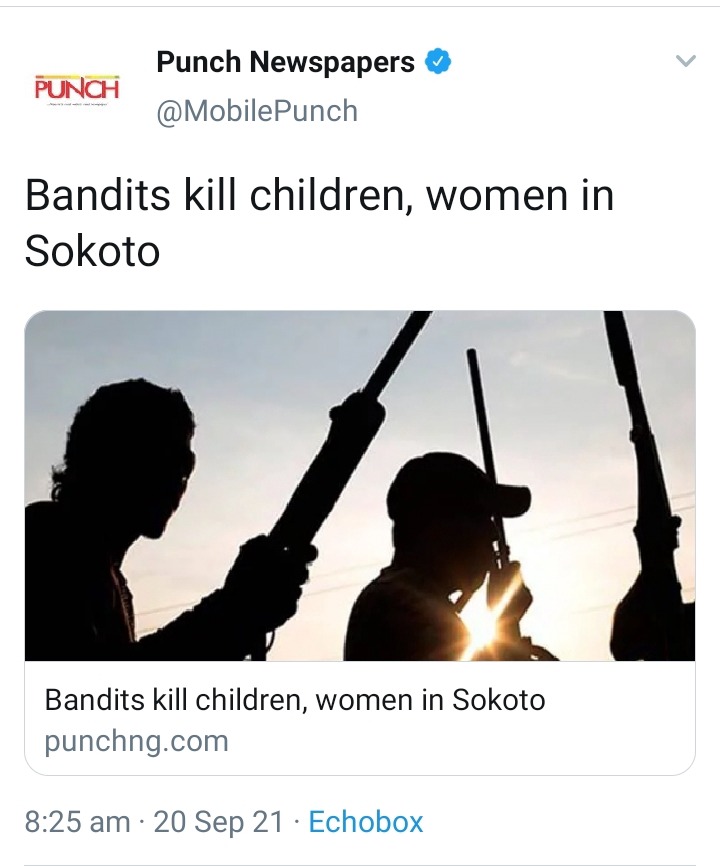 Punch Newspapers report says: In retaliation to the death of some of their members who were gunned down by some vigilantes, some suspected armed bandits in a reprisal attack, reportedly stormed Saminaka, a village located along Bale-Tangaza road on Sunday evening killing six people.