An Urgent Message to Asiwaju Bola Ahmed Tinubu and Governor Babajide Sanwo-Olu Over the Robbery that is Going On in LASTMA (Lagos State Traffic Management Authority). 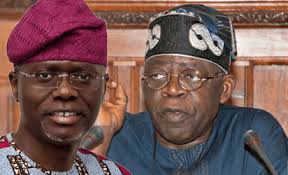 After the late Sage, Chief Obafemi Awolowo, Asiwaju Bola Ahmed Tinubu, is the most influential Yoruba leader(either living or dead) but whether he will be on the wrong or right side of history is for now uncertain and largely conjectural and speculative. Why? He is still alive and he will still play some important role in the continued political evolutionary process of Nigeria. But if I were to address him as of today, how would I rate him? Well, he put an end to the Sixteen year rule of the PDP through the mechanism of the APC. Again he was able to outsmart the Obasanjo political subterfuge and treachery in 2003 and retained Lagos State under the aegies of the ACN while the remaining Yoruba states were overrun by the PDP invading forces . In the same vein he has produced many Yoruba governors, Senators and other top notched national leaders. With this wide array of achievements, all those Yoruba politicians that are working subterraneanously with extra Yoruba forces to rubbish him are mere comedians who might be consigned ultimately to political irrelevance and power immolatiom.

Am I a fan of Bola Tinubu? Partially yes. He his yet to use his vantage position to fight for restructuring of Nigeria and true federalism. However, he is an astute politician that deserves the solid support of the entire Yoruba race. Those that are trying to blackmail him as being corrupt are only being mischievous. As of today no court has convicted him of any crime and let his critics show Nigerians any politician in the country without any moral baggage. A holistic analysis of all the Nigerian politicians would reveal an entire bumch of pillaging, annexationist and largely destructive leaders who are not only self serving but are due for immediate people power action that will consign them into the limbo of infamy and ignominy

To be sure, the legacy of Asiwaju in the south west and the Lagos State in particular are eternal and will be imperishable especially in the areas of infrastructure and good governance. It is therefore within this conjuncturre I call on him and and Governor Sanwo Olu to look into the rots in LASMA in order to save the masses of their open robbery and exploitation.

On Saturday 11 July, 2020 I was to catch a flight from Lagos to Abuja via Dana Airline. Hence, I was driven from Surulere to the Murtala Mohammed Airport. The actual road to the local wing of the airport was block (which I believe it was deliberate) leaving any commuter no choice than to drive on only avaible road was 'one way'. The LASMA officials often lurk around that place hunting for their prays.

On that day we were arrested at Ikeja-Along Bus Stop (just after railway crossing line "oju-irin") in attempt to go towards lkeja Under Bridge and link up with extension of Mobolaji Bank Anthony Way that leads into Local Airport.

They dragged us passed Ikeja High Court area and they collected a bribe of eight thousand and two hundred Naira from the driver after negotiating with them to reduce the 'fine from twenty five thousand Naira in between PWD Bus/Stop and Shogunle Bus/Stop. Near Shogunle Bus/Stop. In fact, I had to bail out this poor driver who they threaten to arrest and deflate the tyres of his vehicle.

They are four in number in uniform. One of them who claimed to lead the operation is dark tall and slim while his lieutenant is light in complexion and fat. They operated with a small bus popularly called "Korope" in Lagos (possibly Suzuki bus and possibly rented vehicle).

After the bribe, two of them entered (Toyota Hilux) written: Zone 10, Mary Land.

These characters are not fit to be in the work force of Lagos State. They are bad eggs and must be shown the way out. Only God knows how many Nigerians would have been their victims between Saturday 11 July and now. It is a form of robbery that the Lagos State government must stopped at once. The blocked road must be opened at once to facilitate the free flow of traffic.