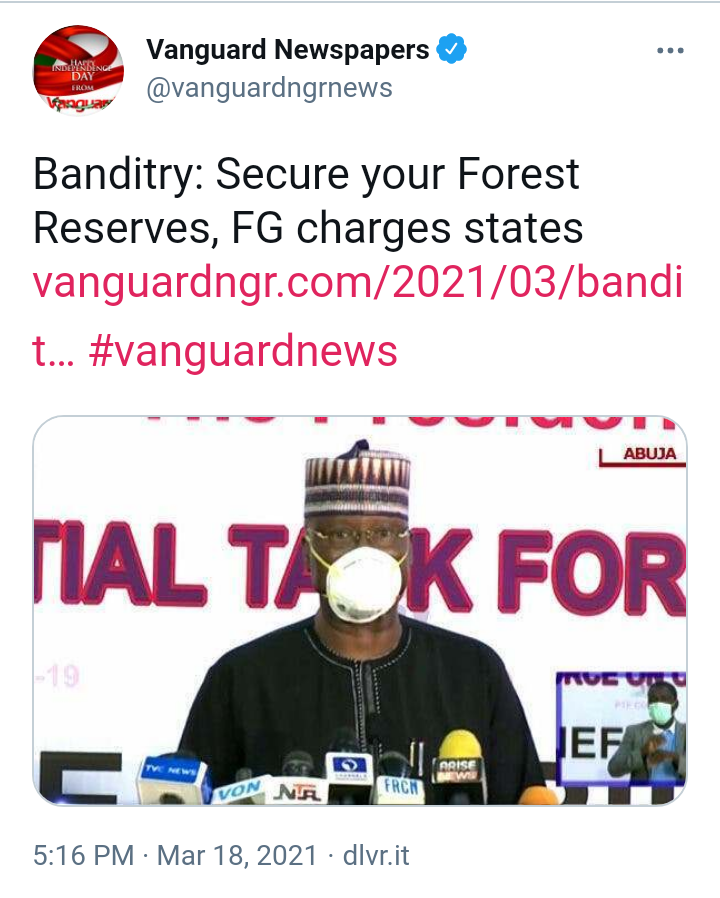 Against the continued resort by bandits to using Nigeria’s numerous forest reserves as safe-havens, the Federal Government has charged states to evolve mechanisms for securing the reserves as they fall under their purview.

Secretary to the Government of the Federation SGF, Mr Boss Mustapha gave the charge on Thursday at the first quarter, 2021 meeting of the Forum of the SGF and Secretaries to State Governments SSGs in Abuja.

He said the federal government on its part would strengthen the capacity of the National Parks Service to protect Nigeria’s 17 national parks against criminal gangs. 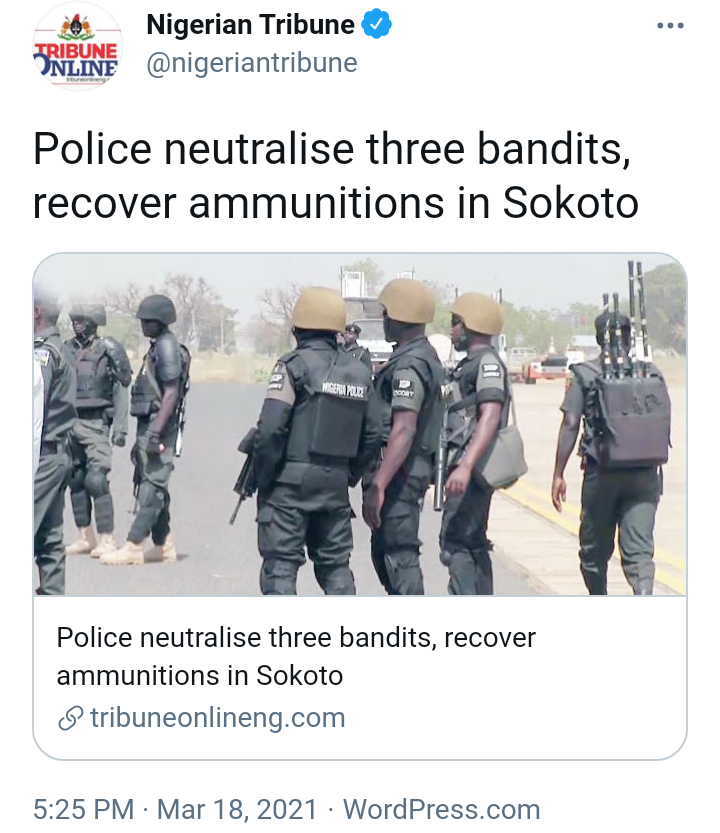 Sokoto State Commissioner of Police, CP Kola Okunlola, has disclosed that not less than three suspected bandits were killed by police in the state, while the command also recovered three AK-47 rifles.

The commissioner stated this, on Thursday, at a press briefing at the command headquarters in Sokoto.

The CP revealed that a resident of Gidan Buwai in Rabah local government area of the state had reported that bandits in their numbers invaded their community, in response, the police trailed the Bandits and engaged them in gun battles leading to the death of three bandits and also recovered AK-47 rifles. 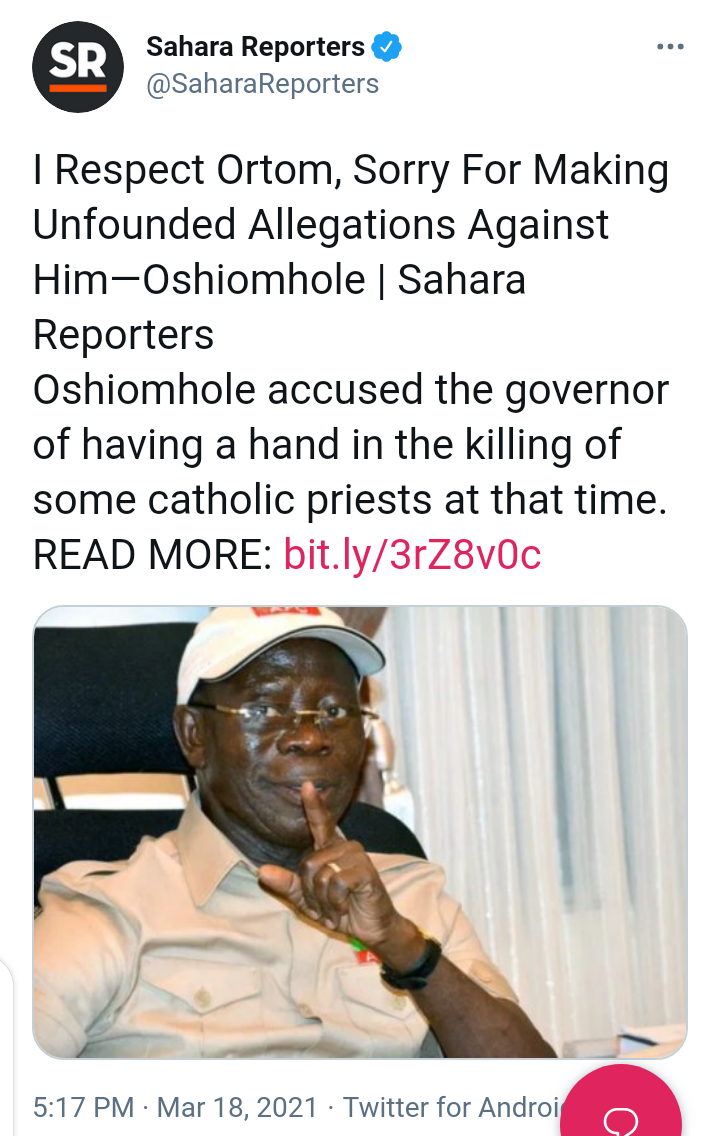 Comrade Adams Oshiomhole, the immediate past National Chairman of the All Progressives Congress, APC, has retracted the comments he made against Governor Samuel Ortom in 2018.

Oshiomhole, in his retraction, said he acted based on information he had, which he has now found to be false and baseless.

Recall that Governor Ortom had felt deeply aggrieved by the APC chieftains’ statement and had dragged him to court over the embarrassing and defaming comments. 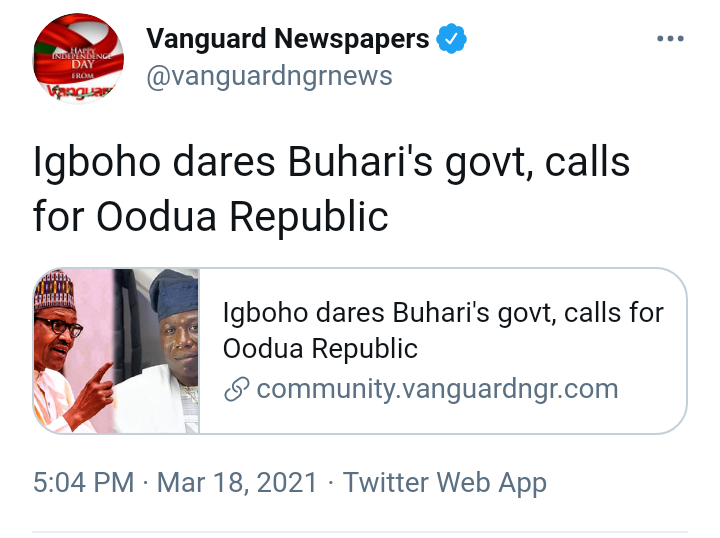 Sunday Adeyemo, youth leader better known as Sunday Igboho, has declared that the Yoruba are no longer part of Nigeria.

Igboho made the declaration while speaking in Ibadan on Wednesday. In a video of the event that has gone viral, Igboho said all the borders will be opened, while lamenting that major institutions in the south-west are headed by people of Fulani origin.

There is no evidence to substantiate this clam.

The youth leader came to prominence after he issued an eviction notice to herders in Ibarapa area of Oyo state. He also forced Seriki Saliu Abdulkadri, Fulani leader in Igangan, to leave the town and relocate to the north. 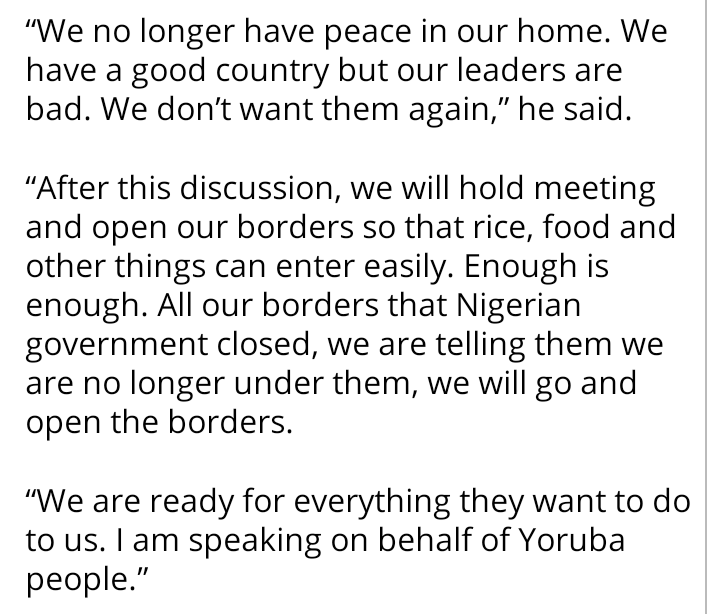 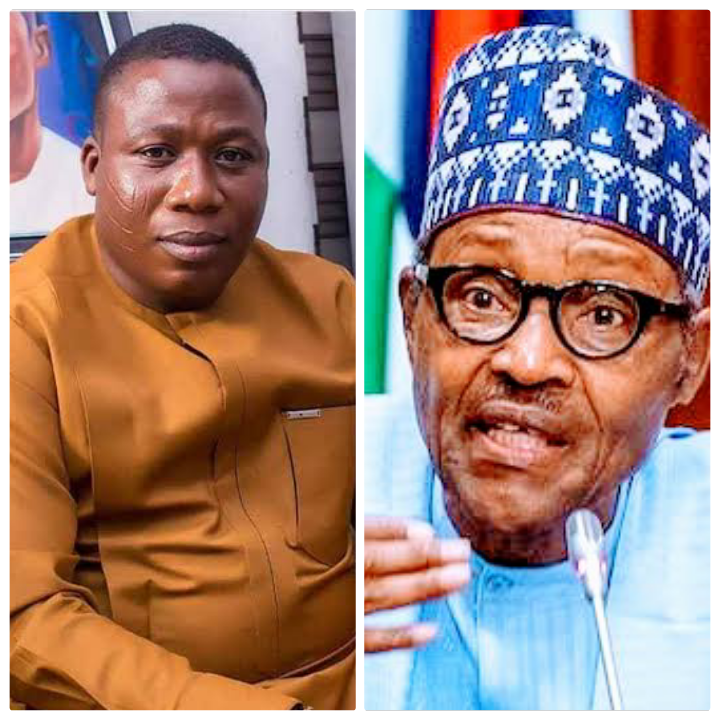 Lady Burns Her Lovers House After A Misunderstanding, Tries To Run Away With His Belongings

Sheikh Gumi appeals to bandits, begs for the release of all their victims because of Ramadan

A women gang specialize in kidnapping Children has been uncovered & 70 children were found in Benin.

1 Year After Hoarding Palliatives, They Release It For The Public Consumption After Spoiling (video)

BBN reunion: Kidd reacts after being dragged for stepping out with police escorts (Screenshots)