Former President of Nigeria, Chief Olusegun Obasanjo has charged Nigerians not to lose hope in the survival of the country. 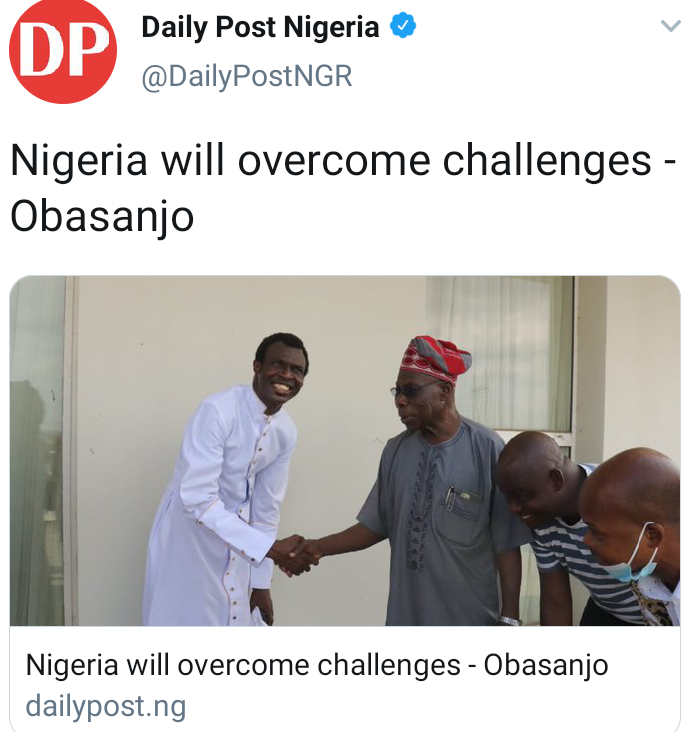 Obasanjo said Nigeria, against all odds, will overcome the myriad of challenges it is presently facing.

He said if our forefathers were faced with similar challenges in their time and were able to get over them, then we will also overcome them.

The elder statesman spoke during a courtesy visit paid to him by the Coordinator of Christ Apostolic Church Prayer Camp, Ikeji Arakeji, Prophet Sam Olu Alo, in Abeokuta, the Ogun State capital. 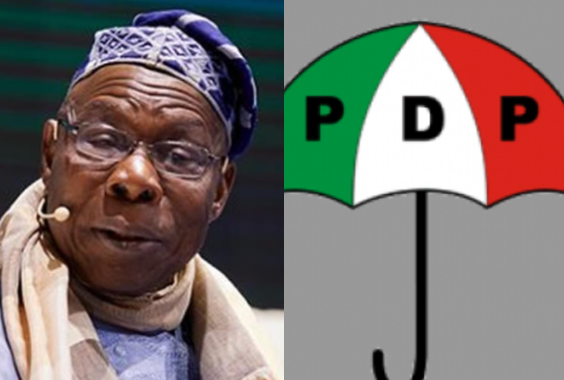 THE Edo State chapters of the All Progressives Congress, APC, and the Peoples Democratic Party, PDP, have engaged in a war of words over the performance of Governor Godwin Obaseki. 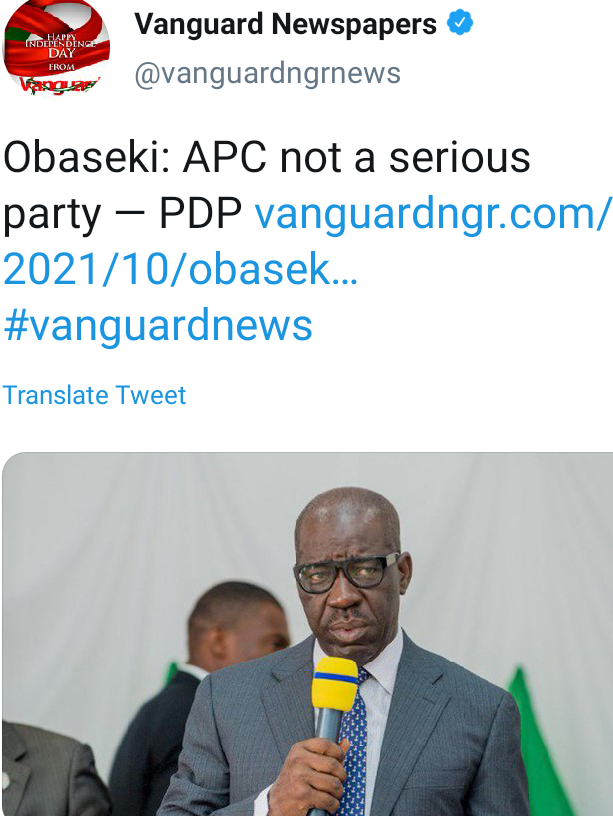 The APC in a statement by its newly elected state chairman, Col David Imuse (retd) accused Obaseki and the PDP of running a government with massive irregularities, boasting that it would soon make public details of such irregularities as he accused the governor of alleged dictatorship.

Nigeria is glad that the Biden administration is fully back on board the Climate Change global agenda, in a commendable restoration of the US government’s support for the Paris Agreement, according to Vice President Yemi Osinbajo (SAN). 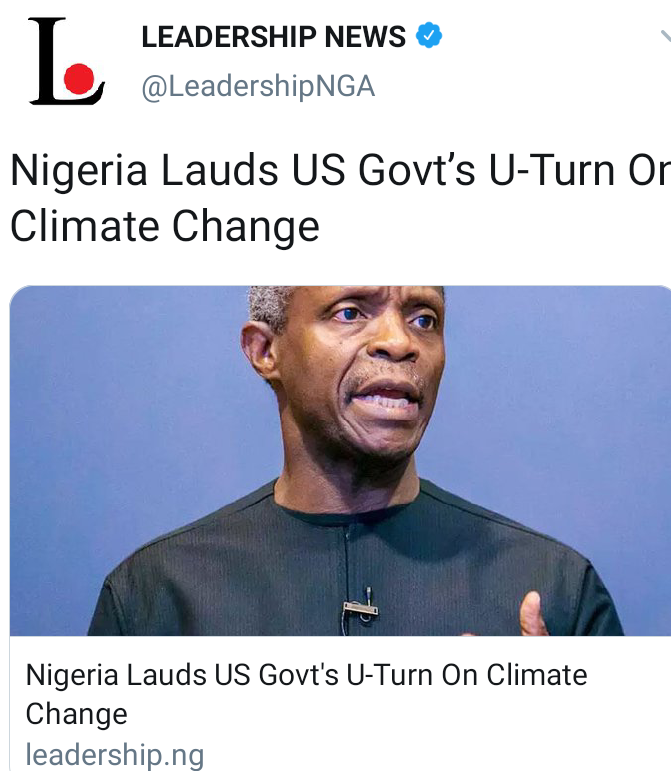 Prof. Osinbajo stated this on Monday when he received at the Presidential Villa, Abuja, a US government delegation led by the White House Deputy National Security Advisor, Mr. Jonathan Finer, who is currently visiting Nigeria.

In a statement by Osinbajo’s media aide, Laolu Akande, Prof. Osinbajo said: “we are happy that the US is fully on board with climate change and back to the table on this issue. I think one has to commend the drive that this US administration has put behind climate change.”

The Bayelsa State Government has imposed a dusk-to-dawn curfew on its waterways to curtail sea piracy, kidnappings and other criminal activities. 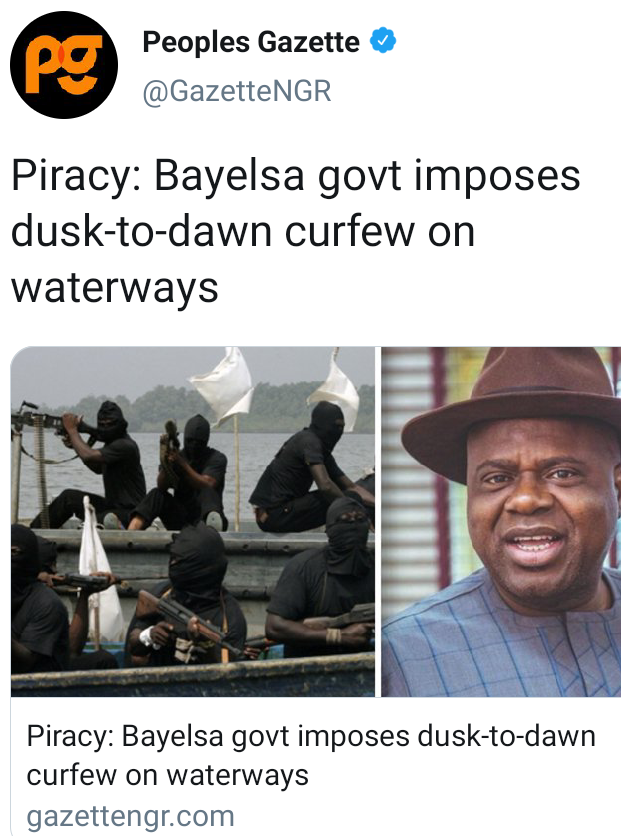 He said the curfew on water transportation, which takes immediate effect, is between 7:00 p.m. and 6:00 a.m., as he also announced a ban on the use of 200-hp speed boats.

Governor Babagana Zulum of Borno State has warned that any politician found harbouring or sponsoring thugs in the state will be dealt with accordingly warning that his administration would not condone any act of indiscipline. 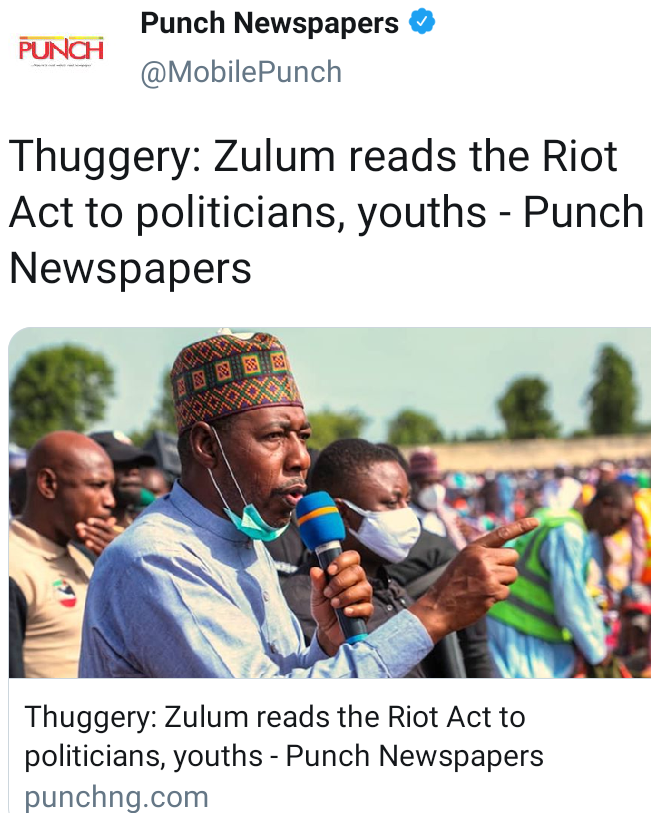 The governor gave the warning on Monday at the Government House while addressing leaders of a political youth thuggery group known as ECOMOG.

A statement by the Special Adviser on Public Relations and Media Strategy to the Governor, Isa Gusau, said Zulum had at different times approved several jobs and empowerment programmes for the groups to make them have lawful means of livelihood.