Colonialism in Africa: Should Britain Apologize (or Not) for Her Imperial Past? 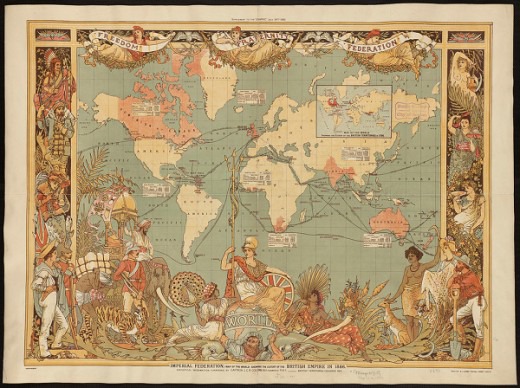 Colonization in certain parts of Africa and the role played by Britain can perhaps be described as condemnable in today’s society, but shouldn’t we just place ourselves in the past and search ourselves on what our own outlooks would have been at the time? Would we have played similar or different roles?

Colonialism, the “practice of acquiring full or partial political control over another country, occupying it with settlers, and exploiting it economically” was indeed a violation of other people’s rights, becoming an authority over them and virtually all they own; their territories, their rich natural resources, their languages, their politics and economies, religious beliefs, and people.

We can argue the fact that the time of the British imperialists is different from our own modern times. With imperialism, there was little or no human rights, neither was their empathy for the weak and the oppress-able.

The practice at the time was one of a stronger power extending its control over the weaker ones. It was a time of economic exploitation of natural resources and the creation of new markets for the imperialist's mother nations, making it one of the most widespread forms of colonization.

The colonized were uneducated, had far fewer rights, were majorly impoverished, with a majority of them unaware of what was going on. But it wasn’t only Britain that partook in the practice of colonisation.

Other Europeans had their territories in most of Africa, much of Asia, Australia, and the Americas, with most of them sending settlers, who were also referred to as the Colonials, from their own countries to populate their new-found territories. Colonialism: Should Britain Apologize for their Role?

Should Britain apologise for their role in imperialism, a legacy that has often been criticized as the root cause of the rough and uneven social and economic development worldwide, especially as it relates to Africa?

While some believe that Britain's aim was never to build an empire, so, they can never be described as being strictly imperialists, others, especially those in countries once ruled by the British, still have lingering resentments and historical grievances against their past colonial masters.

So, should Britain apologise for colonialism? Many people, descendants of both the rulers and the ruled appear to believe that the British should apologise for the part they played in an act that began in the 16th century and didn’t start to subside until the early 20th century. But isn’t it best to leave the past in the past, or not?

Many of today’s descendants of African colonial masters have a much different mindset from their forefathers so it seems quite natural that they feel bad about what happened in the past and believe apologies are in order.

But once the apologizing begins, when should it start, how expanded will it be, and when does it stop? Shouldn’t it be extended to the descendants of slaves snatched from their nations and shipped to strange lands in shackles?

Should offering or seeking apologies for acts as far back to the time of the Mongols who ran an empire that emerged from the unification of several nomadic tribes under the leadership of Genghis Khan in 1206 and sent invasions in every direction. Perhaps we should seek Julius Caesar, or Alexander the Great?

colonization, An Act of a Different Time

Apologies are not really necessary because some issues of the past are the way the world took shape back then, and this is a general opinion. A handful of leaders have half-heartedly recognized the suffering that the colonialism inflicted, but none have come forth to say, “We are profoundly sorry for Colonization and slave-trading of the past, and the ways it has affected you as a people”.

But apologies will change nothing, and is more for emotional satisfaction, just to make people feel better about what transpired in the past. But what is its worth?

What should happen, that perhaps may be a sign of remorse, is for the descendant countries of past Colonial masters who are now leaders of the First World countries, should not allow themselves to encourage a new form of colonization whereby they receive and help hide-away stolen-wealth acquired from the leaders of their former territories.

Their complacent look-the-other-way attitude while doing nothing makes them collaborators of sorts and should stop. Because it is good to have such stolen-wealth stashed away in their own countries, and utilized within their own system, they are aiding and abetting colonization of sorts. Effects of Colonialism: What it Left in Its Trail

The Positive effects of Colonisation

Colonialism has its own positive attributes though. Many colonised countries benefited much by way of education, religion, aid, and new skills. We must not forget that Britain, especially, gave a great deal to the colonised nations, like India for example. Many of such nations, particularly the more serious ones, have become great in their own ways, with their citizenry profiting much from their Colonial masters.

For instance, because of technological advancements, I am typing this article on my laptop and relaying a message to the whole world. Maybe without the advancement, I’ll be telling tales by moonlight to a few dozen people. Maybe I’ll be looking to the stars to determine when to sow or harvest, or the sun to give me the time of day or talking drums to send out messages far and wide.

One thing is clear though, what happened has shaped the world in no small way in making it become one global village and with the benefit of hindsight, it all didn’t work out too badly.

Whilst conditions are much better than what it was four centuries ago, today’s elite and overtly wealthy in some of the colonised territories, majorly in developing Africa, still exploit their individual nations.

For instance, Africa is still suffering from colonialization in the sense that it's being carved up into many countries. Each carved-out nation consists of diverse citizens of different religions who speak dozens of languages and dialects and have totally diverse views.

The past is the past, and hopefully, we’ve learned from it. Instead of clamoring for Britain to apologies for its role in Colonization, the world needs to move on in its quest to make this planet a better place for all.

Should the British tender an unreserved apology for Colonisation, or not?