By IrorunWrites (self media writer) | 6 months ago 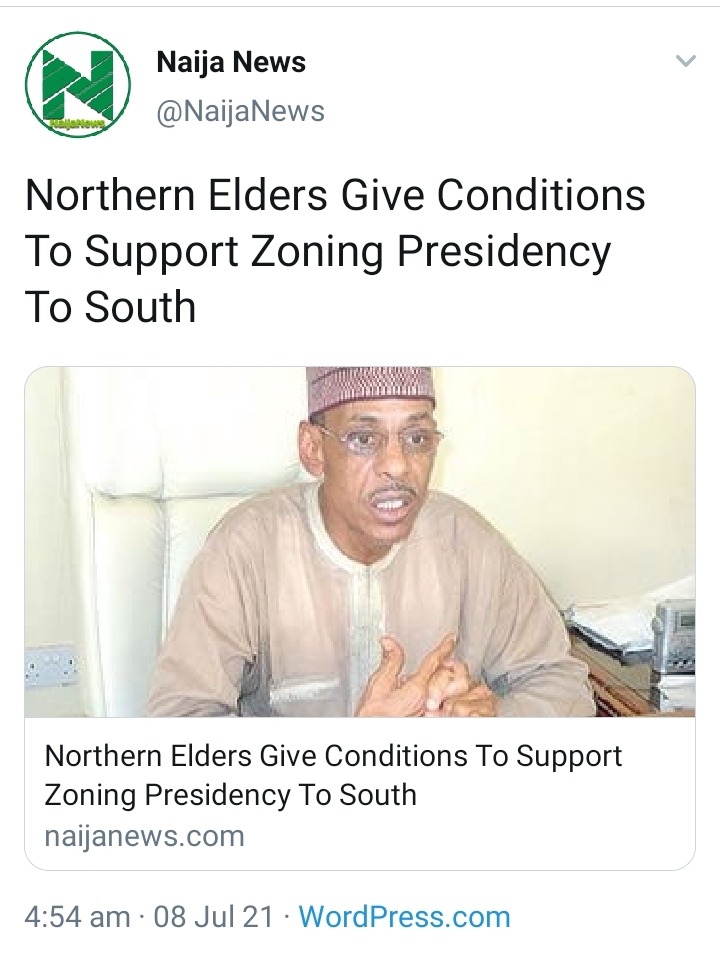 The Northern Elders Forum(NEF) has given conditions for the North to support the zoning of the Presidency to the South in 2023.

Speaking during a programme on Channels Television on Wednesday, NEF’s spokesman, Dr. Hakeem Baba-Ahmed, said for the north to support the southern governors’ demand for the 2023 presidency, they must give a convincing reason and present the right candidate.

Baba-Ahmed said: "Southerners will have to convince the northerners on what they stand to benefit if they shift power to the south." 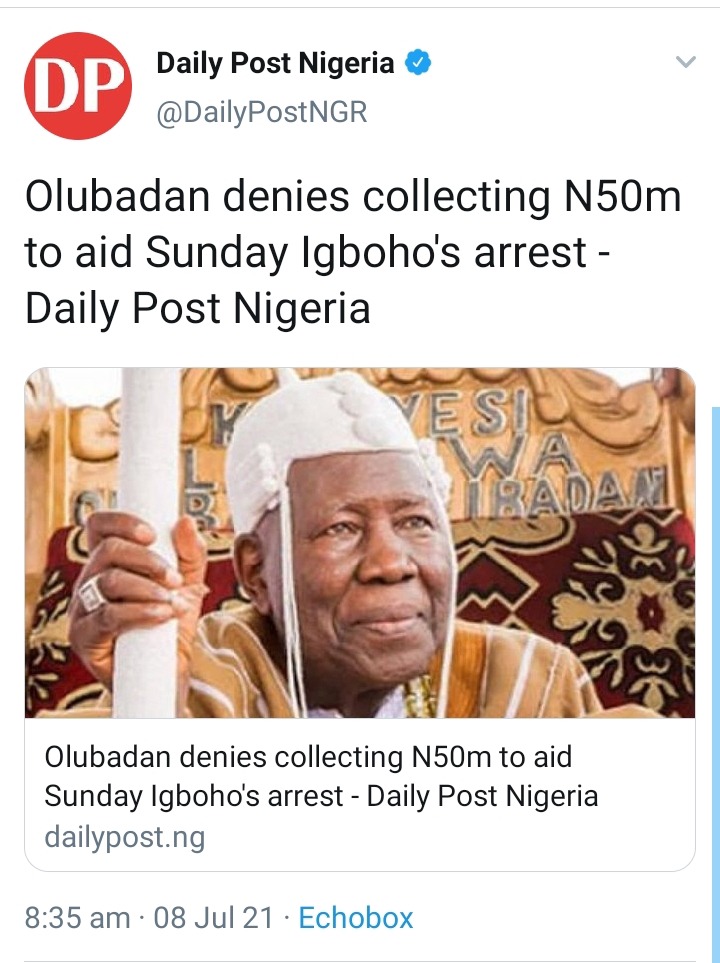 The Olubadan of Ibadan, Oba Saliu Adetunji, has denied receiving N50million from the Federal Government in order to make the arrest of Sunday Igboho possible. 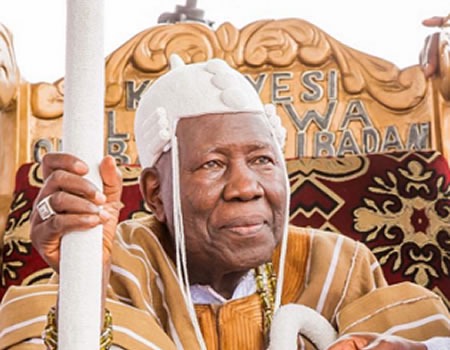 The monarch stated this as Yoruba Nation agitators staged a protest on Wednesday in Ibadan, Oyo State.

Mr. Adeola Oloko, the media aide of the Olubadan of Ibadan, said: “The protesters were here. Before they came, we have been hearing through news on social media that Kabiyesi received the sum of N50m for the killing of Igboho, or for his arrest to become possible.” 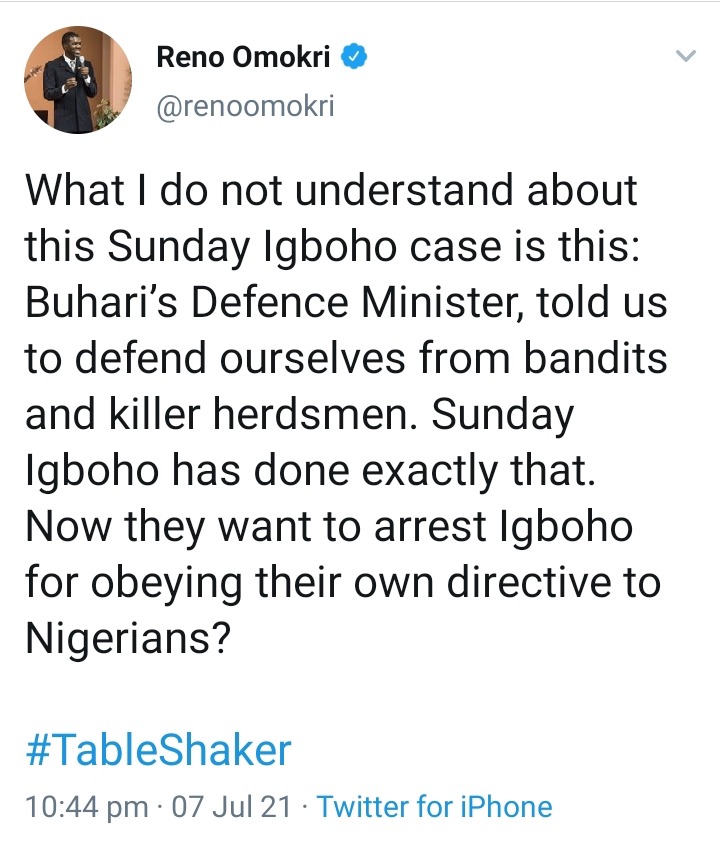 Former presidential aide to ex-President Goodluck Jonathan, Reno Omokri, has given reason why self-styled Yoruba activist, Sunday Igboho, should not be arrested.

According to the former aide, the Yoruba activist was only obeying a self-defense order by the Minister of Defense, Major General Bashir Magashi(retired).

In February, the Minister had told Nigerians not to be cowards but should defend themselves by all means against bandits and killer herdsmen.

In his reaction via a Tweet, Omokri expressed surprise why the Yoruba activist should be arrested for complying with Magashi's order.

"What I do not understand about this Sunday Igboho case is this: Buhari’s Defence Minister, told us to defend ourselves from bandits and killer herdsmen. Sunday Igboho has done exactly that. Now they want to arrest Igboho for obeying their own directive to Nigerians?" He added.

No Illegality In The Arrest Of Nnamdi Kanu- Malami 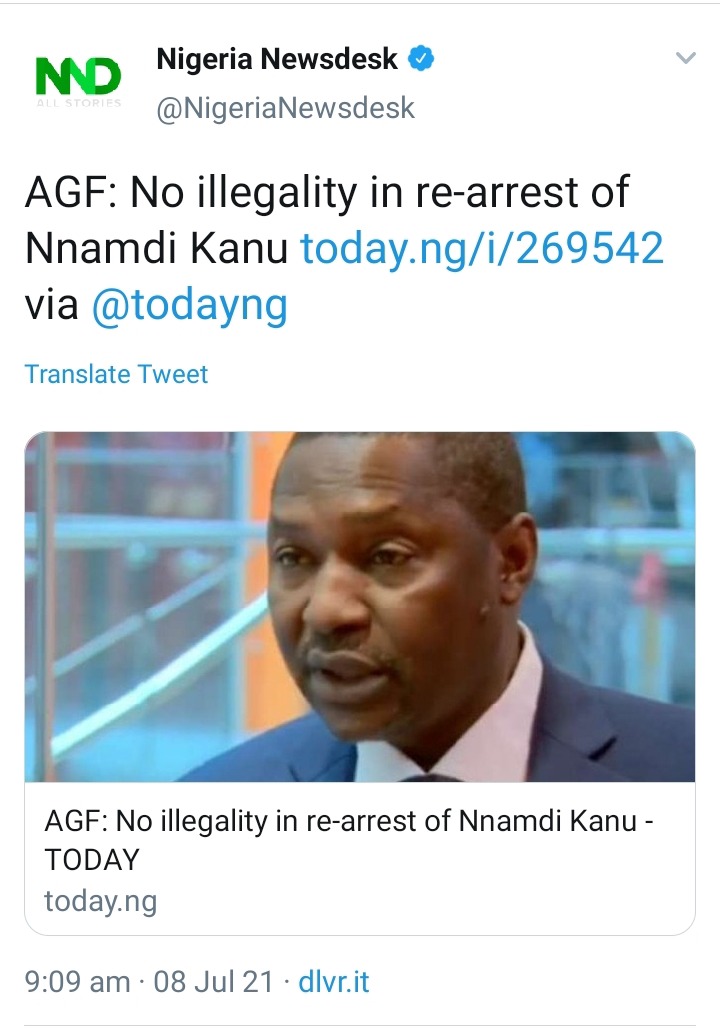 The Attorney General of the Federation and Minister of Justice, Mr. Abubakar Malami, has defended the arrest of the leader of the proscribed Indigenous People of Biafra (IPOB), Mr. Nnamdi Kanu, saying there was no illegality in the manner of arrest of the IPOB leader.

He has also described the views of the Solicitor General of Alberta in Canada, Mr. Kelechi Amadi, regarding the arrest of Kanu as an “outrageously ignoramus opinion that is eccentric and weird”.

Malami stated this yesterday in a statement that was issued by the Special Assistant on Media and Publicity to the Office of the AGF, Dr. Umar Gwandu. 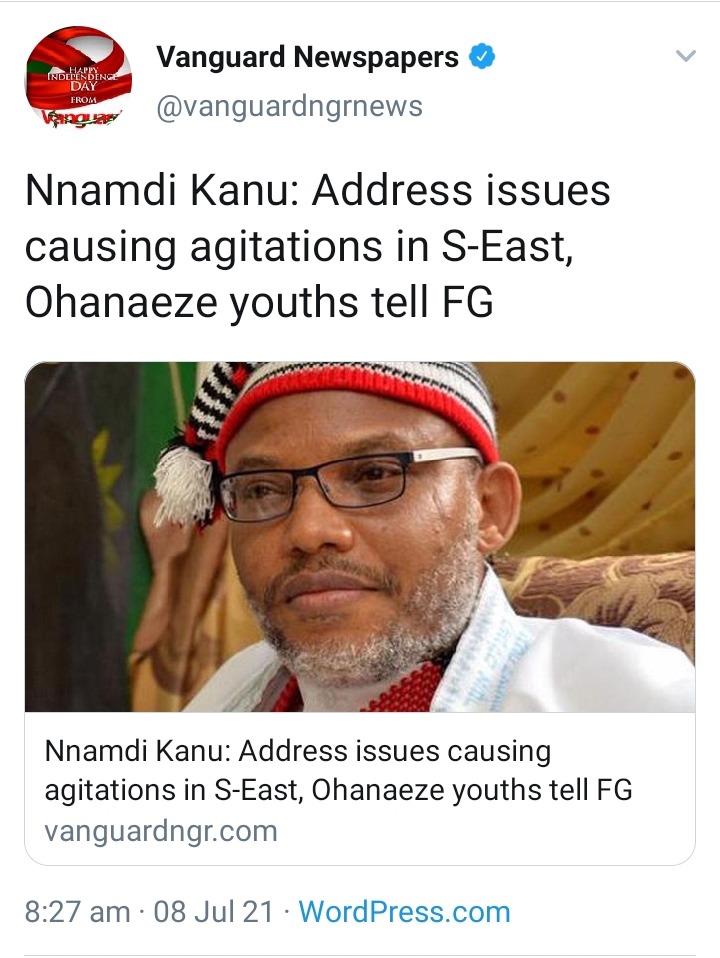 Ohanaeze Youth Council, OYC, the youth wing of the apex Igbo socio-cultural organization, Ohanaeze Ndigbo has urged the federal government to address the issues causing agitations in the South East part of the country.

The group said that giving attention to the issues of marginalization and political appointments would douse tensions in the zone.

OYC said it took time to react to Kanu’s arrest because it needed to gauge the pulse of the people, advising that the government should use this opportunity to address the various issues fueling the agitations.