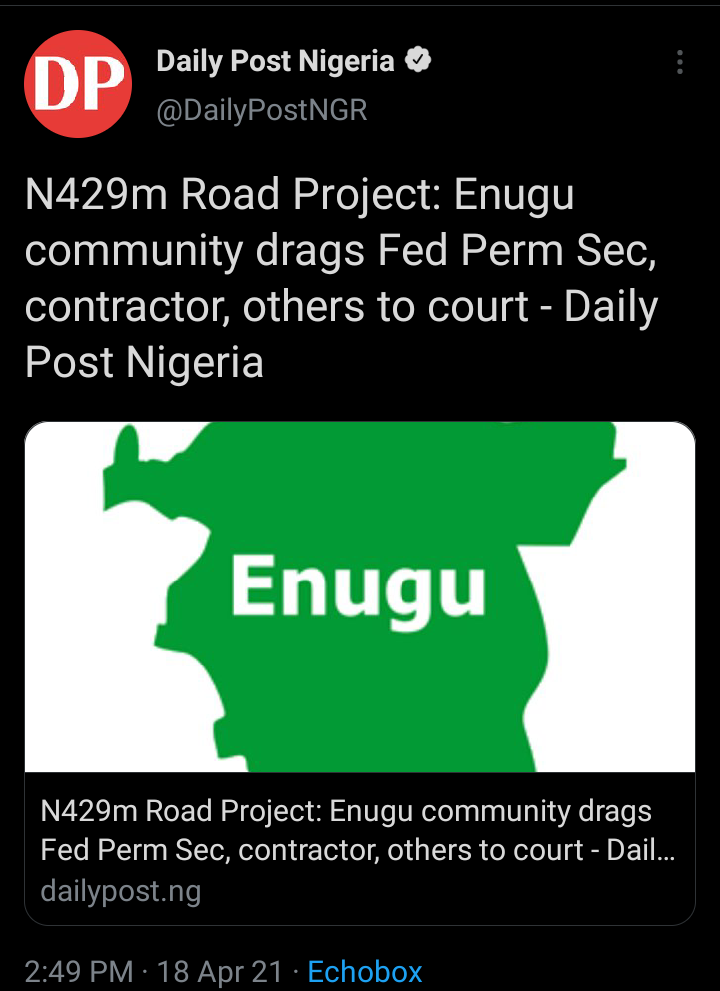 It is no more news that the Indigenes of Oma-Eke Community in Udi Council Area of Enugu State have dragged the Permanent Secretary, Ecological funds office, a contracting firm, Flab Engineering Services Ltd, and others to court over alledged non-execution of a 3.8 kilometre Ecological Fund Road Project.

Daily Post reports that the project valued at over 429 million naira was awarded by the Ecological Funds Office to check ravaging erosion menace in the area. 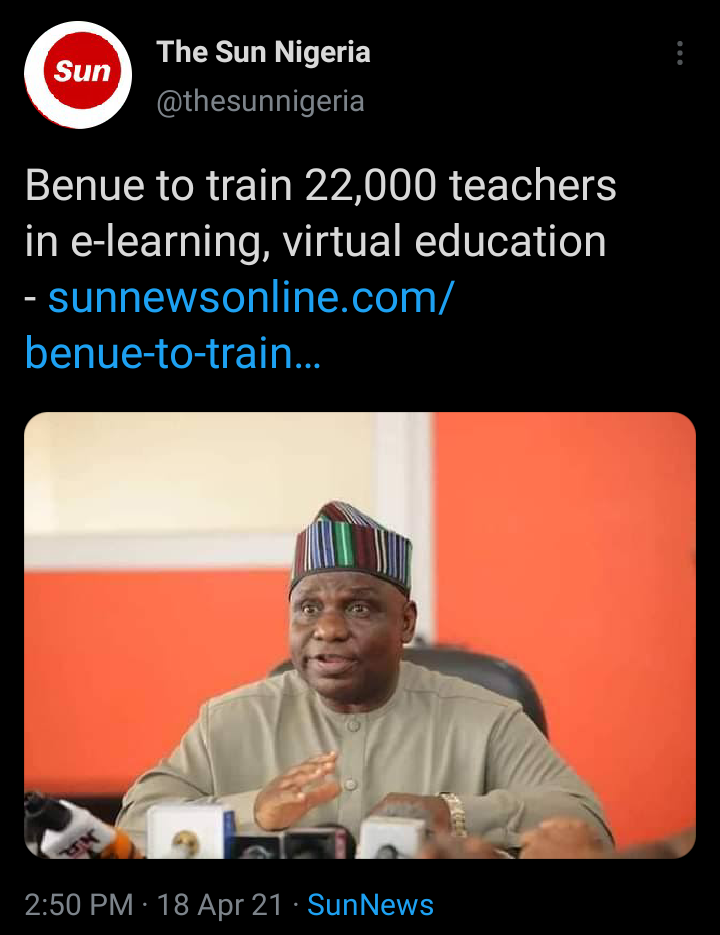 The Benue State Government have shown great commitment in making sure good, quality education is Administered in the state.

Recently, The Benue State Government is to train 22,000 teachers and lecturers in public schools to equip them with required digital literacy skills and ICT knowledge relevant for implementation of the e-learning and virtual education policy.

The Commissioner for Education, Prof. Denis Ityavyar disclosed this in a letter of approval for the pilot test access for selected schools and training of teachers and lecturers on the Benue e-Learning/Virtual Education ICT Resource Centre (BESEVIC). 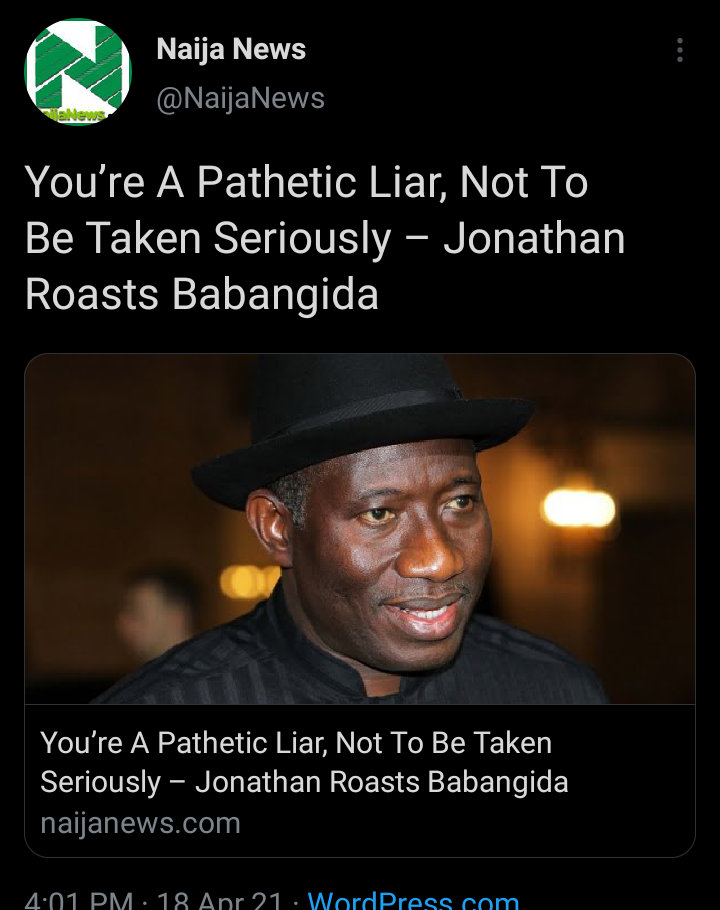 Goodluck Ebele Jonathan was the former president of Federal Republic of Nigeria and a chieftain in People's Democratic Party (PDP).

Recently, Jonathan lambasted the ex-governor o Niger state, Babangida Aliyu, for claiming he had an agreement with northern Peoples Democratic Party (PDP) governors not to run in 2015.

It will be recalled as earlier reported by Naija News that Aliyu while reacting to his suspension by the PDP in Chachanga Local Government Area of Niger, said the North would have lost out completely if Jonathan got reelected. 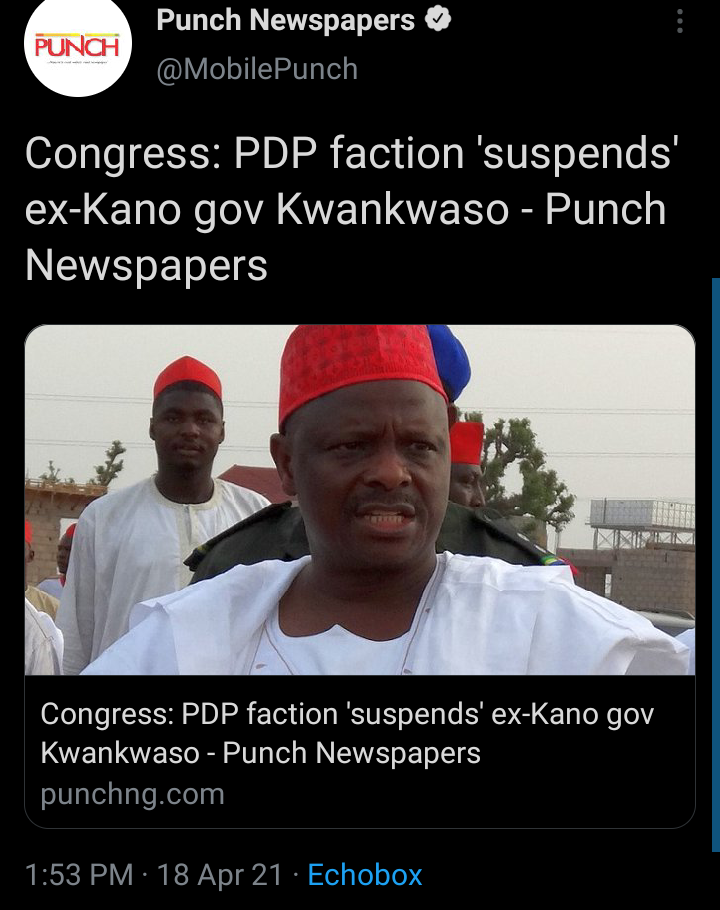 It is no more news that a faction of people's Democratic Party has suspended the former Kano state governor, Senator Rabiu Musa Kwankwaso for the crisis, that happened during the North-West Zonal Congress in Kaduna last week.

Kwankwaso’s suspension was contained in a query letter signed by its Secretary H. A. Tsanyawa, to the former Kano Central Senator by a faction of the party.

The PDP in Kano is factionalised with Senator Rabiu Musa Kwankwaso, leading a faction, while a former Foreign Affairs Minister, Aminu Wali, is championing the other group. 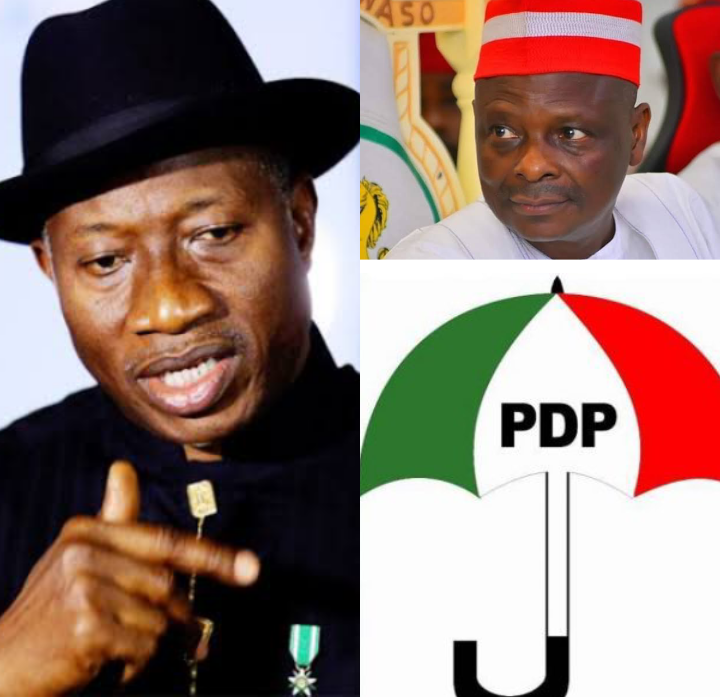