Opinion: Three Questions That Need Answers About The Fight Between Jarigbe Agom And Stephen Odey

The continuous drama and legal slug between Jarigbe Agom and Stephen Odey as to who is the rightful candidate of the Peoples Democratic Party (PDP) has, yet again, taken another shape, even after the Calabar Appeal Court declared Jarigbe winner. 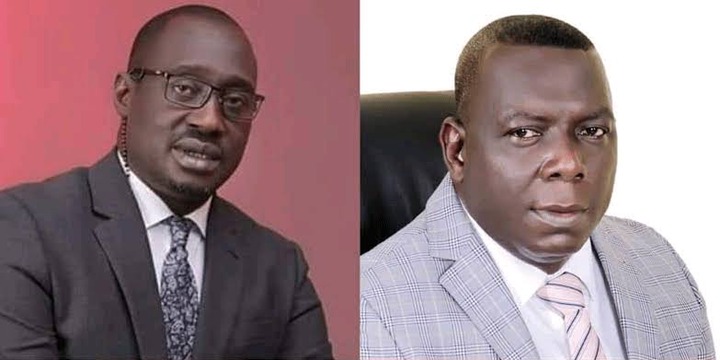 The tussle between Odey and Agom preceded the Senatorial by-election which took place on December 5, 2020. While several other by-elections held the same day in other states went on without any identifiable hitches, that of Cross River State has continued to generate uncomfortable interest, which has also hampered the political space of the state. This is why these three questions need answers

1. Why Does The Governor Have So Much Interested In This Case

Recall that before the Cross River North election, the governor and so many of his appointees have been pushing Stephen Odey on all social media platforms. When Late Senator Rose Oko was alive, the governor had no interest in the seat or the candidate. Why the interest now?

2. Why Have Stephen Odey Or Jarigbe Agom Refused To Concede Defeat

The political tussle between these duo has lasted more than 10 months. When Stephen Odey was sworn in as Senator, everyone felt the fight was over. But Jarigbe Agom continued filing cases against Stephen Odey. On July 30, 2021, the Calabar Appeal Court sacked Stephen Odey and declared Jarigbe Agom the winner. So many believed the matter was over, not until Odey took the case to the Abuja Appeal Court, asking for a review. None of them is ready to concede defeat.

3. What Is The Fate Of The Cross River North People

Are these two politicians considering the people they represent? This crisis might invariably deprive the people of the state and indeed, senatorial districts of the needed representation in the upper chamber of the National Assembly. We hope that the situation will not degenerate into one that will render the district unstable.