Is it possible for Europe to choose China over USA?

By Tech_Savvy (self meida writer) | 10 months 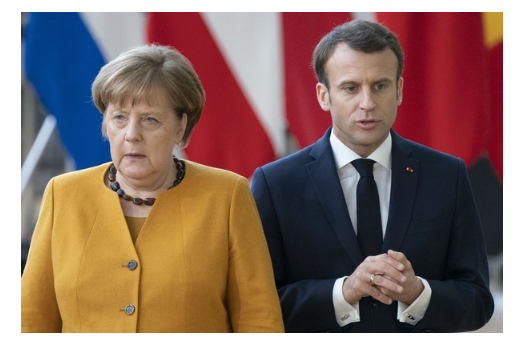 I don’t see it happening anytime soon and despite Brussels and London often criticizing US President Donald J. Trump, they do fold whenever they are confronted by real pressure from Washington. They lack the fortitude and courage to say, “no” to Washington’s demands, unlike Beijing and Moscow. European Union member states and the United Kingdom (UK) are reluctant to increase funding for EU and UK stand-alone Armed Forces. Consequently, they rely on alliances with the Pentagon to deploy the US military to defend their borders and territories. This explains the strong presence of NATO (North Atlantic Treaty Organization) in Europe. The military organization is largely funded by the Pentagon, which allows Washington to set foreign policy measures for the European continent. EU leaders will often pretend they are angry at President Trump, but it’s just a game. The only way European countries can break away from Washington’s meddling would be to take more proactive measures to establish a stronger military in their country. I had met a citizen from Switzerland who told me that his nation requires a strong self defense and requires all able-bodied adults to join the reserves for a set time-period. They are trained to handle firearms and willing to die to defend their motherland. Hence, they can enjoy greater sovereignty status in Europe and you never hear stories about the US bullying them. The rest of Europe should learn important lessons from Switzerland. Nevertheless, you will often hear about European leaders pledging to fight back against US foreign policy but the end result, they roll over. UK Prime Minister Boris Johnson had vowed to permit Shenzhen-based Huawei Corp. to play a significant role in British 5G telecom networks, but Boris already changed his tune after US Secretary of State Mike Pompeo threatened to impose economic sanctions on the UK.

A few weeks later, EU member states will follow suit. They will first announce their intentions to support Huawei and then Washington will threaten to withdraw from NATO and shut down their military bases in Europe and the next day all European nations will say they have just been enlightened and they will expel Huawei from their respective nation-states. Europe has no backbone and cannot be trusted, which explains why Washington, Moscow and Beijing keeping a distance from Brussels and London. Besides the European economy is flat-lining and will be devastated by the impact of the COVID-19 pandemic. The European economy will not enter a rebound stage this year and perhaps not next year either. Accordingly, Beijing gains very little benefits by targeting a closer alliance with the EU and UK. We have already witnessed them backing off of prior Huawei deals and that demonstrates their unwillingness to fight for a closer partnership and economic cooperation with China.

Let’s read more about the faltering China-EU relationship from the European Council on Foreign Relations.

According to ECFR: “Since the crisis erupted, the EU has shown more of a willingness to push back against Chinese disinformation campaigns, and has adopted measures to protect distressed European companies from being bought out by Chinese investors. But the most serious moves are yet to come. Europeans will soon start turning the talk of “diversification” into action. One way or another, the structural changes working through the global order may have eventually produced a new debate about China anyway. But now that covid-19 has laid bare both Europe’s dependencies and China’s true intentions, a strategic shift is well under way.” Europe will not choose China over the USA and even if President Trump gets re-elected Brussels and London will continue to follow Washington’s commands.

5 English Players That Are Originally From Nigeria (Photo)

"Isreal Has Never Been Defeated In Any War, God Will Protect Them Against Attacks By Arabs"- FFK