By Simonize (self meida writer) | 1 months 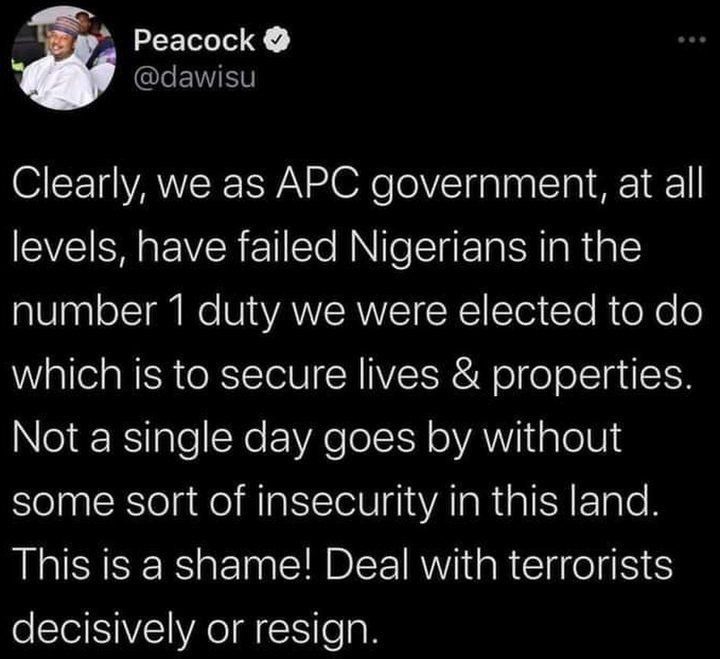 Kano State Governor Umar Ganduje has no doubt about his resignation, it must be held in good health.

He was accused of not taking his job as a job because he spoke against the government, which was against the law. 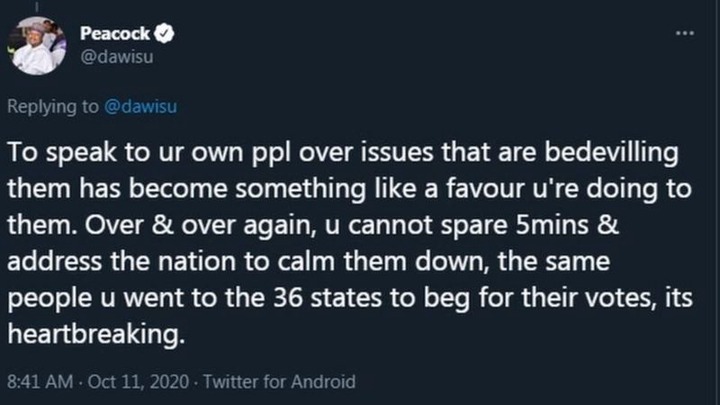 The Kano state government has therefore fired he, because it is not right to insult President Buhari.

Dawisu's ouster was first criticized by the government on his Twitter account, saying the government's action on the Endsars issue showed that President Buhari was no longer president. 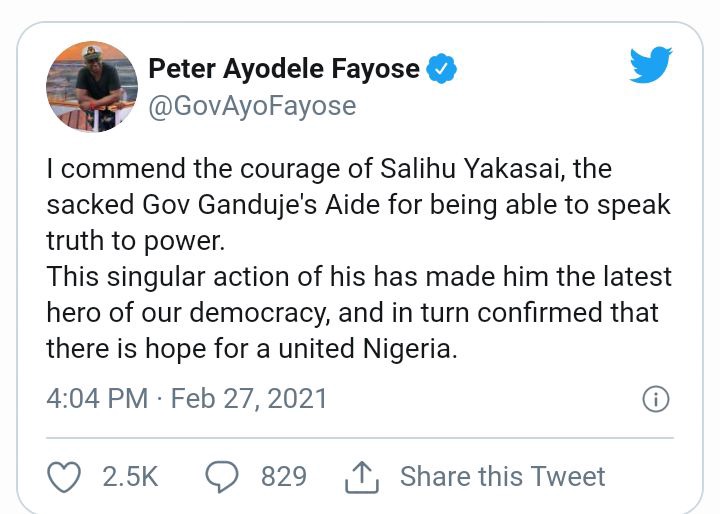 Recently, he said, the daily kidnappings showed that the outside government was not good enough.

Among the Nigerians who criticized the Kano state government's, on the move was former Ekiti state governor Ayo Fayose. 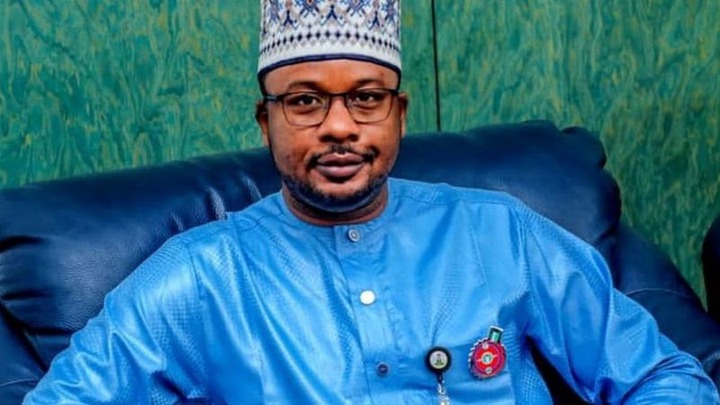 Fayose in his speech said that he spoke out against President Buhari's government, because he was following his right under democracy.

Content created and supplied by: Simonize (via Opera News )

Adeyanju Deji alleges That Pantami can no longer enter the UK, America and many other countries

The Prophet Who Predicted The Victory Of Buhari In The 2019 Polls, Reveals Who Will Succeed Him

By siding with Pantami, Buhari has revealed his stance on terrorism - Oby Ezekwesili