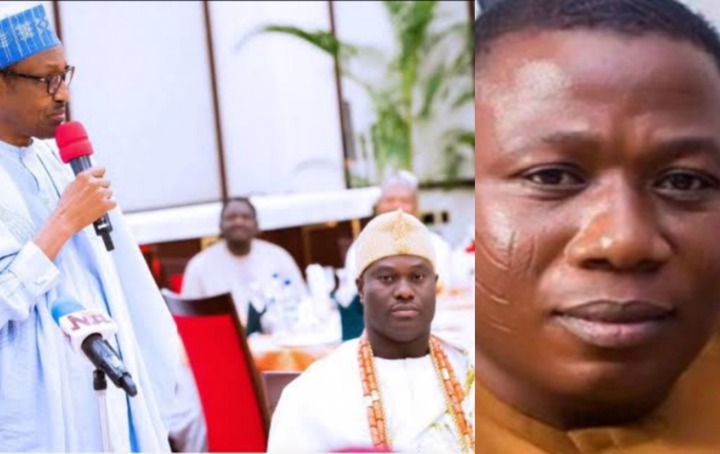 The Ooni of Ife, Oba Adeyeye Ogunwusi has disclosed that he was told by President Muhammdu Buhari to warn self-acclaimed secessionist agitator and Yoruba Nation activist, Sunday Igboho to 'stay calm and exercise patience' but he refused to heed the warning.

The highly revered monarch, who made this known during a chat with The BBC, blamed Igboho's current troubles on his failure to listen to traditional rulers and elders in the Southwest, adding that he surrounded himself with too many wrong advisers. 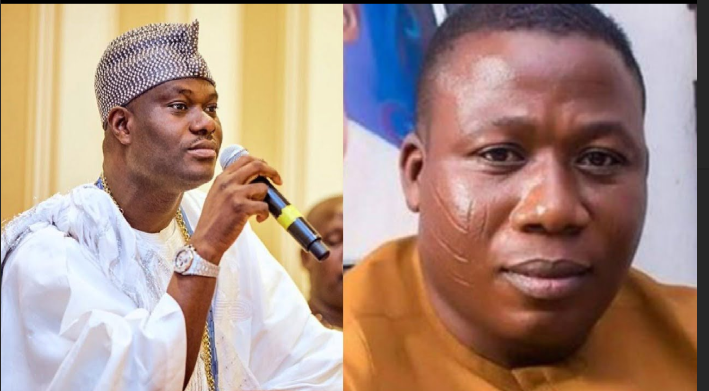 The Ooni noted however, that the Yoruba Nation freedom fighter was only moved by the zeal to fight for his kinsmen, especially those who were being killed in Oke Ogun in Oyo State.

"Igboho tried his best but was overwhelmed by different advice from different people. Many people advised him wrongly. He listened to them.

I visited President Buhari on his case and we discussed it. I told him that Igboho is our son, he told me that he (Igboho) should stay calm and exercise patience. The president told me that monarchs should warn him to be calm.

When I left Buhari's place, I called on monarchs and elders in Yorubaland for a meeting to warn Igboho to be patient but he did not listen. Rather, he started abusing everyone, including those monarchs I sent to him," Oba Ogunwusi said.

Igboho is currently in jail in the Benin Republic after he was arrested by immigration officials in Cotonou while trying to flee to Germany through the French-speaking country.