By Arewareporter (self media writer) | 7 months ago

A federal lawmaker representing the Maiduguri constituency has sacked his aide who allegedly praised Boko Haram Leader, Abubakar Shekau after he committed suicide last week. Linda Ikeji Blog reported that the lawmaker identified as Abdulkadir Rahis terminated the appointment of his aide, Tanda Bukar following a Facebook post in which he described Shekau as a "true hero."

Recall that the Shekau blew off himself last week after some fighters allegedly loyal to Islamic State of West African Province (ISWAP) invaded the Sambisa forest and took over its control. Reacting to the death of Shekau, Tanda has taken to his Facebook account to shower praises on the Boko Haram leader. He stated that he admired the courage of Shekau to terminate his life in such a way that even his corpse could not be traced.

The post however has led to the termination of Tanda as an aide to Abdulkadir Rahis. Rahis stated that Tanda's utterances and opinions are contrary to the interest of the Maiduguri constituency and their party.

"Your actions, utterances and opinion of recent are at variance with my interest, that of my constituency and our great party, the APC." The statement reads. 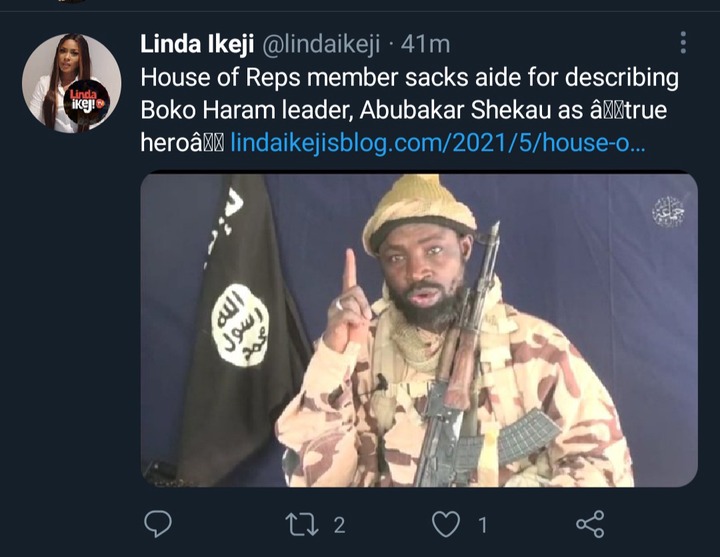 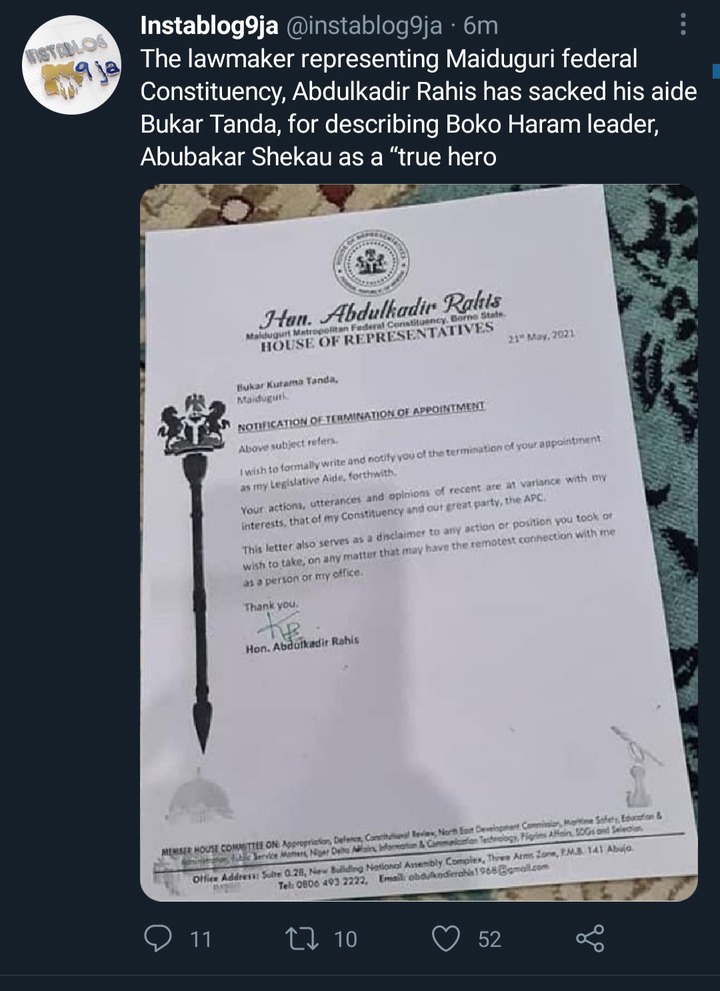 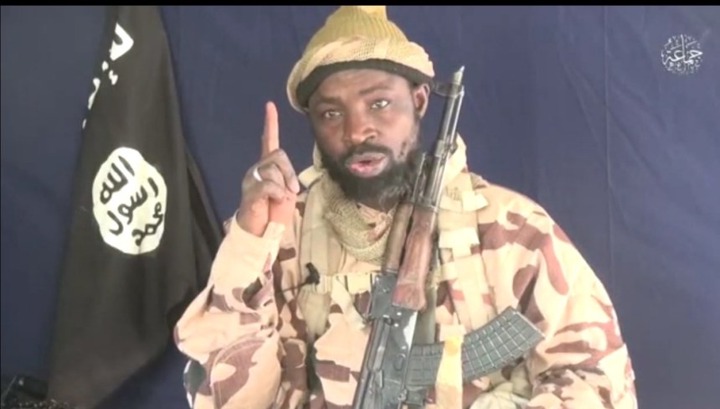 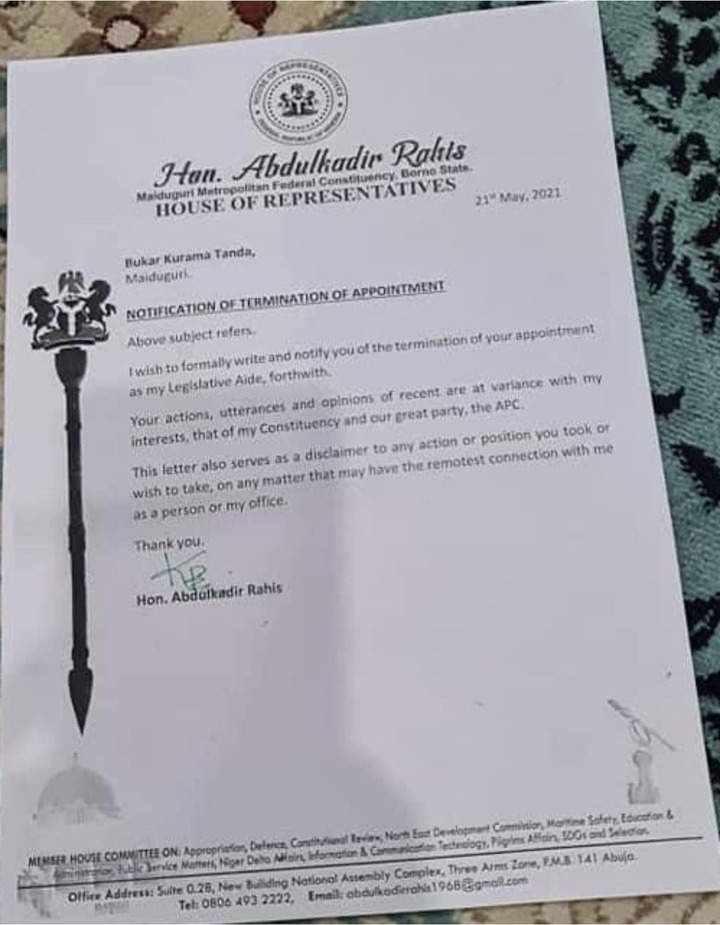