By Danielotiotio1 (self media writer) | 2 years ago 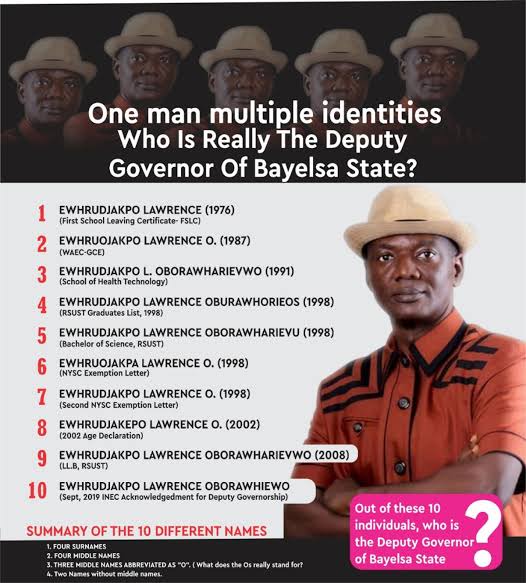 Following the announcement of the Bayelsa State Election Petition Tribunal, to adopt the final written addresses of both parties, on the 20th of July, 2020, both parties, and all Bayelsans are relieved, as, the long awaited judgement is near.

I would be using this medium to refresh our memories on all that has happened so far at the Election Petition Tribunal, holding at the Federal Capital Territory, Abuja:

1. It would interest you to know the Petitioner, Vijah Opuama and, his actual reason for approaching the Election Petition Tribunal.

Vijah Opuama, was the Governorship candidate, and, flag bearer of the Liberation Movement Party, at the November 16th Gubernatorial election in Bayelsa State.

​“The fact given rise to this Petition is simply that the 1st Respondent (INEC) conducted the Bayelsa State Governorship election on 16th November, 2019, from which election, the 1st Respondent declared the 3rd and 4th Respondents as winners on the 14th February 2020 after the decision of the Supreme Court nullifying the votes of APC in the said election”. 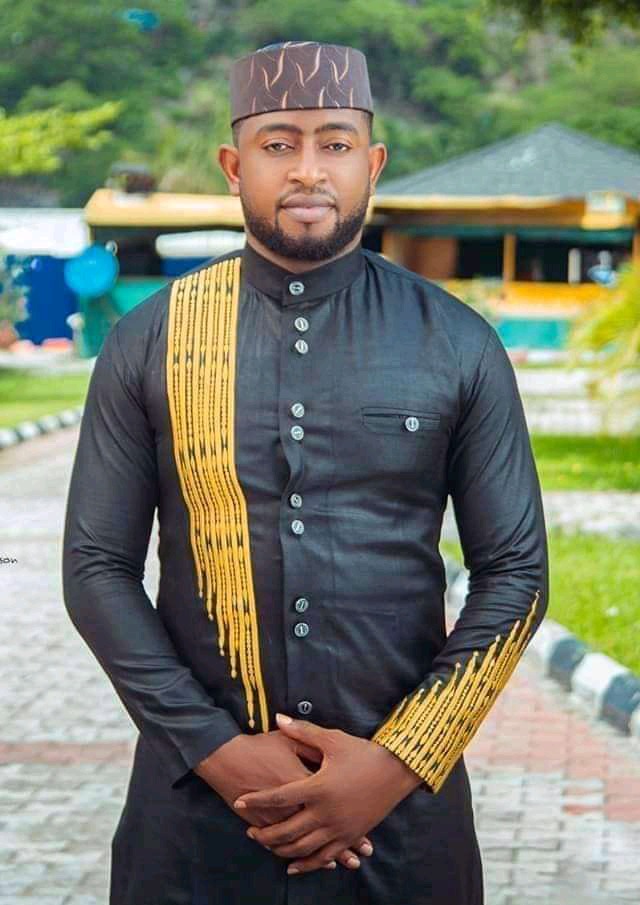 The Petitioner, Opuama became aggrieved, and rejected blatantly, the declaration of the 3rd and 4th Respondents (Douye Diri and his deputy) on the 14th February 2020 on four grounds, as follows:

1. The 3rd and 4th Respondent were at the time of the election, not qualified to contest the election;

2. The 4th Respondent, Sen. Lawrence Ewhrujakpo, had submitted to the 1st Respondent (INEC), an affidavit containing false information of a fundamental nature in aid of his qualification.

3. The 3rd and 4th Respondent were not duly elected by majority of lawful votes cast at the election.

4. The election of the 3rd and 4th Respondents is invalid by reason of non-compliance with the provisions of the Electoral act 2010 (As Amended)”. The petition goes further that:

1. That, it may be determined that the 3rd and 4th Respondent were severally and jointly not qualified to contest the election, to the office of Governor of Bayelsa State, held on 16th November, 2019.

2. That it may be determined and declared that, the 3rd Respondent (Sen. Douye Diri), was not duly elected or returned, by majority of lawful votes cast at the election to the office of Governor of Bayelsa state, held on 16th November, 2019.

3. That it may be determined that, the Bayelsa state Governorship election of 16th November, 2019, be nullified for substantial non-compliance with the provision of the Constitution of Federal republic of Nigeria, 1999 (As Amended); Electoral Act, 2010 (As Amended), and its place, make an order for fresh election to be conducted by the 1st Respondent with the Petitioner and other qualified candidates.”

Finally, in the first petition, he concludes that:

“We submit that this petition is competent and ought to be determined on merit as there is no feature in it that robs this Tribunal of jurisdiction to entertain and determine same.

We submit with respect that, we have successfully, proved beyond reasonable doubt that, the 3rd and 4th Respondents were at the time of the election, not qualified to contest the election of 16th November 2019 and, we urge my Lords to so hold.

However, INEC is bent on the Tribunal, dismissing the Petition, and upholding the victory of Douye Diri. 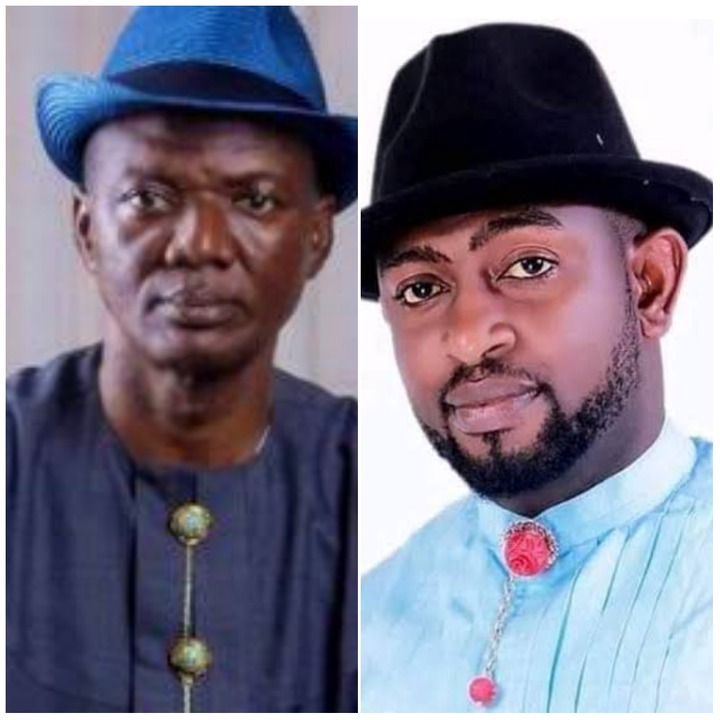 But, the petitioner, in his Final Written Address, alleges that, the fourth respondent, Senator Lawrence Ewhrudjakpo, forged his NYSC certificate. 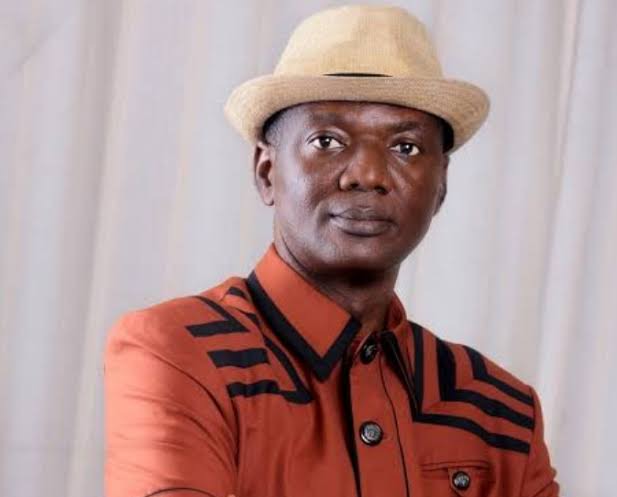 A part of the petition reads that -

“…to find and hold that the 4th Respondent submitted a forged NYSC exemption certificate in his INEC Form CF001, EXH-P9 to INEC knowing same to be false/forged. By the above evidence, the Petitioner has shown beyond reasonable doubt that the NYSC exemption certificate attached to EXH-P9 is forged. THE 4TH RESPONDENT’S DEGREE CERTIFICATE FOR SECRETARIAL ADMINISTRATION DATED 3RD FEBRUARY 1998 IS FORGED AND OR CONTAINS FALSE INFORMATION.”

Furthermore, Opuama alleges in his petition that:

“We submit that the 4th Respondent is only attempting to lay claim to certificates that do not belong to him in the first place. May we refer My Lords, to EXH-P12, which is the Judgment of the Supreme Court that lead to the emergence of 3rd and 4th Respondents as Governor and Deputy Governor respectively. In this, the 4th Respondent who deposed to EXH-P16 was emphatic that his full name is simply EWHRUDJAKPO LAREWNCE.”

“My Lords, in part A (personal particulars), of 4th Respondent’s form, he stated his surname as EWHRUDJAKPO, and other names as, LAWRENCE OBORAWHARIEVWO. It is a false statement by the 4th Respondent that, his other name is OBORAWHARIEVWO; as, all the documents that identify him as a person, do not bear this name; especially, his Voter’s card, which contains his identification details, for the purpose of election, as he has presented himself to INEC. The following documents, further show clearly that the 4th Respondent gave a false statement as per his other names:

1) All his statutory declaration of age in EXH-P8 and EXH-P9, state on oath that, he has no other names and has no relationship with the name OBORAWHARIEVWO. This other name is suddenly claimed by the 4th Respondent, in order to lay claim or ownership of the certificates bearing the name Oburawharieos or having the initial O.

2) The 4th Respondent’s permanent voter’s card, issued to him upon registration as attached to P9 contains, all his particulars as a registered voter, with right to vote and be voted for, states that he does not bear the name OBORAWHARIEVWO; and, is not known by that name. Sections 9, 10(1)(2)(3) of the Electoral Act, 2010 (As Amended), requires that, at the time of registration as a voter, a person must appear in person with documents that will prove his identity, age and nationality, upon which the voter is registered and issued with voter’s card, conferring on him the right to vote and be voted for. Any correction of the name of a voter in the voters’ register has to comply with section 19 of the Electoral Act. It is also an offence under section 24(1)(b) of Electoral Act, 2010 for a voter not to supply full information required for his registration as a voter which include his other names.

3) The 4th Respondent’s Primary School or First Leaving School certificate issued on in EXH-P9 shows that, he does not bear the name OBORAWHARIEVWO, and he is not known by that name.

4) The 4th Respondent has not deposed to any affidavit of change of name, to adopt the name OBORAWHARIEVWO; and, he has no deed poll or any official gazette to show that, he has subsequently adopted the name in compliance with sections 4(4) of the National Civil Registry Act.

To cap it, Opuama averred that: “My Lords, the summary of above is that all the documents that identify the 4th Respondent as a person shows that he has never borne the name OBORAWHARIEVWO as part of his name. Same is only now being claimed by the 4th Respondent in order to appropriate educational certificates that were issued bearing this name and present same as his own''.

In a nutshell, the Petitioner, Vijah Opuama, is leading a case of forgery against the sitting Deputy Governor of Bayelsa State; and, the court is set to adopt the final written addresses today. We pray these all end well, in praise.