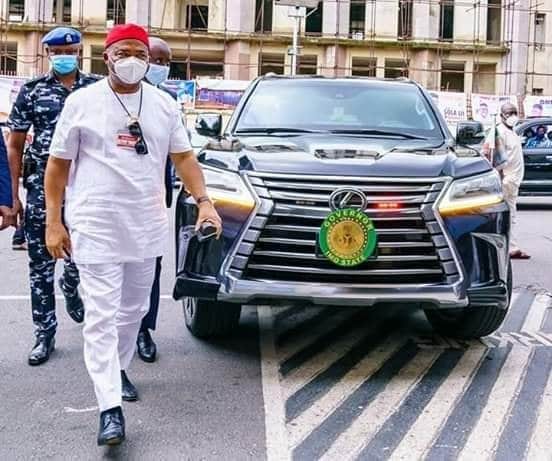 IMO ON THE MARCH TO PROSPERITY THROUGH UZODINMA.

_January 14, 2020,_ remains a historic day of Liberty and Prosperity for Imo people. This is the day the Lord of host returned through the monumental judgment of the Supreme Court the mandate of the free and dynamic people of Imo state.

Imo people have been held down by scam synonyms such as Redemption, New face, Rescue and Rebuild. On the heels of the January 14th historical judgement, the people of Imo and environs breathed natures air of liberty and prosperity. H.E Senator Hope Uzodimma from the evening of the historical 14th January hit the ground running. On the 15th, he was sworn in as executive Governor of Imo State. He read out his Prosperity agenda and cushioned it with the 3R trajectory. As time and days rolled on actually just like about ten days on, he brought on board his team. First to make the list of the astute cabinet was the indefatigable legal practitioner and renowned lawyer of note, Barr. Chief COC Akaolisa, Chief Cosmas Iwu and Chief Barr Nnamdi Anyaehie. Not forgetting that the Deputy Governor is an ebullient world renowned Professor of Agriculture and former Vice Chancellor of Micheal Okpara University of Agriculture, Umudike Umuahia.

Going forward, Nnamdi Anyaehie is a legal practitioner, former State Chairman of the PDP, scion and CEO of the John Anyaehie business conglomerate

Then the Secretary of Government Chief Sir Cosmas Iwu is a two time Secretary to the Imo State government, tested administrator, human resource management expert, beyond all; two time senatorial candidate for Okigwe and one time. deputy Governorship candidate. Chief Iwu is an all round leader of his people and Imo state. In the light of the above and going forward, H.E Governor Hope Uzodimma( Onwa) has proven through his star studded cabinet that he was prepared for his job as Governor of Imo state. Check out Dr. Batos Nwadike( Oyi of Igboland) a 2011 Presidential Candidate of the People's Mandate Party( PMP) as Special Adviser Political Matters to the Governor. Hon Barr(Mrs) Ngozi Pat-Ekeji is Special Adviser Strategy/ Development to the Governor. She was minority leader 2011- 2015 in the IMHA. An accomplished business lady and M.D of Pimtek Ltd. In the same light is Chief Sam Nwaire who is Special Adviser to the Governor on Power/ Energy, Nwaire as astute leader was former General Manager of TCN of Nigeria in Abuja 2010- 2013, Chief Operation Officer of Eko electricity Distribution Company of Lagos 2014- 2019.

Let us have a break and interrogate which dingo is after Uzodimma's administration and six month record as Governor of Imo State. With an array of competent Special Advisers, Senior Special Assistants and top functionaries of Government,

The aforementioned top Government functionaries are great minds with massive cognate experiences. At this point, baring all exigencies, like Corona virus pandemic,

In the past six months of the administration, the ebullient Governor has recorded milestones. He has lived up to his election signature promises. To wit: Bringing the Construction giant Julius Berger to come and thrill Imo people with the real roads. The two major trunk ''A'' roads in Imo state vis the 54 kilometre Owerri-Okigwe road and the 34 kilometre Owerri- Orlu road. He has signed the Mou with USAID to provide portable water to the cosmopolitan cities of Owerri, Okigwe and Orlu.

The solidly prepared Governor has reinvigorated and strengthened the health sector to face unforeseen health hazards. The capacity Governor has fortified the security arrangements in the state with the Operation Search and Flush outfit. Governor Uzodimma has refurbished, regrassed, repainted, reconstructed and added vintages to Douglas House that the place looks like Transcorp Hilton Hotel Abuja. So who are the dingos that dare say Uzodimma is not a Governor of high frequency and class? Yet this is just morning in the March to Imo Prosperity.