Hushpuppy: a product of Federal Government

Hushpuppy: a product of Federal Government 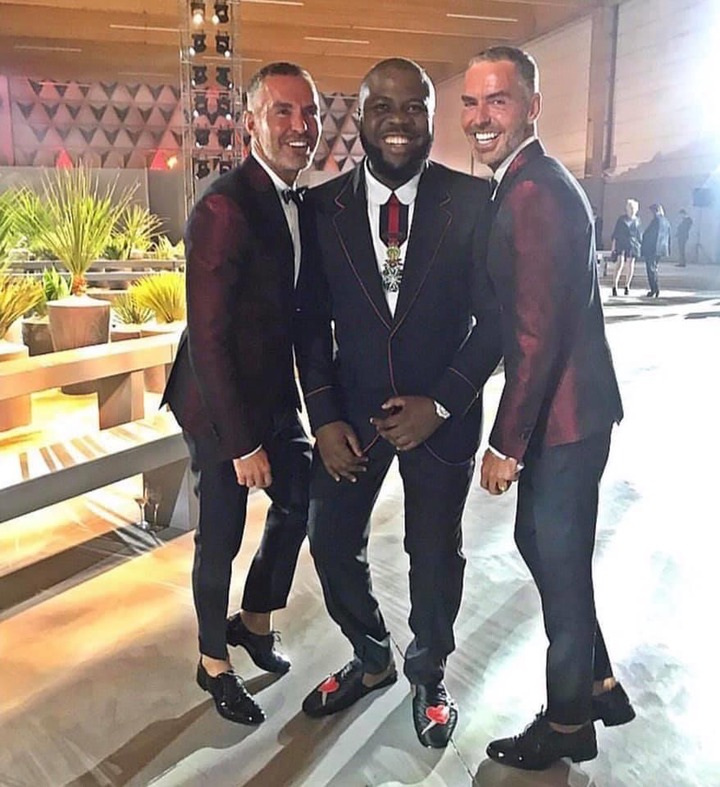 About two years ago, I think, My 30 year old son showed me the bill payment of a night club receipt totaling N11.0M. I know my son moved around in a circle of friends and some were privileged children. I have raised my children well and I think they came out of the oven better prepared for life than I did when I was their age.

I asked him with a deep frown who paid for this. It was a receipt from some high brow night club on Ozumba Mbadiwe Road, Victoria Island called Quilox. He said some funny guy had declared “surplus” for everyone and it was “MAD”. I wondered how something that was MAD could have been anything but MAD. He did mention the generous man’s name but I wasn’t acknowledging any of that. If I may, I have passed by that club several times on my way back from site installations at wee hours of the morning and the Ozumba Mbadiwe road would be blocked completely with no help in sight. The level of debauchery, the sight of scantily dressed ladies and the lack of any sense of responsibility or care in the faces and mode of dressing of the young men always gave me a feeling of despair and I conclude that this was a wasted generation or signs of arrested development at best.

You may get points for throwing shades at Mr. Hush Puppy, rant and rave at him but the quiet and amiable mien of the young man, chubby cheeks and a fair gait, gave him the look of an over pampered child who could do no wrong, but that is where it all ends. The man is said to have, in conjunction with others also arrested, fleeced over 1,000,000 persons and families of the monies meant for their stimulus cheques for the Covid 19 epidermic, ( Source: US Government).

I have tried to wrap my head around the amount of monies wasted on luxury items. From wrist watches to heavy gold ornaments, luxury cars and so much more. I see a desperate attempt to hide from a childhood of poverty by buying anything and every thing he does not need to compensate for those things he never had as a child.

The Hushpuppi in all of Us

As expected, with the arrest of Hushpuppi came the barrage of criticism and condemnation. However Nigerians have refused to see it as an opportunity to look inside and condemn not just the man who was caught but also the system and culture that produced him. It is important to condemn and reform the system and culture because there are many more Hushpuppis out there and many more to come in the future if the machinery of the Nigerian culture and system continues as is.

You see, there is hardly any culture in Nigeria at the moment that asks questions about the source of a man's overnight wealth. Even the tribes who used to pride themselves on holding people accountable e.g the Yoruba now have a generation of youths who say 'gbogbo wa ni ole, eni tile mo ba ni barawo'; translated 'we all steal but only the one who is revealed at dawn is the thief.

Why do we all pretend like Hushpuppi is not the profile of the new Nigerian youth who glorifies wealth more than hard work? If you are genuinely not like Hushpuppi, you are among a few endangered species about to go extinct. Hushpuppi is not an isolated case. He is the product of a larger system and culture.

Hushpuppi was made by the government who have made a habit of owing pensioners who have served their state and country meritoriously for 35 years but have to die without their entitlements as senior citizens simply because some big man has 'invested' their pensions and is collecting returns for himself.

Hushpuppi was made by the kings who collect huge bribes in exchange for chieftaincy titles without asking how the money was made.

Hushpuppi was made by the musicians who sing songs like 'if you don't have money, hide your face'

Hushpuppi was made by the police who guard people with questionable sources of income while leaving the poor unprotected. The police who discourage you from reporting suspicious elements in your neighbourhood because when you do, they will reveal your identity to the person you went to report.

Hushpuppi was made by the big man who oppresses the poor among us saying 'Do you know who I am?'

Hushpuppi was made by the new age Nigerian showbiz merchants who drive luxury cars and live in luxury mansions yet have not released any blockbuster movie or platinum record all their career. The civil servants who have property that could only have been gotten from 'other sources' It is one thing to have no verifiable source of income like Hushpuppi, it is another to live a lifestyle that is over and beyond what we all know your income can afford.

Hushpuppi was made by the stand up comedians who desensitize the populace saying things like 'Hustle o...so that law enforcement will not come to arrest your neighbors and leave you' as if it is a sin to not do crime. Just wait as someone comes at me saying "that was just a joke now"

Hushpuppi was made by the motivational speakers who say it's better to be the big man inside the car than to be the bodyguard inside the rain as if there are some jobs that are undesirable.

Hushpuppi was made by the Pastors and Imams who collect tithes and offerings from people with questionable wealth and look the other way. This is why crime is increasing at almost the same rate that churches and mosques are springing up. Somehow these shady elements have come to believe that ill gotten wealth isn't so bad once they've given the church or mosque a good portion.

Hushpuppi was made by all of us. Infact only very few of us do not have a Hushpuppi lurking somewhere inside our minds waiting for an opportunity to express himself.

We are a people for whom there is more Dignity in wealth (quick and from any source) than in labor. Maybe the many years of poverty under military rule or the sudden unrestricted affluence of the era of civilian rule have helped to make us want money ar all costs. Whatever it is, we need to look inward now and attack the problem from the root otherwise this is the generation of the Hushpuppis....

Hush puppies Every where you go..before I put the phone down for the evening, I have attached some photographs here for your viewing. How did Hushpuppi, a man with no particular identifiable source of income take photographs with a respected Nigerian political leader; Mr. Dino Melaye

We are simply a nation of anyhow people and anything goes.

WE ARE NOT ALL CRIMINALS....

An Igbo man, Chidi Ogbonna returned a whooping N1.8million he found inside a carton of Indomie he bought in Enugu.

When asked why he returned the cash despite the hardship ravaging the country right now, he said the money was not his, so there was no reason keeping it. Heroic!

Content created and supplied by: 9ja2day (via Opera News )