The Minister Of Niger Delta Affairs, Akpabio Accuses Reps Of Bullying Him During Hearing 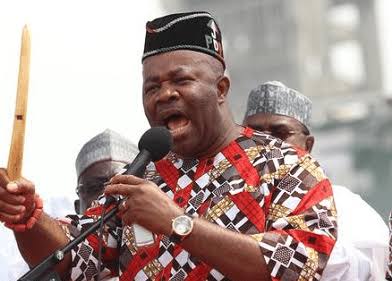 The Minister of Niger Delta Affairs, Senator Godswill Akpabio, has accused the House of Representatives Committee investigating financial mismanagement in the Niger Delta Development Commission, of bullying him.

The hearing had earlier witnessed a scary scenario which saw the acting Managing Director of NDDC, Prof Kemebradikumo Pondei collapse during investigation. Akpabio and Pondei were invited by the House of Representatives committee to investigate accusations of mismanagement of funds.

After Pondei was excused out of the hearing because of health concerns, it was the turn of Akpabio to be queried by the committee. As the scrutiny and questions kept pouring in, Akpabio accussed the committee of bullying him all in the name of investigation.

The committee Deputy Chairman, Thomas Ereyitomi, had asked Akpabio if the 3 major projects he had carried out had the approval of the Federal Executive Council. As Akpabio was answering the question, he was interrupted in the middle of his answer. Akpabio who didn't like the interruption immediately described it as bullying.

However, Thomas replied Akpabio by stating that he is not being bullied by anyone. Thomas stated that the committee only wanted Akpabio to answer the question directly. Thomas assured Akpabio that the essence of organizing such a section was to enable the committee to hear his own side of the story.