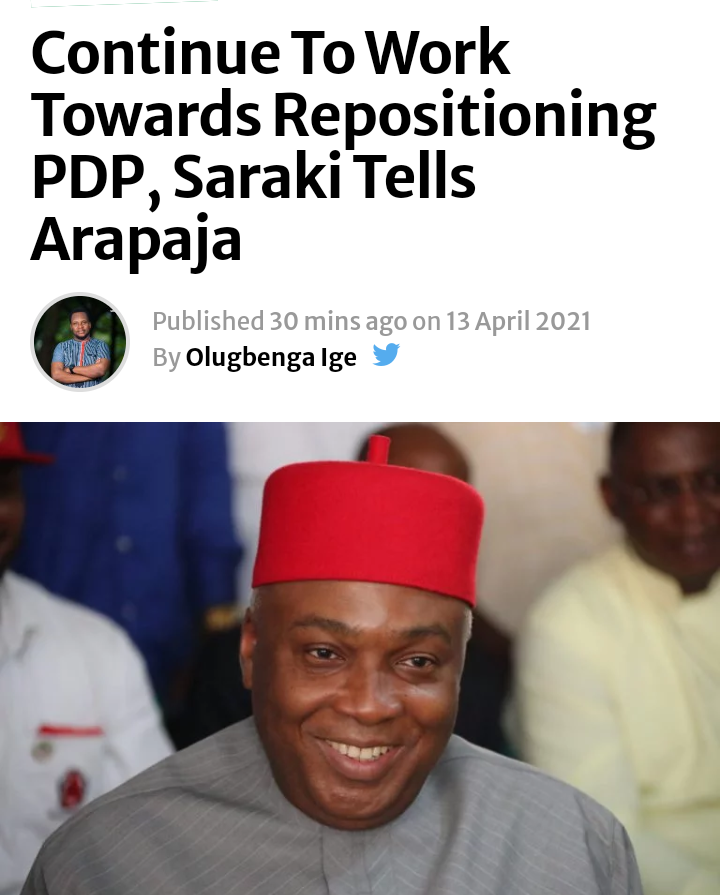 Former Senate President, Bukola Saraki has asked the new South-West Zonal Chairman of the Peoples Democratic Party (PDP), Ambassador Taofeek Arapaja, to continue to work towards the ongoing reformation and repositioning of the party.

He made this known via his Twitter page on Tuesday while congratulating Arapaja on his emergence as PDP South-West Zonal Chairman.

Recall that Arapaja emerged winner of the election by defeating Eddy Olafeso with a total of 343 votes against his opponent’s 330 votes.Saraki wished Arapaja, the PDP, and all the new zonal executives, all the best and urged them to be loyal and work for the success of the party.

His tweet read, “I congratulate the leaders and stakeholders of our great party for the successful conclusion of the PDP South-West Zonal Congresses yesterday.

“I also congratulate Amb. Taofeek Arapaja, who was returned as the South-West Zonal Chairman of the @OfficialPDPNig, and all the new zonal executives of our party in the region. 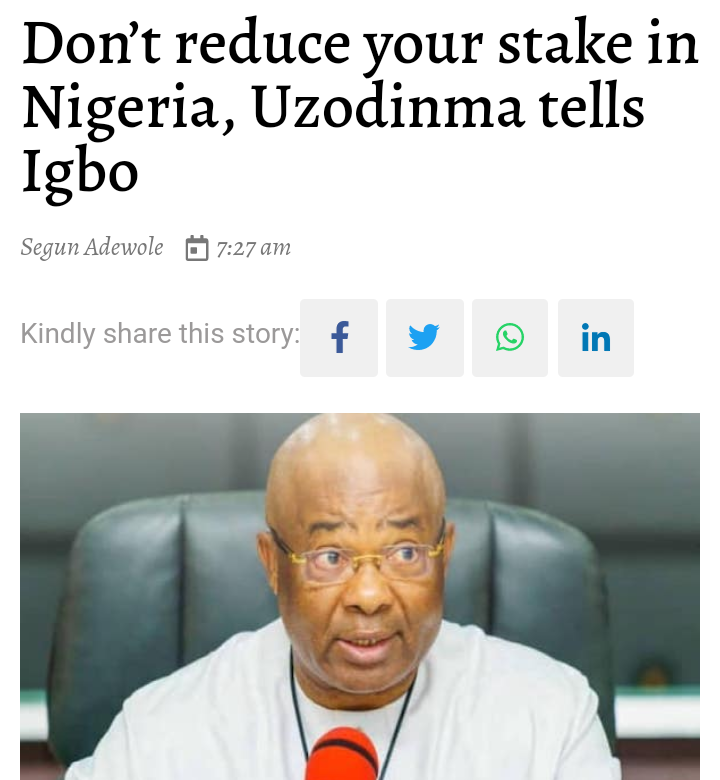 The Governor of Imo State, Hope Uzodinma, has advised the Igbo ethnic group “to jettison every action and activity that would reduce the high stake (their) region has in the country so as to produce the next president of Nigeria.”

Uzodinma said this in Owerri, the Imo State capital when he welcomed his counterparts from the other states of the South-East and stakeholders of the region to its first security summit last Sunday.

“Igbo are major stakeholders in Nigeria as they constitute the second largest population of every city in Nigeria,” he said.Our people have more stake in real estates in virtually all the major cities in the country, our people control the commanding height of commerce all over the country.”

The Governor explained that no ethnic group in Nigeria is more united than the Igbo. 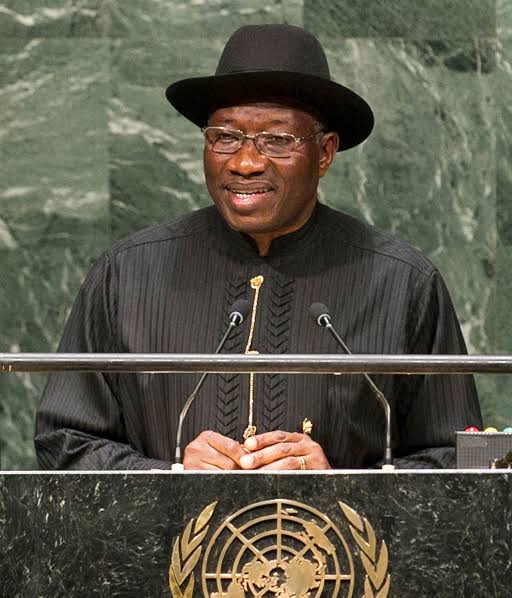 Former President, Dr. Goodluck Jonathan said, on Monday, that the Judiciary should not select political leaders. Dr. Jonathan, made this known at a youth foundation programme hosted by the founder of TOS Foundation, Osasu Igbenedion in Abuja, where he spoke as a guest.

He said, “The issue of the judiciary I don’t want to make a comment but one thing as a politician, let me reiterate what I have said somewhere that in Nigeria today, the judiciary selects political leaders. It is not the best.

The ballot papers should be the basis of selecting political leaders. If it is the judiciary that will select, we are not yet there. It is delicate but I have made a public statement before and I will always make it. 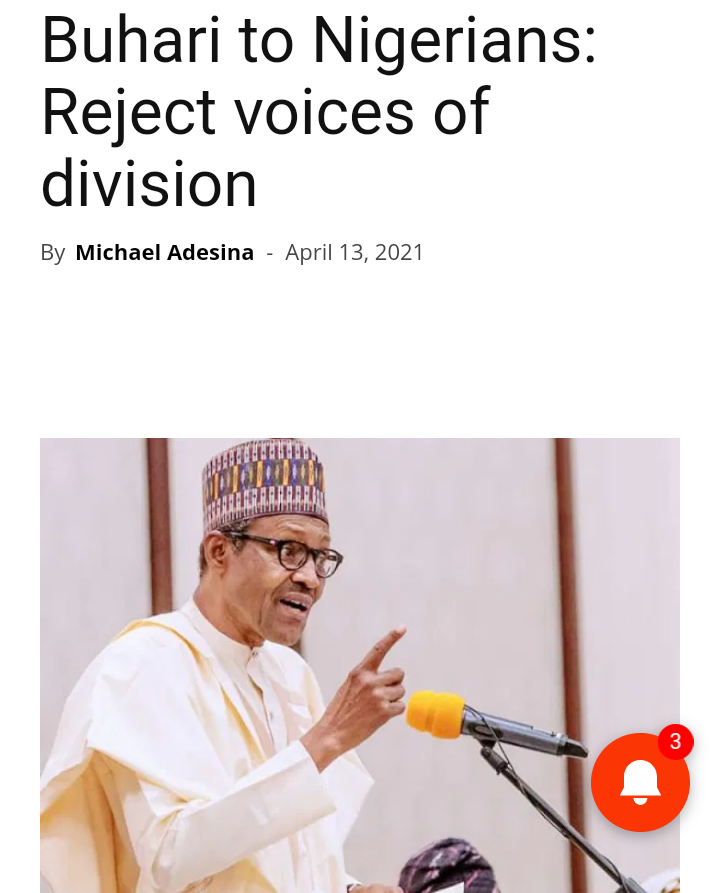 President Muhammadu Buhari has urged Nigerian Muslims to reject voices that seek to divide the nation. Buhari made the call in a message on Monday to mark the beginning of Ramadan which was contained in a statement made available to journalists by his Senior Special Assistant on Media and Publicity, Garba Shehu.

The statement was titled ‘President Buhari welcomes Ramadan, asks citizens to remember the poor and the Internally displaced.”

It read, “President Muhammadu Buhari on Monday welcomed the beginning of Muslims’ holy month of Ramadan, which marks the commencement of 30 days of fasting.

“In a message to the nation to mark the occasion, President Buhari prayed to Allah to accept our sacrifices and increase the unity, solidarity, peace and prosperity of the natioHe urged Muslims in the country to exercise patience and tolerance and reject voices that seek to divide the nation.

“He also urged all citizens to show compassion to the millions of the less endowed and remember those that have been displaced by conflict in their charity and prayers in this important period. 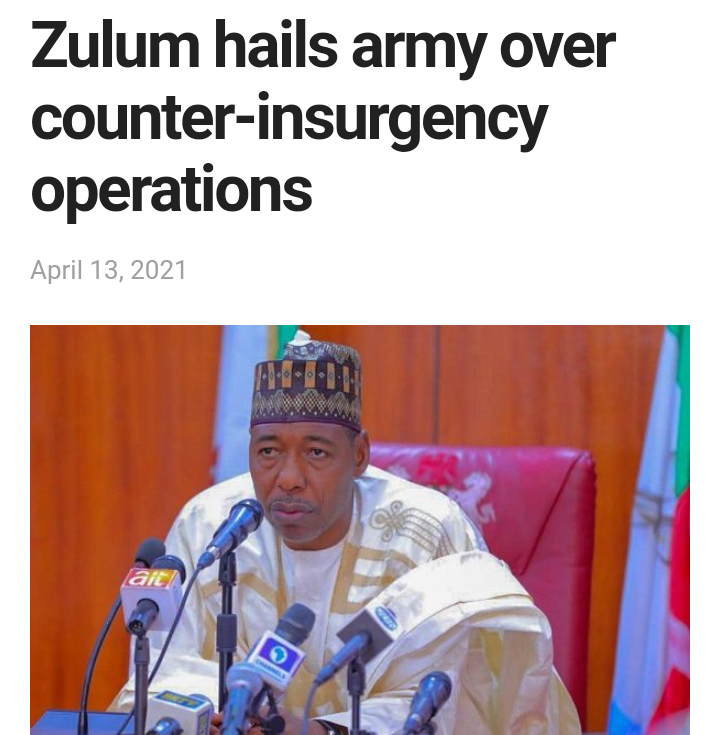 Borno State Governor Babagana Zulum has commended the Army for its renewed vigour in counter-insurgency operations by troops of Operation Lafiya Dole in the Northeast.

Zulum gave the commendation when he visited the Chief of Army Staff, Lt.-Gen. Ibrahim Attahiru in Abuja on MondayHe said the military had achieved some level of success in the fight against Boko Haram and the Islamic States West Africa Province (ISWAP) terrorists in recent times in the state.

The governor said the current effort of the military had been yielding positive results, adding that more needed to be done to ensure that more farmers had access to their farmlands.

He called for increased support by troops to the government’s efforts of resettling the displaced persons back in their communities. 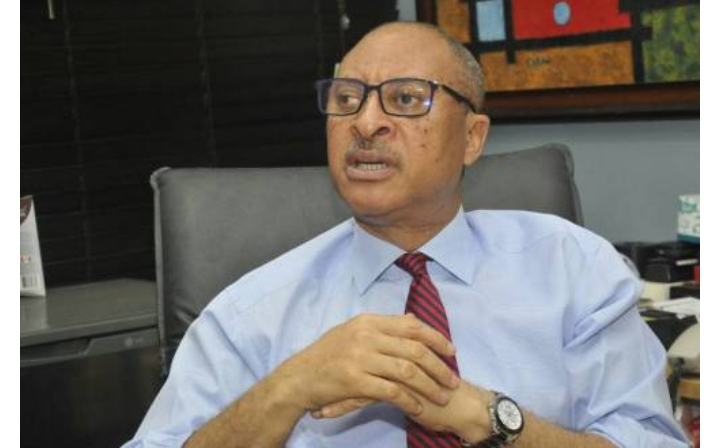 Utomi said, “The calibre of people who became politicians in Nigeria is a terrible mistake for our country. People have travelled from citizenship to idiocyA former presidential aspirant, Patrick Utomi, has given a damning verdict on Nigerian politicians in a sweeping characterisation that includes President Muhammadu Buhari, Bola Tinubu, and other political figures across various party lines.

Utomi said, “The calibre of people who became politicians in Nigeria is a terrible mistake for our country. People have travelled from citizenship to idiocy.”

Utomi is now describing the country’s politicians as a terrible mistake for the citizens.

A politician himself, the economics professor, stated this at the 26th Annual Pre-Ramadan Lecture held in Lagos.

“Nigeria is travelling in the wrong direction. This is the problem. The gap between them and us is pushed in this emotional pulse,” Utomi was quoted to have said by Punch.We seem to stumble from crisis to crisis. In Nigeria, everything you say that seems to be structured, people dismiss it. They say, ‘Na grammar we go chop?’

“They forgot that every action starts from a theory. But this anti-intellectual disposition, not thinking, makes us create mountains in a small manhole and put our country in a state of permanent crisis. 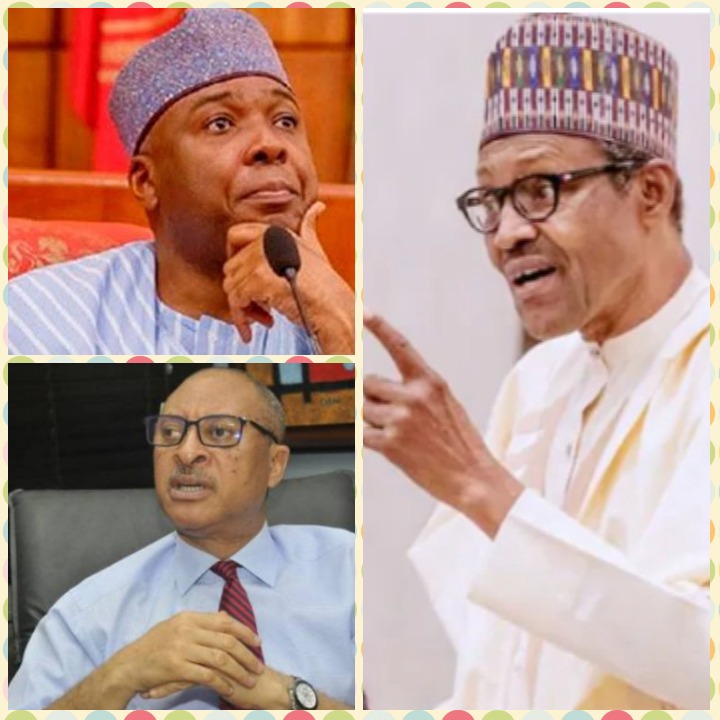 Opinion: A PDP Leader In Osun State That Brought The Party To Limelight