On Monday, the Executive Governor of Oyo State, Engr Seyi Makinde donated about two Land Cruiser Prado jeeps to leaders of the Peoples Democratic Party in the state.

Photo: The two leaders were being given the cars here 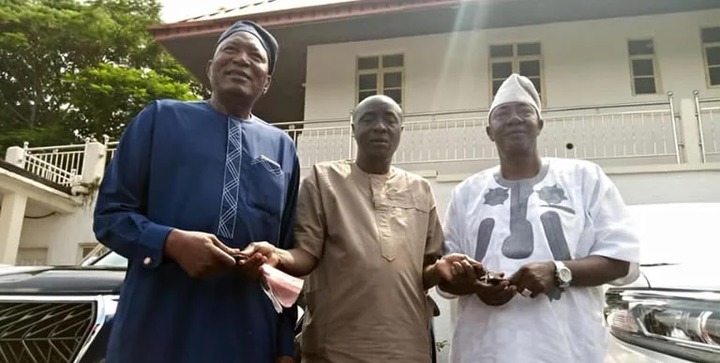 The beneficiaries of the gifts are the immediate past Chairman, Kunmi Mustapha, and the newly elected Chairman of the party, Dayo Ogungbenro. The donation gesture was coming barely 24 hours after the party had conducted its congress.

Recall that the congress had marred with parallel one as two chairmen emerged at the end of the exercise. However, hoodlums disrupted PDP factional congress in the state.

The gang of thugs had unleashed violence and damaged not less than fifty vehicles at the Jogor Center, a venue where the factional arm of the party had been conducting its parallel congress.

It was gathered that the hoodlums had stormed the venue from the back gate and were heard shooting sporadically into the air, hacking anyone they come across.

Though the thugs disappeared into the air as Makinde extended an olive branch to the aggrieved members, saying Peoples Democratic Party will unite its members and Nigeria as a whole. Here is a reason cited while gifting the cars to the party leaders.

The donation has hinged on the loyalty of the party leaders. 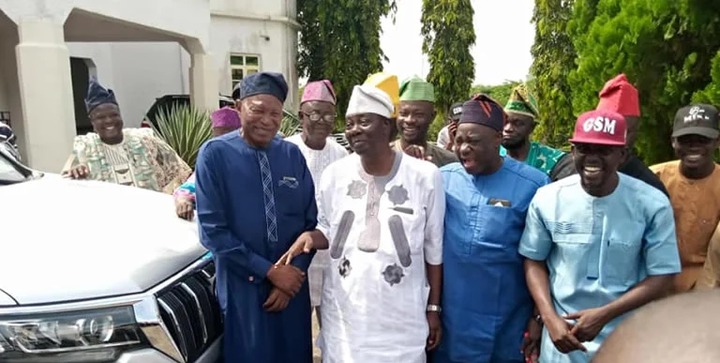 This is the reason given by the publicity secretary of the party, Akeem Olatunji, who confirmed the donation on Monday, noting that it took place at the State Government House, Agodi, Ibadan. According to him, the leaders were rewarded for their loyalty. This is contained in a report published by the Punch.

Meanwhile, mixed reactions have continued to trail the donations of the cars to the party chairmen. Some social media have commended the governor, saying the good gesture would be a morale booster for the politicians.

However, the majority of people have kicked against the idea, saying it is a waste of resources and ill-timing. But, here is the main reason given for gifting the luxury cars to the party leaders.