Today, I write this article to air my thoughts about one of the current happenings in Edo State. Particularly about the flag bearer of the All Progressives Congress, APC, in the coming gubernatorial election in Edo State, Nigeria.

I do not wish to take sides. Rather, I want to sit on the fence with one truth, that the yesterday's rejected stone may become the chief corner stone tomorrow. Arguably, no one has the future at the tip of his/her fingers. Man can only propose a thing, while God disposes whatsoever he wills.

In the 2016 gubernatorial election in Edo State, Ize Iyamu happened to be the gubernatorial candidate of the People's Democratic Party, PDP, while the incumbent Governor Obaseki was a member of the APC.

Apart from the power of incumbency, I think one of the major reasons why Ize-Iyamu lost to Godwin Obaseki in 2016 was because of his blemished image. He was sorely painted with all kind of blemishes during the mega campaign of the APC in Edo State. If I can recall vividly, Adams Oshiomole said, Ize-Iyamu was corrupt and dangerous criminal. He recounted the life of pastor Ize-Iyamu as a university undergraduate, how he never finished as a law student because he poured acid on a fellow student at the university.

Neglecting the fact the pastor Ize-Iyamu has a pending case in court, his victory at the polls in September is now a major priority for the erstwhile National Chairman of the All Progressives Congress, APC, Comrade Adams Oshiomole. The person he has once soiled his name and spoken ill of for the victory of Governor Godwin Obaseki is must be washed of the blemishes and be made sparkling. 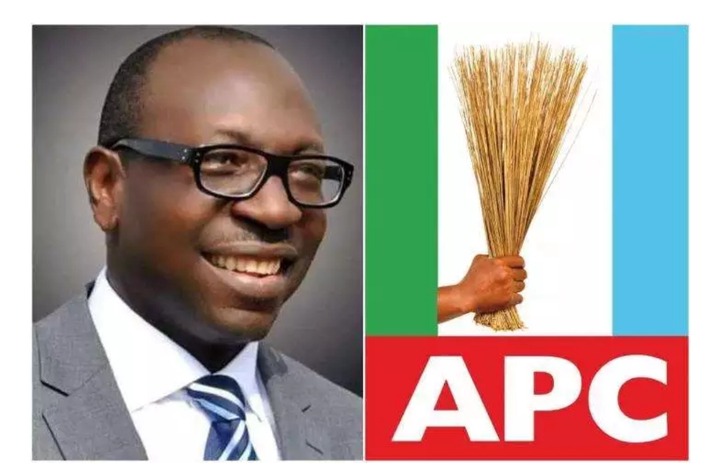 I wish to say that though the Godwin Obaseki faction already has a selling point, they should not be too joyous about the coming elections because Ize-Iyamu may bounce back and enjoy a tenure of 4 years at the Government House in Edo. He might become the chief corner stone tomorrow and that would really be a shock to the world.