As Protest Is Set Against Water Privatisation, Here's What May Happen If The Bills Pull Through

By Olatunbosunsuccess (self media writer) | 7 days ago 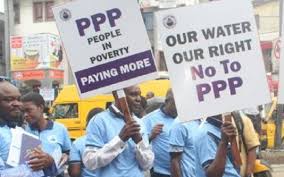 As reported by The Nigeria Tribune, the civil society and labour activists across Africa campaigning against water privatisation will organize the first-ever Africa Week of Action against water privatisation from October 11-15, 2021. The dates for the week of action were chosen because they coincide with the World Bank and International Monetary Fund Annual Meetings slated for October 11 to 17.

Meanwhile, the "Our water our right" coalition is to further establish the pushback against water privatisation in Africa Continent. World Bank has been said to be one of the biggest advocates of water privatisation across the globe. Since the bill has been presented at the National Assembly a couple of years ago, here is what may happen if the bill is passed into law; 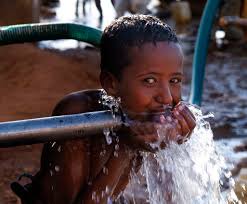 First of all, it will make life miserable for the majority of the fishermen in the riverine areas, especially those who depend on fishing as a means of livelihood. The majority of them will lose their source of income since they will have to obtain a permit before they can cast their nets in their ancestral rivers.

Not that only, most of these fishermen are an older generation without any form of formal education, this will make any process put in place for them to obtain a license or permission from the government before they can fish on their rivers very cumbersome, indirectly, many of them would be put out of the means for survival. 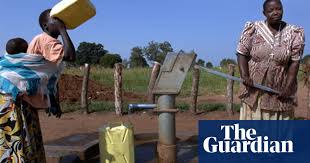 Further from that, there is another aspect that will likely make the bill a nightmare to the society especially those communities with natural gas and other resources that can be found below the water. The law will automatically turn petroleum into the property of the private organisations since the water will then belong to the government, everything in the water will also belong to the government including petroleum.

More so, the 3 per cent derivative for the host community that people are still saying is too small may be scrapped totally. Looking at all these disadvantages that the bill will bring to a common man, I do not think passing it should be contemplated by any government that cares about the masses.

5 Nigerians To Watch Out For This Weekend