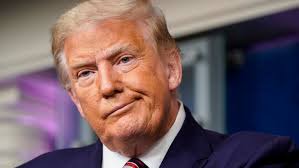 1. Donald Trump was sent to Military School for Bad Behavior in his teen years.At the age of 13, Trump was sent to the New York Military Academy (NYMA) due to behavioural problems in his previous school. His parents believed that a little discipline would fix the conduct of this pretty rough young fellow. While he was there he earned the title of a loudmouth bully as the residents remembered. 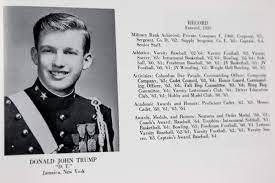 2. He starred in Home Alone 2: Lost in New York

When Kevin walks into the Plaza Hotel for the first time and asks for directions? It is Trump who plays the two-second role

of the Good Samaritan that directs him to the reception. Those pleasant manners have made him unrecognizable for years.

3. In 1990, Donald Trump won a Razzie for Worst Supporting Actor for his role in Ghost Can’t Do It.

4. Trump sued Bill Maher for calling his father a monkey.

5. Trump doesn’t drink alcohol. His brother was an alcoholic and died because of his addiction in 1982.

6. SPY Magazine once sent some of the world’s richest people checks of 13 cents to see who would cash them. The only people to do so were an arms dealer and Donald Trump.

7. Trump has been sued 3,500 times by his business partners, contractors, clients, employees, and banks.

8. Trump’s hair is real. He gets his haircuts from his wife Melania.

9. As of 2017, at least 24 women have accused Donald Trump of inappropriate sexual behavior in several incidents over the last 30 years.

11. Trump has filed bankruptcy, eight times for his business properties between 1991 and 2009.

12. Trump uses a cheap tanning lotion on his face and hands.

13. Trump has never filed for personal bankruptcy, but six times he’s filed for bankruptcy for his business properties between 1991 and 2009.

15. Donald Trump's father was a Nazi sympathizer and supporter of the KKK. He was arrested at a Klan rally in New York, but being super-rich was able to get out of charges.

Content created and supplied by: Zemzo (via Opera News )

How to sell anything online

TOP 5 Richest Kings/Emirs In The World.

Between Rihanna and Nikki Minaj, who is more fashionable?